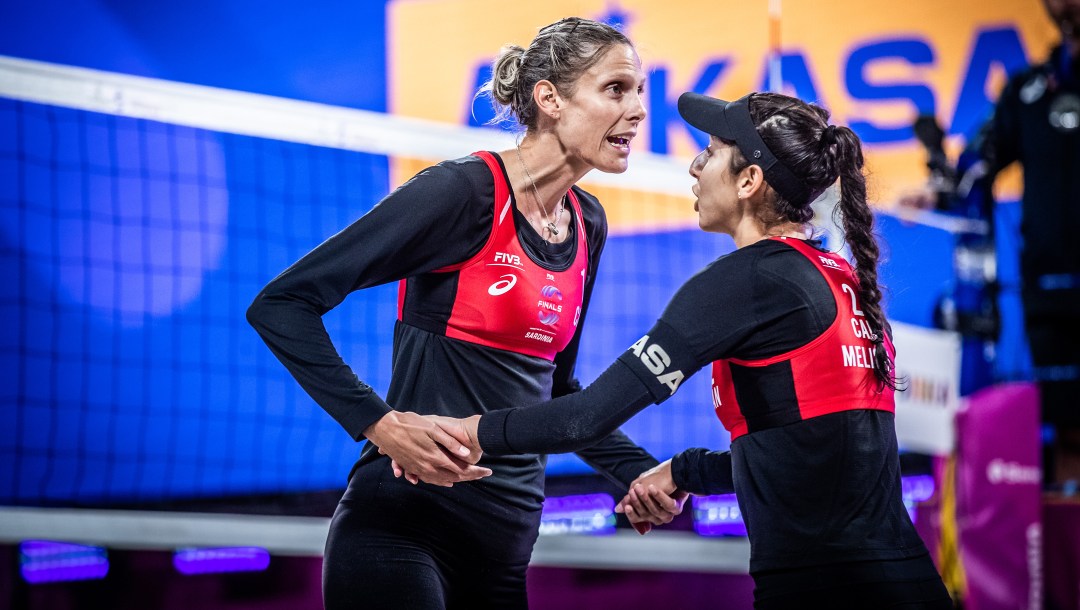 The pair dominated their way to the finals, but fell short against Germany’s Julia Sude and Karla Borger in their final match of the weekend. The Canadians were looking for a first title this season, but the Germans walked away with a two set win, 21-13, 23-21.

In the first set, the Canadians took a long time to get momentum and the Germans took advantage of this opportunity, capturing their first points. Pavan and Humana-Paredes responded in the second set, putting up a fierce battle for every point. The gap never exceeded two points, one way or another, and the set was pushed into overtime.

The two teams traded points until 21-21, forcing the Canadians to deny the Germans two match points. However, the third match point was one too many and the Germans captured the victory.

The Canadian duo now have 14 podium finishes on the World Tour. This game marks the seventh meeting between the two teams. The Canadians still have the advantage with five wins, the most recent being the Tokyo 2020 Olympic Games.

Despite facing challenging rainy conditions and a shoulder injury on Saturday’s semifinal match, Humana-Paredes and Pavan reached the finals after they were nearly flawless in a straight-sets win. Early into the match, things did not look good as Melissa, who suffered a shoulder injury and was forced to take a medical timeout. However, she recovered and, once the match was resumed, the world champions established total court control to come out of the 44-minute match with a 2-0 (21-15, 21-12) victory. They beat the 2020 Olympic champions, April Ross and Alix Klineman of the United States, for the first time since September 2019. Canada has struggled against this pair in more recent matches, but they managed to pull through and dominate during Saturday’s semifinal.