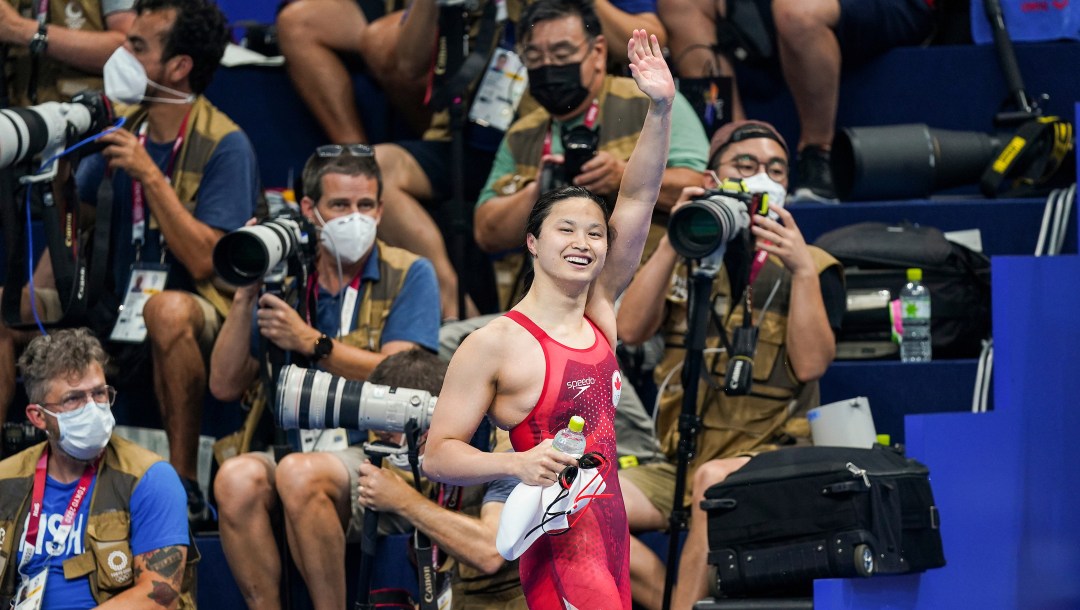 On Sunday, the 21-year-old swimmer was named Best Female Athlete of Tokyo 2020 at the VII ANOC Awards presented during the ANOC General Assembly in Crete, Greece.

“It was really exciting, it feels like the Oscars, which I’ve watched growing up so this was really cool,” Mac Neil said afterwards about accepting the award on stage.

Mac Neil had an Olympic debut to remember this past summer as she won three medals, highlighted by her gold in the women’s 100m butterfly. It was Canada’s first gold of the Games and she set an Americas region record of 55.59 seconds in the victory while lowering her own national record by almost a quarter of a second.

She had gone to the Games as the reigning world champion in the event and said afterwards that she focused on having fun to forget the pressure of being the woman with the target on her back.

Asked at the ANOC Awards whether being Olympic champion had set in yet, Mac Neil responded “definitely not” but that every time she gives her gold medal to someone new as a way of inspiring them “it gets a little bit more real.”

ANOC is the Association of National Olympic Committees, an umbrella organization that represents the collective interests of the world’s 206 NOCs. The ANOC Awards were first presented in 2014 and in Olympic years they recognize achievements from the previous Olympic Games.

In their first incarnation, Team Canada’s men’s and women’s hockey teams were honoured as the Best Male and Best Female Teams of Sochi 2014.

Because of the global pandemic, this year’s General Assembly is the first time the world’s NOCs have gathered to discuss common challenges and opportunities in the Olympic Movement. The ANOC Awards were also last held in 2019.