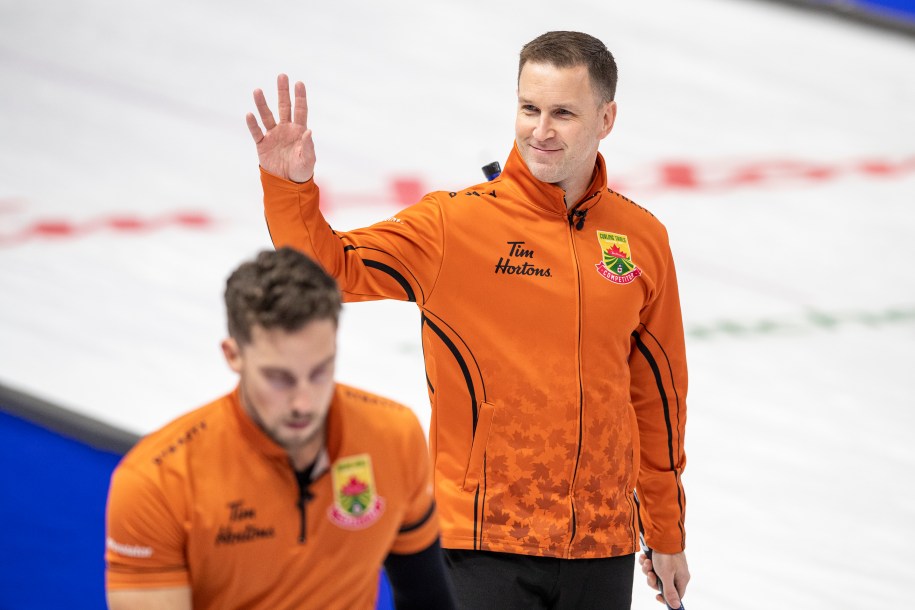 Brad Gushue was 25 years old the last time he competed at an Olympic Winter Games.

That was at Turin 2006, where Team Gushue defeated Finland in the final to capture the Olympic gold medal, Canada’s first ever in men’s curling.

Now 15 years later, at age 41, Gushue is heading back to the Winter Games, along with his 2006 Olympic teammate Mark Nichols, second Brett Gallant and lead Geoff Walker.

Team Gushue defeated Team Jacobs 4-3 in the Canadian Curling Trials final, to earn their ticket to Beijing 2022. On Sunday night in Saskatoon, Gushue capped off a week where he only lost once and won eight games, demonstrating why he is one of the top teams in the world.

“I love these guys,” Gushue said after the win about his teammates. “We’ve had a great run over the last eight years and hopefully it’s going to continue.”

Gushue opened the scoring in the second end with a single point. In the third, with Jacobs facing two, he threw a perfect final stone to tie the game at one apiece. Gushue retained the hammer in the fourth, resulting in a stellar hit and roll to regain the lead, 2-1.

The final became back and forth, with both teams demonstrating stellar shots. Several ends were blanked until the eighth, where Jacobs recorded a single. It took until the ninth end for the first multiple-point end to occur. Gushue secured a deuce, going up 4-2. Jacobs needed two to tie in the final end. He only got one, sealing the victory for Gushue.

After Gushue won gold in Turin, Team Martin followed in Vancouver 2010 with Jacobs in Sochi 2014. Gushue began a golden renaissance for Canadian men’s curling and will look to once again get on the podium in February as he did 15 years ago.