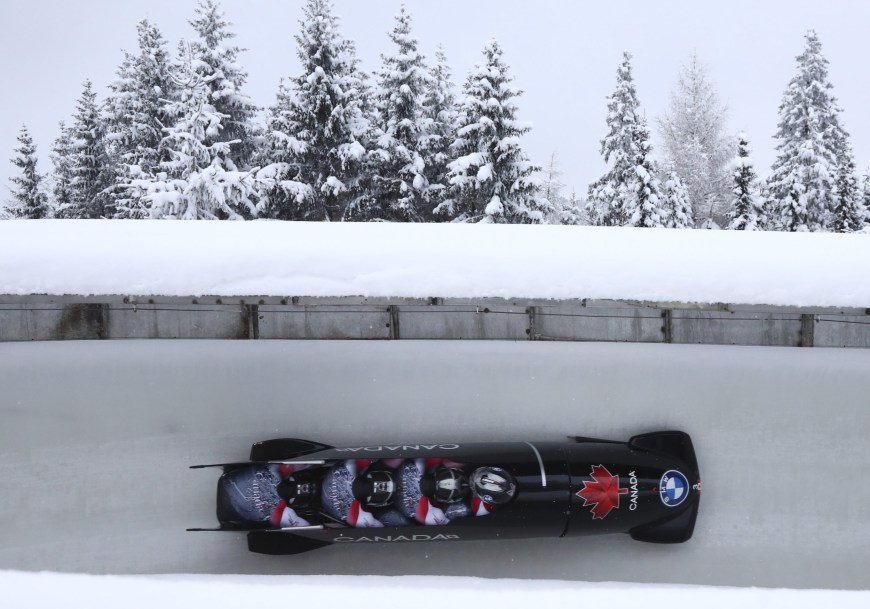 The team of Justin Kripps, Ryan Sommer, Cam Stones, and Benjamin Coakwell slid to bronze at the IBSF World Cup in Winterberg.

Their speedy second run of 54.20 was the second fastest of the day, and propelled them onto the podium for the second time this season in the four-man bobsleigh.

It’s Justin Kripps’ third World Cup bronze of the season. During the second leg of the World Cup, his team posted a time of 1:42.15 in Innsbruck – 0.33 seconds from gold.

On Saturday, Kripps and co. finished just 0.13 seconds off of Germany’s Francesco Friedrich, a sign that the gap between Friedrich and the field is getting smaller. Germany’s Team Lochner took silver.

Friedrich has dominated the four-man this season; his win on Saturday was his fourth of the World Cup season.

In the Women’s Monobob World Series, Cynthia Appiah picked up a medal for the second straight weekend, claiming bronze.

Saturday’s race was a fine display of speed, with a track record being broken twice.

In the first heat, Appiah placed third and was just 0.17 seconds off of Australia’s Breeana Walker who set the track record with a time of 58.89. The U.S.’s Elana Meyers went on to break that record again (58.88) en route to gold in the final. Walker claimed second, while Appiah took bronze – 0.41 off of first place.

In October, Appiah won the bronze medal for Canada in an Olympic test event in monobob. At Beijing 2022, the women’s monobob discipline will be an Olympic event for the first time.