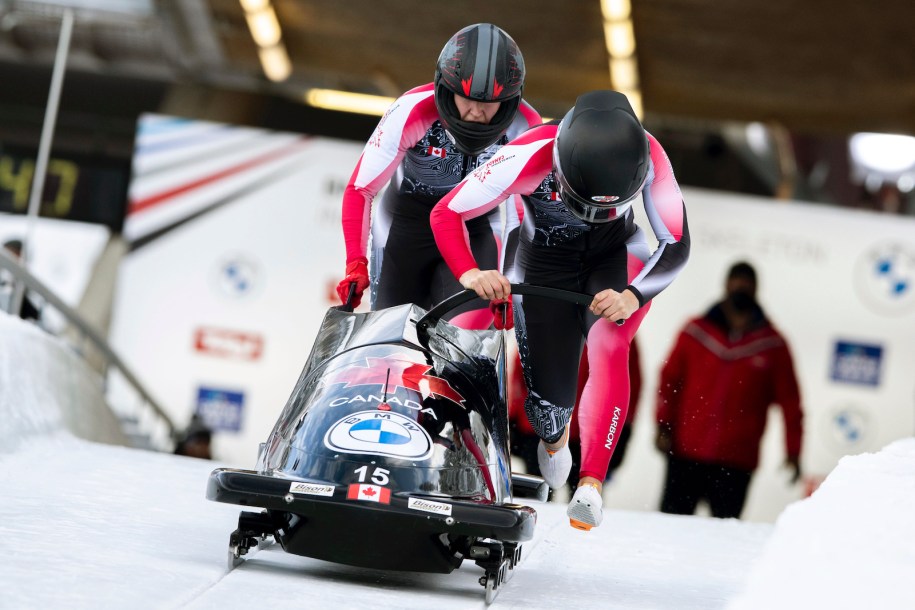 Team Kripps broke through to win the four-man bronze medal, while Christine de Bruin and Kristen Bujnowski secured their second consecutive bronze medal of the season in the two-woman bobsleigh at the second IBSF World Cup in Innsbruck, Austria.

The team composed of pilot Justin Kripps and push crew Ryan Sommer, Cam Stones and Ben Coakwell slid their way to the third step of the podium with a combined time of 1:42.15. The Canadians finished just 0.33 seconds behind Team Francesco Friedrich of Germany (1:41.82), who remains unbeaten in four-man bobsleigh for almost two years and took the victory once again. Team Oskars Kibermanis of Latvia (1:42.10) took home the silver.

After achieving the same result at last weekend’s season-opening World Cup event on the Igls track, de Bruin and Bujnowski captured their second bronze medal of the season in Innsbruck. They had a combined two-run time of 1 minute and 46.86 seconds, behind a pair of German sleds. The Canadians finished just 0.15 seconds behind the first German sled of Laura Nolte and Deborah Levi (1:46.71) and 0.06 seconds behind the second of Kim Kalicki and Leonie Fiebig (1:46.77).

Last weekend, the Canadian duo had a combined two-run time of one minute and 46.51 seconds to capture their first World Cup bronze medal of the season. In the overall standings for the IBSF World Cup, Laura Nolte of Germany (450 points) leads the two-woman bobsleigh ranking ahead of Kim Kalicki (420) and Christine de Bruin (400). It’s the third podium this season for the Canadians – De Bruin and Bujnowski also took bronze at the Olympic test event in Beijing in October.

Also competing in Sunday’s two-woman bobsleigh event were Cynthia Appiah and Dawn Richardson Wilson, who placed eighth with a time of one minute and 47.56 seconds (+0.85). Melissa Lotholz and Erica Voss finished eleventh with a two-run time of 1:47.84 (+1.13).

Canadians landed on the podium three times this weekend. On Saturday, Justin Kripps and Cam Stones won bronze in the two-man bobsleigh. They finished with a time of 1:43.96, slightly behind last weekend’s fourth-place finish. It was the 18th career World Cup two-man medal for 34-year-old Kripps. Eight of them have come with the 29-year-old Stones in his sled since the two joined forces following PyeongChang 2018.

Sunday wraps up competition on the Igls track at the second IBSF World Cup. Competition heads to Altenberg, Germany for the third World Cup of the 2021-22 season.