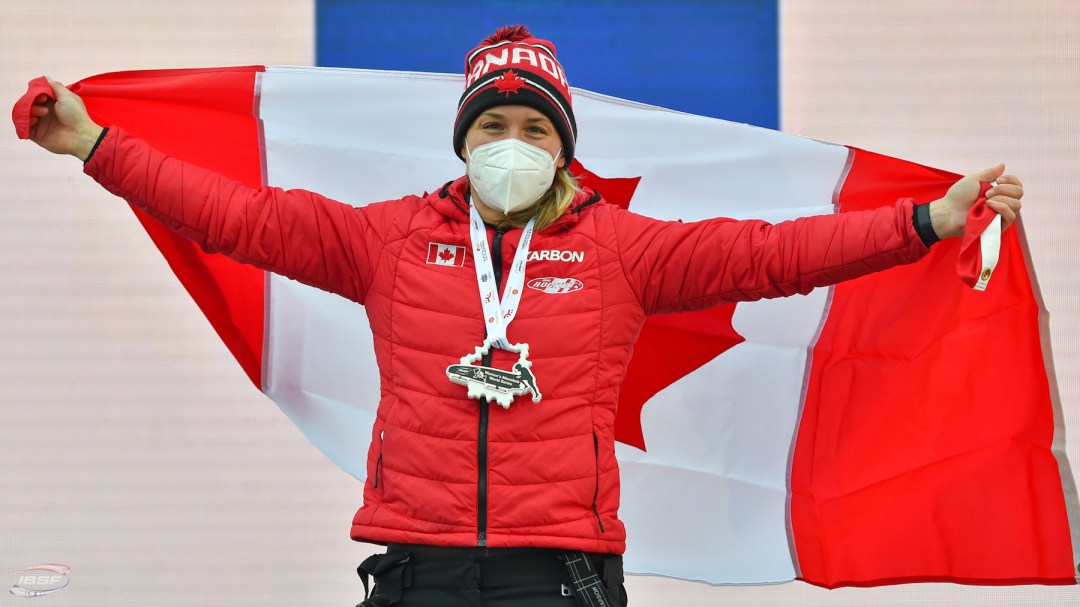 Christine de Bruin started 2022 off strong by capturing a gold medal in the women’s monobob event at the IBSF Wold Cup in Sigulda, Latvia on Saturday.

After her first monobob victory in December 2021 in Altenberg, Germany, the Canadian followed up with a second gold medal on the first day of 2022. With a combined time of 1 minute and 48.12 seconds, de Bruin finished ahead of Australia’s Breeana Walker (1:48.68) in second place. Third place went to Nadezhda Sergeeva of Russia (1:48.70).

With this victory, de Bruin takes the lead in the overall ranking of the women’s monobob world series. Canadian teammate Cynthia Appiah is second overall ahead of Germany’s Laura Nolte.

On the men’s side, Justin Kripps and Ryan Sommer finished just off the podium in fourth with a time of 1:39.56 in the two-man bobsleigh.