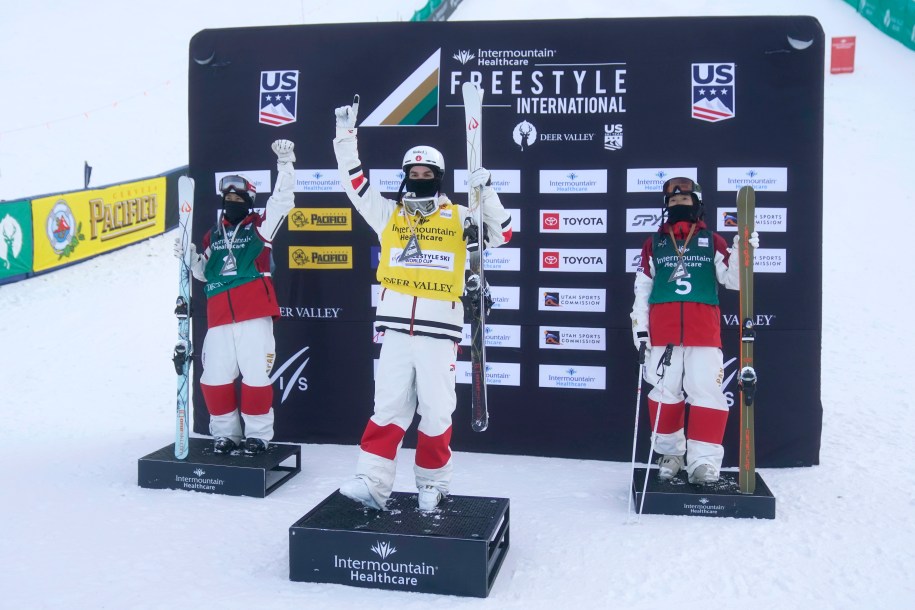 The King continues his reign.

The two-time Olympian reached the top of the podium after putting up a score of 83.28 in the men’s final. Japan’s Ikuma Horishima (81.98) and Kosuke Sugimoto (79.02) finished behind him in second and third place respectively.

Kingsbury had to wait a little before getting onto the course after a scary looking crash by the skier preceding him. American George McQuinn was just slightly off balance as he went into his second air and hit his head. He had to be taken off the course on a stretcher, but reports were that he was stable.

He won his first World Cup medal over a decade ago with silver in Ruka, Finland, back in 2010. Since then, he has become the most dominant male moguls skier in history. Currently, the 29-year-old has 100 World Cup podiums to his name, 11 World Championship medals, nine Crystal Globes and two Olympic medals.

With under a month to go to Beijing 2022, Kingsbury has been in great form so far this season with six World Cup medals including five gold and one bronze. Kingsbury is the reigning Olympic champion as he heads towards his third Games in February.

Before he heads to Beijing, you can catch him in more moguls action tomorrow with another singles event from Deer Valley Resort.