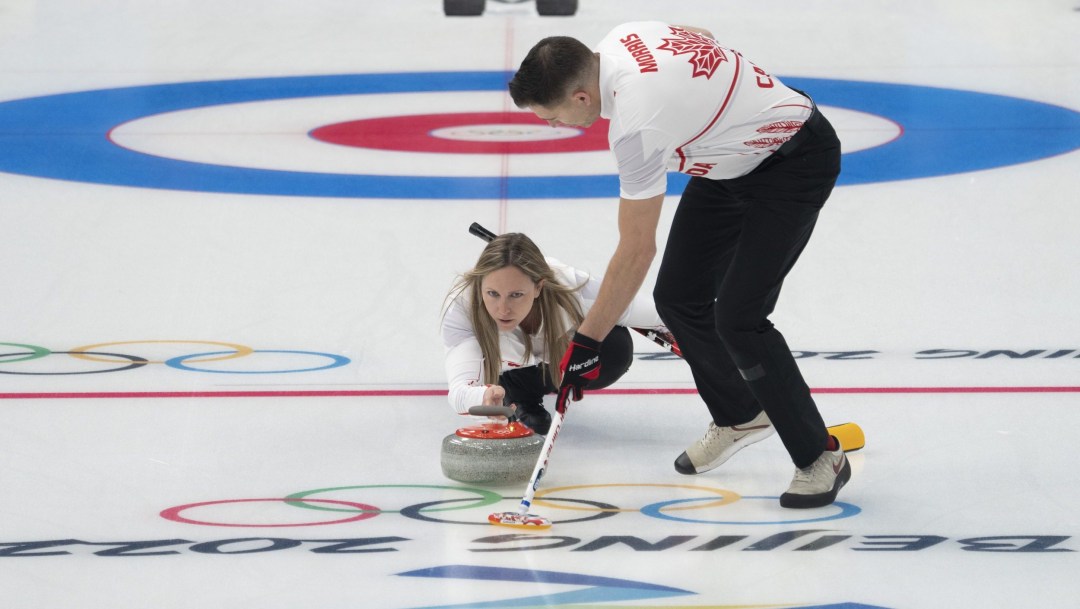 Entering the mixed doubles curling tournament as the reigning champion, John Morris‘ sights are set on a second straight Olympic gold medal as he joins forces with Rachel Homan. The two documented their journey to Beijing for fans on their joint social media accounts.

For Morris, this will be his third Olympic Games, but his first alongside Homan. At PyeongChang 2018, Morris won gold with Kaitlyn Lawes in Olympic the debut of mixed doubles after taking home gold in the men’s event at Vancouver 2010. Homan, on the other hand, looks to build on her sixth-place finish in the women’s event from her Olympic debut in PyeongChang and add to an already impressive resume.

This past fall, they won a world class mixed doubles bonspiel in Banff/Canmore and they were the silver medallists at the 2017 Canadian Mixed Doubles Championships.

So what has the mixed doubles duo been up to since it was announced they would be going to the Games? Getting ready for Beijing of course.

Decked out in red and black, they showed the nation how excited they would be to represent Team Canada in style.

After that, it was time to start some team training for the Games, with the two travelling to their isolation cabin and taking to the trails for some snowshoeing in Canmore, Alberta.

The two continued to keep their focus towards Beijing with a tough gym session. Morris and Homan got the workouts in they needed to ensure they are at the top of their game once they take to the pebbled ice.

With their training complete and the Games just a few days away, they announced how excited they were to be taking to the skies en route to Beijing sporting their lululemon gear.

Upon arriving in Beijing, the pair headed to the National Aquatics Centre, formerly known as the Water Cube in 2008, now the Ice Cube.

Days away from their first match of the round robin, Homan and Morris took fans behind the scenes of their practice and media sessions.

Though the two have been preparing seriously, there have been a few hilarious hiccups along the way. Morris opted for the non-burnt option.

Going back to business, the two celebrated their much-anticipated debut with a team photo complete with their coach Scott Pfeifer.

Homan and Morris’ will represent Team Canada in their first match against the reigning world champions from Great Britain, Jennifer Dodds and Bruce Mouat on Wednesday. You can find more information about their event and many more here.