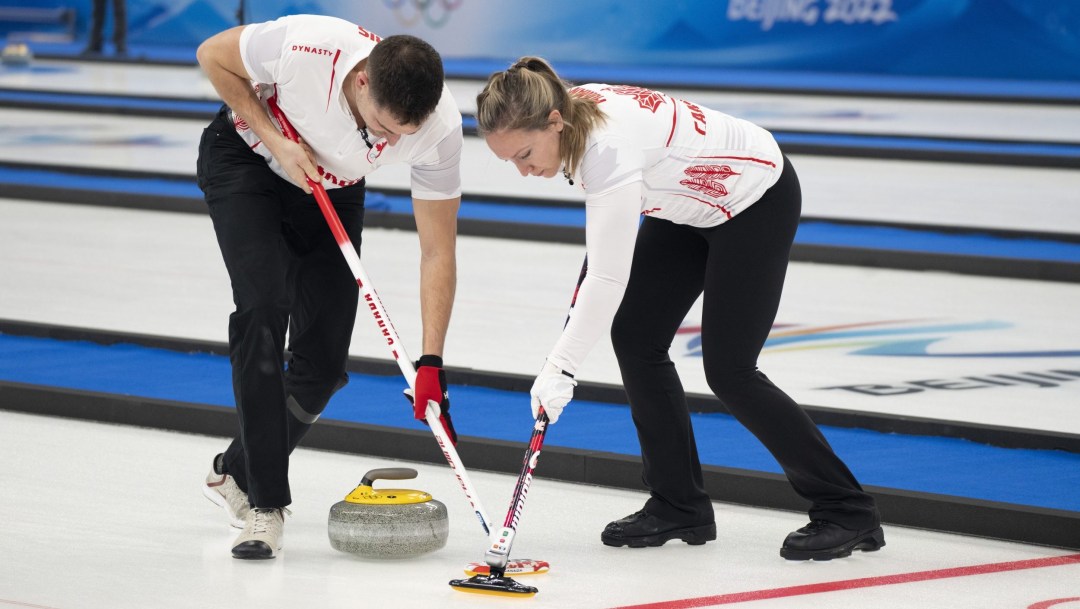 It’s a familiar spot for John Morris – an opening game loss in mixed doubles curling at the Olympic Games.

He and Kaitlyn Lawes dropped their first game at PyeongChang 2018 before running the table to the gold medal when mixed doubles made its debut four years ago.

Morris and Rachel Homan weren’t at their best Thursday morning (Wednesday night in Canada) while Bruce Mouat and Jennifer Dodds of Great Britain made enough key shots to take a 6-4 victory for their second straight win at the 2022 Olympic Winter Games in Beijing.

In sports, when you play the best, you better be your best. Morris and Homan weren’t at their best and while Mouat also struggled, Dodds made all the key shots she needed to get the win. The twosome from Scotland, the reigning world champions and the best mixed doubles team in the world all season, stole two singles, including one in the eighth to get by Morris and Homan.

“There were a lot of shots we could have made better throughout,” admitted Homan, who normally skips her four-woman team out of Ottawa. “But we learned a lot. The game went as good as we could have hoped, had hammer coming home…a couple of inches here or there and they got a win. But a good, strong start for us.”

Morris, already a two-time Olympic gold medallist – he won the men’s tournament with skip Kevin Martin at Vancouver 2010 – struggled with his weight, especially in the first half.

“Rachel’s playing awesome and I suck,” Morris said candidly at the fourth-end break. “But in doubles you need a strong back four.

“There’s always a lot of energy in the first game of the Olympics and probably just a couple of things we would have done a little different. Rachel played outstanding and I was a little bit average and that was the difference. We had a chance, played a real good back four.”

Canada has another tough match on Day -1 (Friday, 7 a.m. ET) when they play Kristin Skaslein and Magnus Nedregotten of Norway who lost the 2021 World Championship final to Mouat and Dodds.

Mouat and Dodds applied pressure throughout much of the game, scoring singles in the second, third, fifth and eighth ends to go with a pivotal deuce in seven.

Morris and Homan had used a powerplay, one of the quirks of mixed doubles, to score two in the sixth end for a 4-3 lead. In mixed doubles each team throws five stones and two others are prepositioned, one a centre guard and one in the house. The powerplay allows a team to move the two stones off the centre line, creating better scoring opportunities.

Homan made a tough, long double with her final stone to get Canada its deuce in the sixth. But Team GB used its powerplay in the seventh and after misses by Morris and Homan, Dodds had a routine draw for two to regain the lead.

After Morris tried a triple take-out that got only two of the British stones, Dodds made a nearly perfect draw to the button, behind two guards and with backing, that left Homan no chance to get a potential game-tying point for Canada.