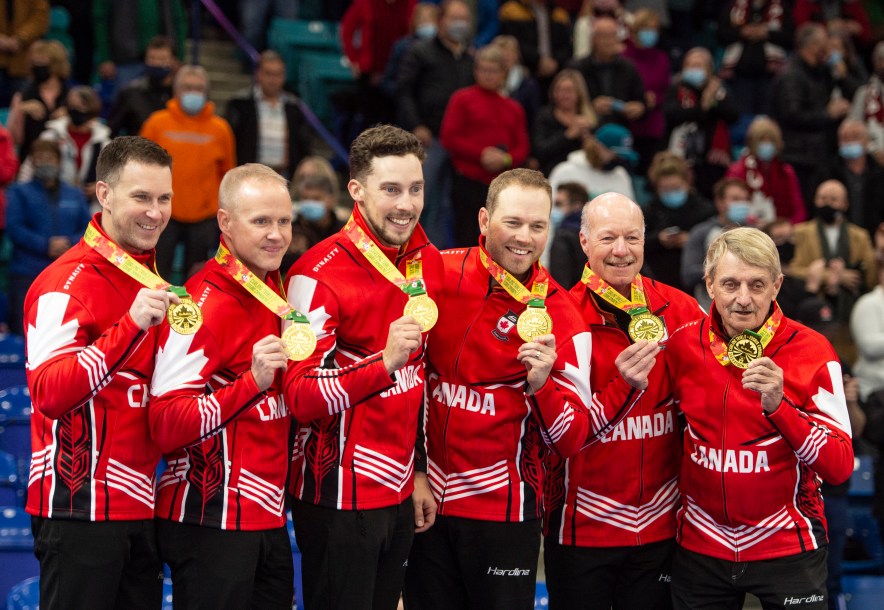 With Beijing 2022 upon us and our Team Canada athletes ready to compete for Olympic glory, here’s a chance to get to know a little more about the men’s curling team.

We asked the four core members of Team Gushue for one word to describe each teammate.

Skip Brad Gushue was part of Canada’s first ever Olympic gold medal-winning team in men’s curling at Turin 2006. Now, 16 years later, he finally returns for his second Olympics at the age of 41.

Himself: “Me, I’ll throw that in there… I don’t know actually… I shouldn’t have even brought that up ’cause I can’t even answer it.”

READ: A master, on ice and in life, Gushue seeks Olympic gold after graduation from Smith School of Business

Mark Nichols competed alongside Gushue at Turin 2006 and is also making his return to the Olympic Games. With the exception of just two seasons, Nichols and Gushue have been teammates since 1998, going well back to their junior days.

​​Brett Gallant will make his Olympic debut for Team Canada at Beijing 2022. He has won three Brier titles as well as a world championship gold since joining Team Gushue in 2012-13.

Nichols: “He’s my roommate. Roomie. We just room together all the time. We’re buds. He’s just the best roommate you could have.”