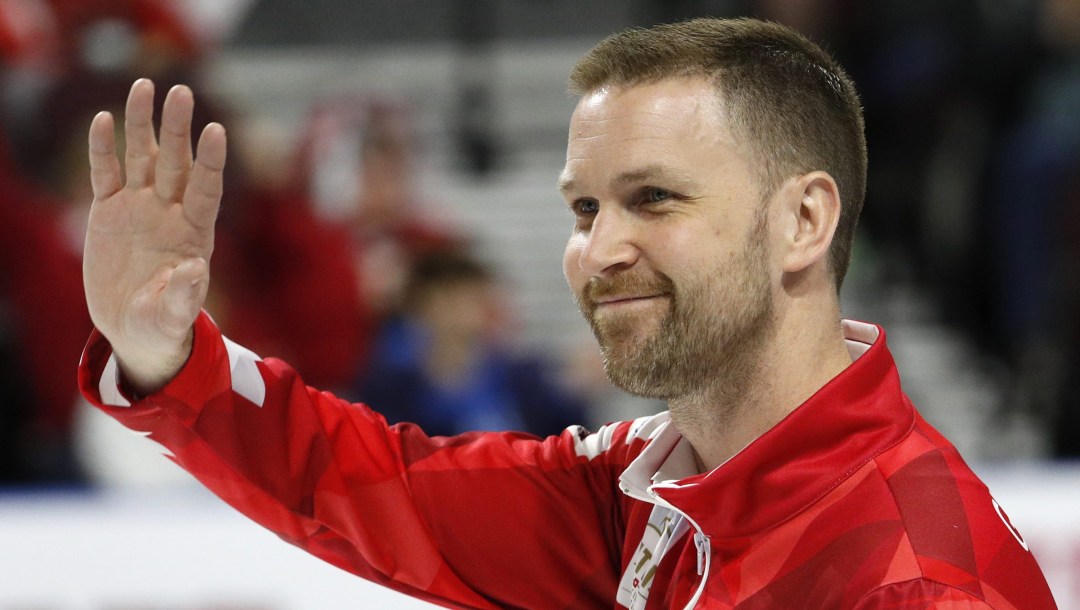 When Brad Gushue skipped his team to the 2006 Olympic gold medal in curling, he was a 25-year-old whose sole focus was on the ice. His school days were over. Or so he thought.

Today, Gushue is in hot pursuit of a second Olympic gold medal but education is on his mind. Sixteen years after earning a Bachelor of Business Administration from Memorial University in St. John’s, N.L., the now 41-year-old Olympic, world and three-time Brier champion is about to graduate with an MBA

One year ago, Gushue enrolled in Smith School of Business at Queen’s University’s Accelerated MBA for Business Graduates, taking advantage of a break in his usually hectic curling schedule caused by the now two-year-long COVID-19 pandemic.

“With the pandemic still happening and our curling schedule reduced, I felt this would be the best time to do it, I probably would not have had this much time available without the pandemic,” he said from Vancouver, where he and his teammates are going through their final preparations before heading to Beijing.

He and teammate Mark Nichols are co-owners of an Orange Theory Fitness Studio in St. John’s. Gushue wants to mix sports and business when his competitive curling career ends. Going back to business school was a logical step.

“I’m hoping my MBA will open up opportunities for me over the next couple of years in my post-curling career,” he said. “It already has been beneficial. As a business owner, I know that the knowledge I gained is going to be helpful for me personally, for my business and for my future as a professional.”

Smith’s Accelerated MBA allowed Gushue to earn his degree in 12 months alongside classmates from across Canada. Since courses were delivered mostly remotely during COVID, he’s been able to balance his time in the classroom with training for the Olympics, running his business, and being and father and husband at home.

But that doesn’t mean returning to school was easy. He recalls three-and-a-half-hour classes and a heavy course load. He briefly wondered whether school was the right decision. But just like when he’s on the ice, Gushue accepted the challenge and overcame it. In mid-January, he submitted his final paper.

“I am completely finished, got everything submitted,” he said. “It’s a relief for sure, but getting my MBA was well worth it. I learned so much.”

With his MBA behind him, Gushue’s full attention is back on curling. He and teammates Nichols, Brett Gallant and Geoff Walker, earned the right to represent Canada at Beijing 2022 by winning the Canadian Curling Trials in Saskatoon in late November.

His team’s 4-3 victory over Brad Jacobs in the final, sending him back to the Olympics after a 16-year absence, was an emotional moment for Gushue.

“I got to talk to my wife and my kids on the phone almost immediately after we won and the tears started to flow down, which caught me by surprise.”

While he’s eager to return to the Olympics, he knows that, at 41, his experience will be different than when he was 25.

“Being 25 years old, I was very selfish back then where it was like, this is a great experience for me. Now what I see – it’s a pretty cool opportunity for my kids to see their dad curl at the Olympics and from my perspective that’s kind of what gives me the most satisfaction I guess, they’re going to get a chance to see their dad and… all the years of work that I put in to get to the Olympics,” he said.

With the Olympics being played in a restricted bubble in Beijing, Gushue knows his experience competing in a bubble in Calgary in 2021 will be a substantial benefit to his team.

“I think it’s going to have a huge impact on us, to be honest. That experience, the bubble that we’re going to go into for the Olympics, it sounds like it’s going to be similar to what we did in Calgary last year.”

Another challenge in Calgary was the absence of fans, and that will again be the case in Beijing. In Calgary, it took the Gushue foursome time to adapt to the empty stands.

“But we did improve as the bubble went on … we got better and better and I think that is going to help us because we know what we need to do to get to the level that we play our best at, and the fortunate thing for us is that intensity — I don’t think it’s going to be an issue because at the Olympics, when you’re there, you know it’s going to be intense.”

The men’s curling tournament kicks off Feb. 9 with Team Gushue meeting Denmark, the last country to qualify for the Games, skipped by Mikkel Krause.

Smith School of Business is the exclusive business education partner of the Canadian Olympic Committee and a founding partner of Game Plan, Canada’s total athlete wellness program, helping athletes plan for success beyond sport. Brad Gushue is part ofa network of over 220 elite Canadian athletes who have been awarded academic scholarships from Smith since the partnership was first launched back in 2016.