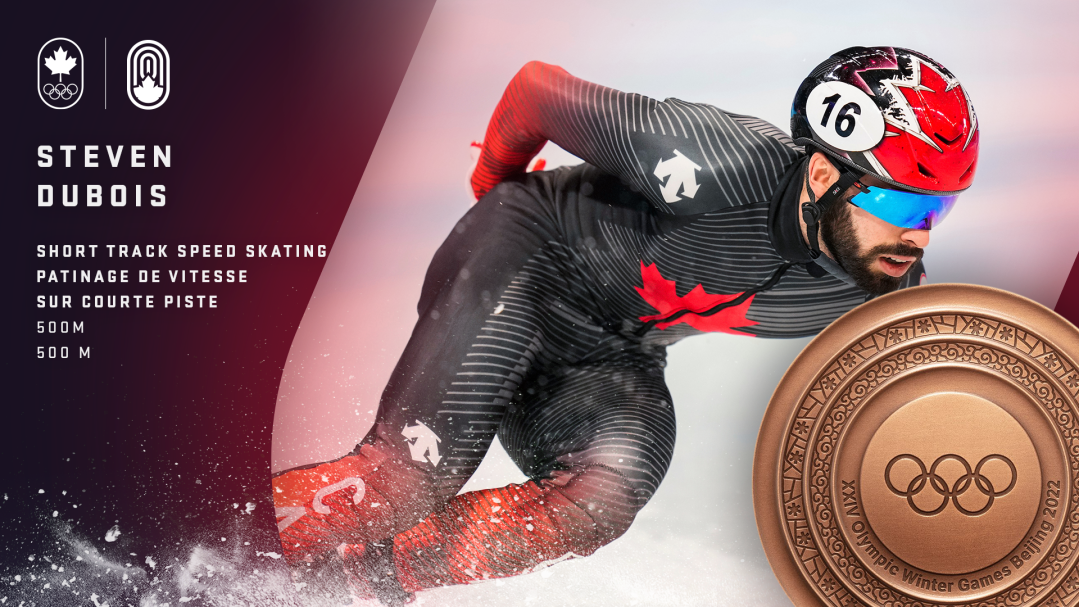 Steven Dubois has won bronze in the men’s 500m for his second podium finish of Beijing 2022.

In the very quick four-and-a-half lap race, Dubois was in third place from start to finish. With no opportunity to pass, he crossed the line behind gold medallist Shaoang Liu of Hungary and silver medallist Konstantin Ivliev of ROC.

Dubois adds to the silver medal he captured in the 1500m four days earlier.

Dubois had started the night by finishing second in his quarterfinal heat to move onto the semifinals. From there, he was advanced into the A final after being bumped out of an automatic qualifying position when South Korean skater Hwang Daeheon — who had beaten Dubois for gold in the 1500m — tried to make a late pass causing contact and was penalized.

This is Canada’s seventh Olympic medal all time in the men’s 500m. That is the most of any country. Canada now has two gold, two silver and three bronze in the event, which was added to the Olympic program at Lillehammer 1994. One of the gold medals from Salt Lake City 2002 belongs to Marc Gagnon, now an assistant coach with the national team.