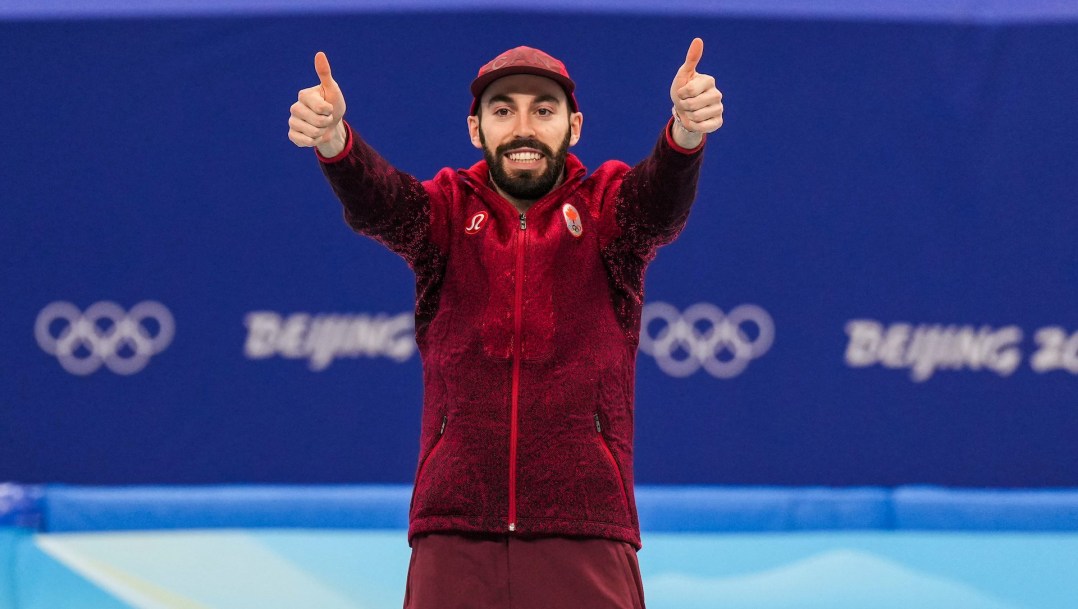 When he got back on the ice for the men’s 500m at the Capital Indoor Stadium, Steven Dubois was prepared to show everyone what he is capable of in his favourite short track speed skating event.

When the day was over, Dubois’ ability and confidence in himself had him back on the podium for the second time in Beijing.

“I knew I was strong, I know I am strong, and I knew I had the potential to win medals,” said Dubois following his race. “I’m really happy to have won two medals so far and there’s still the 5000m relay [to go].”

After finishing second in his quarterfinal heat, Dubois kept the speed coming as he raced out to a fast start in the semifinal. The 24-year-old from Terrebonne, Quebec looked poised to punch his ticket into the 500m final but after a collision with South Korea’s Hwang Daeheon during the final lap, he dropped to fourth place, missing out on an automatic qualifying spot for the final.

After review, it was made official that the South Korean would be penalized for an illegal late pass, and that Dubois would advance into the final. Once in the final, he let his abilities do the work, skating his way onto the podium.

“I had a great evening, I think the races were really exciting,” said Dubois. “Great performance from Shaoang (Liu), he overtook me almost every race and then in the final, he shot very fast and managed to win gold. Same thing for Konstantin (Ivliev), he started very quickly, had good times and deserved his second position. I also think I skated really well, I’m happy with my performance. I am happy that I performed in my favorite distance.”

Entering the Games ranked seventh in the world in the 500m, Dubois admited that he didn’t have many expectations for his first Olympic experience.

“Definitely can’t say I had expectations for a certain number of medals, but it has definitely been higher than what I expected,” Dubois concluded.

After winning silver in the 1500m four days ago and the Day 9 bronze medal, Dubois hopes to skate alongside his teammates on Wednesday for a spot on the podium during the 5000m relay.