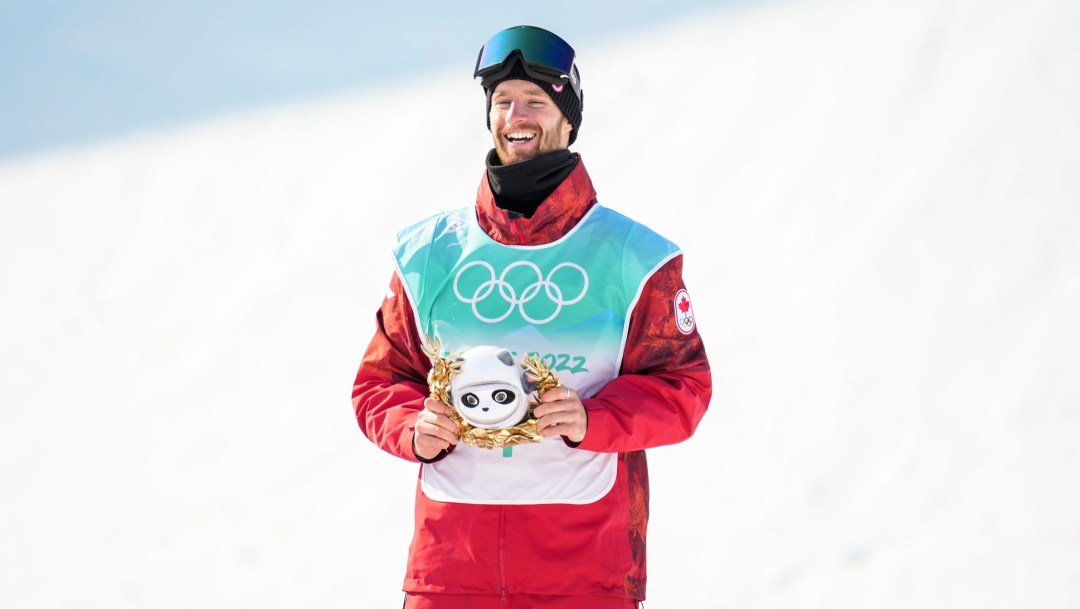 With another medal at Beijing 2022, snowboarder Max Parrot has now completed his set of Olympic hardware.

Parrot claimed bronze in the men’s snowboard big air event on Day 11, to go along with his slopestyle gold earlier in these Games and his slopestyle silver at PyeongChang 2018.

“It’s crazy, definitely amazing,” he said. “This is my third Olympics, third medal. To get two medals out of the same Games, I’m extremely proud of myself.”

Parrot’s goal coming into the big air final was clear: land a pair of 1800s, and finish atop the podium. But a crash on his first run suddenly changed the equation.

“I had so much pressure to handle for the second and third,” said Parrot. “I’m really stoked I was able to put down the 1800 on the second run, the best one I’ve done so far in the whole week.”

That netted him 94.00 points, the second highest score earned by any competitor in the final. It also left the 27-year-old with a decision to make on his third run: go for gold with another 1800, or play it a bit safer?

In the end, Parrot opted for his “podium strategy” — a frontside triple 1620 that he knew he could land, for a solid score of 76.25. Although he didn’t land it as cleanly as he’d have liked, the gambit paid off with a third-place finish.

“I think the strategy was really good, and at least I’m walking out with another medal, [and] I’m really stoked on that.”

While this is a third Olympic podium for Parrot, it’s the first time he won’t be sharing it with Mark McMorris. The Canadian legend put up an 80.50 on his first run but fell on his second.

On his final run, he went for broke with a quad cork 1800 — which be believes could have scored in the 92 to 94 range — but couldn’t land it, and would finish in 10th place. Still, McMorris has no regrets.

“There’s no point in holding back in a final,” he said. “I don’t like fourth or fifth or sixth place. That’s the worst feeling. It’s better to fall and be at the bottom of the pack in the finals than it is to hold back and maybe be in that off-the-podium position. I’m really proud of myself for going for it.”

Indeed, the whole field seemed to be pushing their limits in this final, which culminated in the coronation of 17-year-old Su Yiming as the gold medallist.

“Su has been an amazing rider,” said Parrot. “Two years ago I didn’t even know him. He has been going up really quick.”

The two chatted after the final, with Su telling Parrot that he’s been one of his idols over the past year.

“He said because of me, he has been pushing really hard,” said Parrot. “So I told him, now you are going to make me push really hard.”

Parrot is no stranger to pushing himself, having gone through a gruelling regimen of chemotherapy three years ago and not knowing if he’d ever snowboard again. But there he was at Big Air Shougang, holding his own in what he described as “the most insane final we have ever seen in snowboarding”.

“The level of riding was through the roof,” said Parrot. “I’ve never seen so many 1800s put down, so I was really happy to be part of this final and to walk out with a medal.”