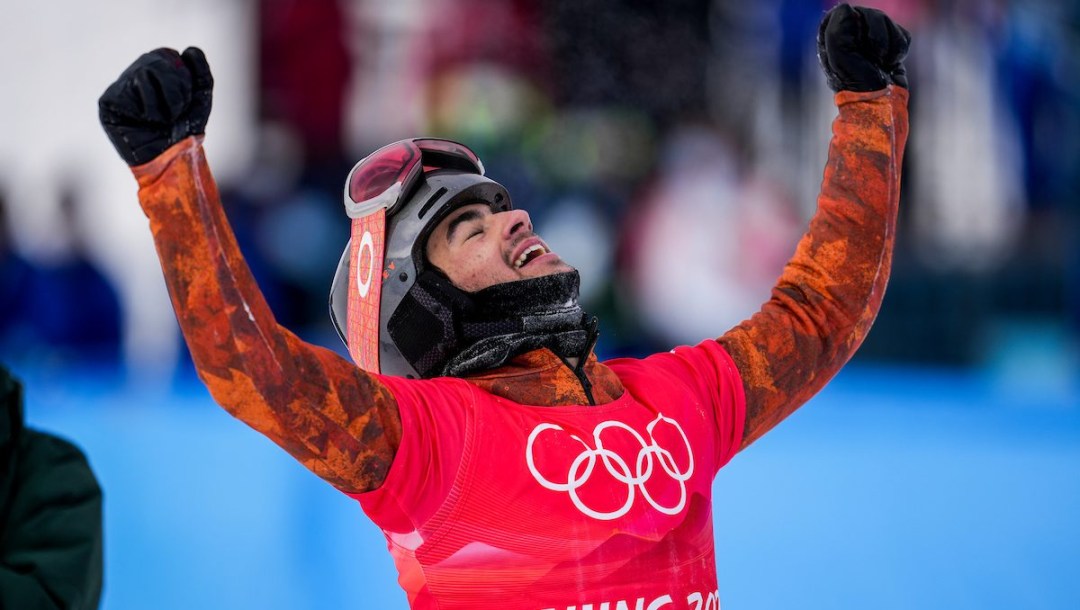 On the final stop of the Snowboard Cross World Cup this year, Eliot Grondin reached the top of the podium for his first World Cup victory of the season in Switzerland on Sunday.

In the race to the podium, he finished in first ahead of two Frenchmen, Martin Surget and Léo Le Blé Jaques, who finished second and third respectively.

A silver medalist in the event at Beijing 2022, the Quebec native showed patience and resilience in the final on Sunday. Sitting in second for most of the race, Grondin passed from the inside on a corner to get ahead of Surget to take the lead. The 20-year-old held on until he crossed the finish line.

Sunday’s gold medal marks the end of a stellar season for Grondin. At this year’s Winter Olympics, in addition to the silver medal in the men’s event, he also won bronze in the inaugural mixed team snowboard cross event with partner Meryeta O’Dine. On the World Cup circuit, he raced to a total of three medals – one gold, one silver and one bronze to finish fourth overall in the world rankings.

In the women’s competition, Audrey McManiman hit the slopes in the final in Switzerland, where she finished just shy of the podium in fourth place. Double Olympic bronze medallist, O’Dine, participated in the small final where she took fourth place, good for eighth place in the competition.