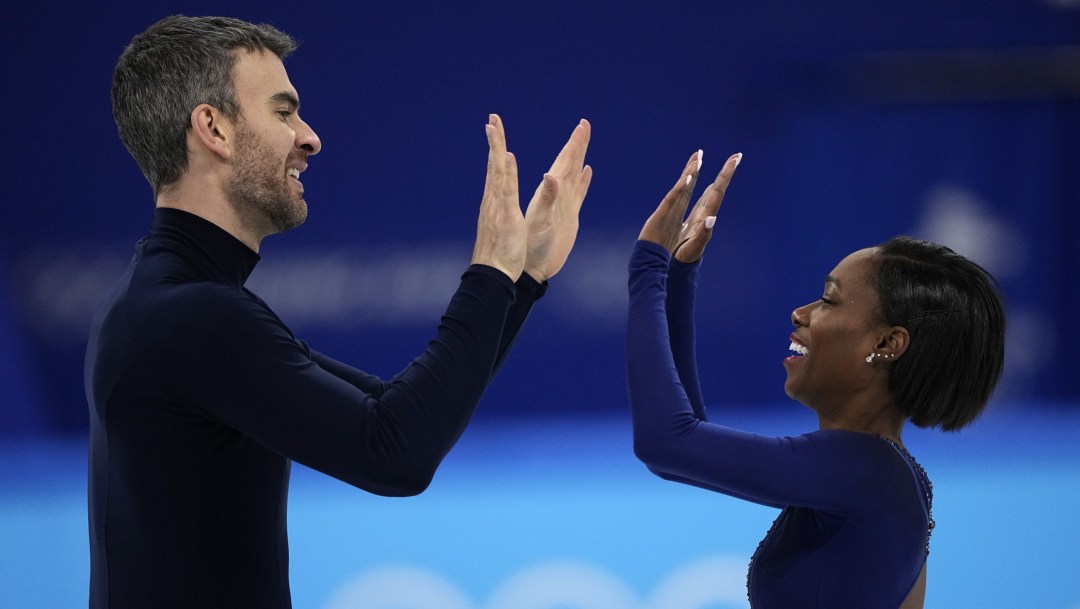 Still less than a year into their pairs partnership, Vanessa James and Eric Radford have earned a medal at the ISU World Figure Skating Championships, capturing the bronze in Montpellier, France.

Fifth after the short program, James and Radford delivered perhaps their best performance of the season in the free skate. Their only error came on a planned three-jump combination early in the program. They earned 130.78 points to finish second in that portion of the competition. Added to their short program score, their total of 197.32 points was the best they had achieved in their short time competing together and boosted them onto the podium.

“It was amazing to have that skate,’’ said Radford. ‘’It was an incredible and unforgettable experience for us even as experienced competitors that we are. The technical aspects were there today but we really got to release and feel that skate from the heart and that’s the best feeling.’’

‘’Everything came together just as we needed to,’’ said James. ‘’We didn’t just fight, we didn’t just skate and think about the elements we really performed it and felt comfortable on the ice.’’

Now aged 34 (James) and 37 (Radford), the duo said they will take a couple of months off the ice before deciding if this was the last skate of their competitive careers or if they will go another season. They wanted to get to the end of this season before settling on their future plans, which they believe will become clear on their own.

The gold was won by Americans Alexa Knierim and Brandon Frazier, who ranked first in both the short program and free skate and posted an overall total of 221.09 points. Riku Miura and Ryuichi Kihara of Japan took the silver with 199.55 points. They had placed behind the Canadians in the free skate, but their margin after the short program kept them in the lead.

There was a difficult moment in the final flight of skaters when American Ashley Cain-Gribble hit her chin on the ice after she fell on a jump. She did not get up quickly and appeared to be dazed, which was concerning for everyone watching, and a stretcher was brought out to take her off the ice. She and partner Timothy Leduc had to withdraw after having been second in the short program, just a point behind their compatriots.

The second Canadian pair in the event, Evelyn Walsh and Trennt Michaud, place sixth for their best result in their three world championship appearances. They also moved up two spots from the short program.

Earlier on Thursday, Keegan Messing finished ninth in the men’s short program while Roman Sadovsky placed 18th. Both will compete in the free skate on Saturday.

Friday will see the start of the ice dance competition with the rhythm dance. Piper Gilles and Paul Poirier are the reigning world bronze medallists and will be joined in the event by Laurence Fournier Beaudry and Nikolaj Soerensen as well as Marjorie Lajoie and Zachary Lagha. Also on Friday will be the free skate of the women’s event. Canada’s lone entry, Madeline Schizas, will skate in the second-to-last-flight after placing 10th in the short program.