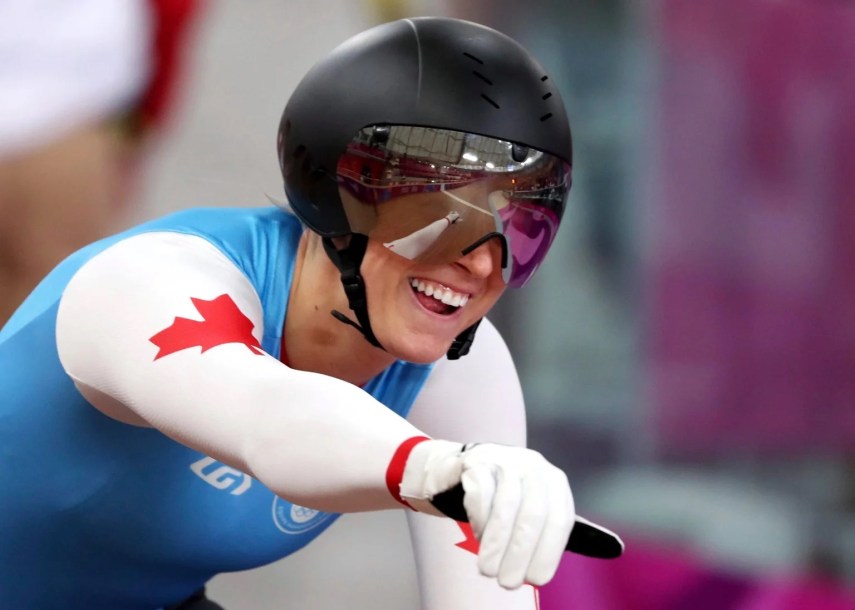 Kelsey Mitchell has claimed gold in the women’s sprint at the first Nations Cup of the season in Glasgow, Great Britain.

The reigning Olympic champ in this event took to the line against Laurine Van Riessen from the Netherlands in the final for the gold. In the first race of this two of three, Mitchell dominated finishing 0.235s ahead of the Dutch. A similar scenario played out in the second race. With one lap to go, the Dutchman tried to gain ground on Mitchell who responded quickly with a big push at the end of the race to secure the gold.

“I’m really happy to be racing in the Nations Cup again. It’s been 815 days since the last Cup to be exact, I thought it was very long,” Mitchell said in a post-race video interview. “The quality of the athletes competing here is very high, everyone is happy to compete again, everyone has trained hard. I can’t wait for the keirin on Sunday. Should be good.”

Colombian Pineda Bayona won the bronze medal ahead of Olena Starikova of Ukraine.

After winning gold at Tokyo 2020, Mitchell won the bronze medal in this event at the 2021 UCI World Championships last October.

On the first day of competition, Mitchell along with her teammates Lauriane Genest and Sarah Orban claimed sliver in the team sprint event.

Genest also took part in the women’s sprint event on Friday, losing to the Columbian Bayona in the quarterfinals.

On track for the final of the elimination race, Maggie Coles-Lyster took sixth place.

The competition will continue until Sunday in Glasgow. The second Nations Cup of the season will be held in Milton, Ontario, May 12-15.