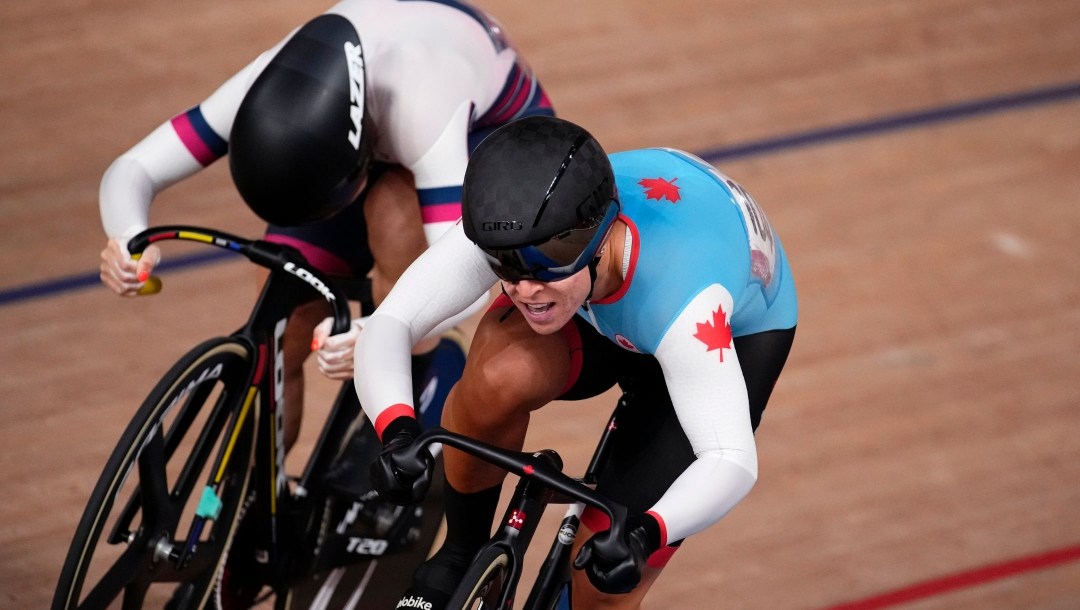 Team Canada’s Lauriane Genest secured her second medal at the Nations Cup over the weekend, adding a bronze medal in the women’s keirin race alongside her silver in the team sprint.

Genest’s path to the podium went through many closely-contested heats. Starting in heat two of the first round, she placed behind the eventual gold medalist from France Mathilde Gros. Having advanced to the second round, she finished third behind the Netherlands’ Steffie van der Peet and Gros once more. In heat two fellow Canadian Kelsey Mitchell placed third in heat one, guaranteeing the two Canadians a spot in the finals.

After jostling for positioning in the opening laps and keeping pace with the rest of the riders, Genest kicked it up a notch in the final corner before the finish line. With the van der Peet hot on her tail for the third and final medal, Genest closed the gap between her and the leaders; ensuring there was no room to pass. As the finish line came into view, she arose from her seat and pedalled hard to secure her second Nations Cup medal

Mitchell, who had won gold in the women’s sprint, finished sixth in the event.

Within just a couple of years of her introduction to track cycling, Lauriane Genest has established herself as one of the top sprinters in the world. During her Olympic debut at Tokyo 2020, she won a bronze medal in the keirin and added an eighth-place finish in the sprint to round out a memorable Games.

The Canadian cyclists hit the track again in Milton, Ontario, for the second Nations Cup of the season from the 12th to the 15th of next month.