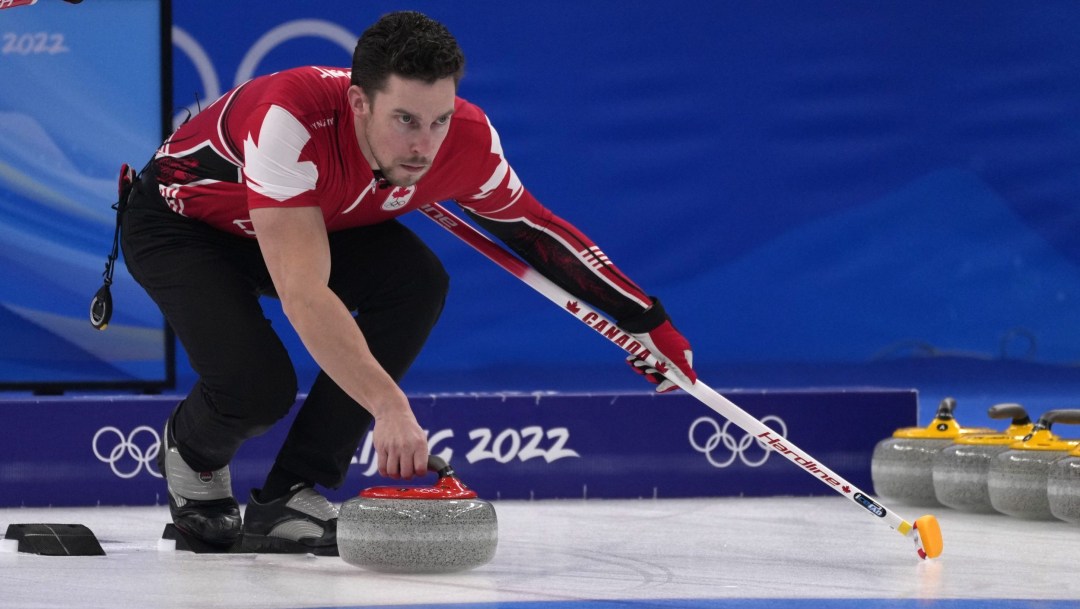 Jocelyn Peterman and Brett Gallant are moving on in the medal hunt at the World Mixed Doubles Curling Championship taking place in Geneva, Switzerland.

The Canadian duo secured their spot in the playoffs following a 6-2 win over England on Wednesday. They won both of their games on the last day of round robin play on Thursday, defeating Australia 10-2 and the United States 8-5, to finish with an 8-1 record.

That put them second in Group B behind 9-0 Scotland. Canada’s only loss of the tournament came against the Scots on Monday. Scotland is represented by Eve Muirhead, who skipped her women’s team to gold at Beijing 2022, and Bobby Lammie, who was part of the Olympic silver medal-winning men’s team in February.

In their crossover qualification playoff game taking place Friday at 6:30 a.m. ET, Canada will face Norway, who placed third in Group A. The winner of that match will take on Switzerland in one semifinal later on Friday at 1:30 p.m. ET. The Swiss duo of Alina Paetz and Sven Michel topped Group A to get the bye to the semifinals.

Sweden and Germany will square off in the other qualification playoff game with the winner moving on to face Scotland, who got the other semifinal bye.

The bronze and gold medal matches are both scheduled for Saturday.

“If we continue to play the way we’re playing and we continue to get comfortable with the ice, we’ll be in a good position,” Gallant said after the win against England. “We’re positioning our draws better than we were at the start of the week, and that’s been the key to our game. Getting those angles set up, and we’re starting to make a few more shots a game, and that’s really been helping.”

Gallant is making history by being the first Canadian curler to compete at the Olympic Winter Games, the men’s world championship, and the mixed doubles world championship in the same year. As the second for Team Brad Gushue, he won Olympic bronze in Beijing. A couple weeks after returning home, they won the Brier to become Team Canada for the men’s worlds where they captured the silver medal.

Peterman also competed in Beijing as the second for Team Jennifer Jones. The couple, who will be getting married in June, are seeking their second podium at the mixed doubles worlds. They won silver together in 2019 and are two-time national mixed doubles champions.

“We like playing together and we enjoy it,” said Peterman. “It’s fun on the ice and we’re not really thinking about the pressure ever. We just like playing and making great shots and this discipline is fun for us to highlight that.”

Peterman and Gallant opened the worlds with a 9-3 win over Germany on Saturday, which was followed by victories against Spain (8-2) and Turkey (10-5) before their encounter against Scotland which they lost 8-4. They rebounded with big wins over Hungary (10-1) and the Czech Republic (10-4) before keeping their win streak going against England.