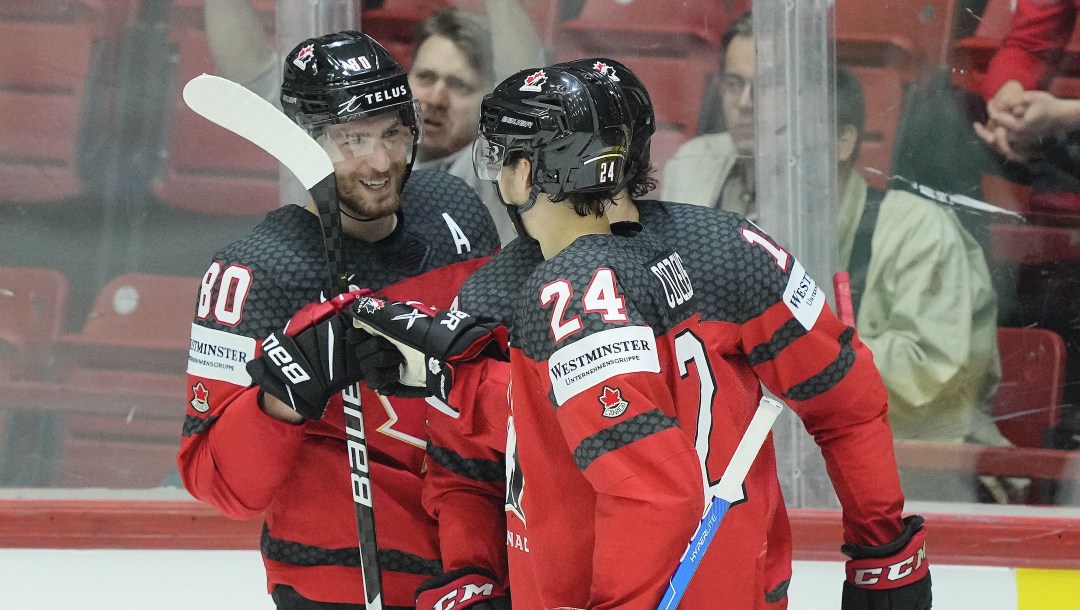 Canada’s National Men’s Team secured a spot in the gold medal game at the 2022 IIHF Men’s World Hockey Championship. They hit the ice hungry for a win and didn’t disappoint, defeating Czechia 6-1 in the semifinals.

They now advance to the gold medal game which will also feature Finland, the first time ever the final is being played between the same two countries three years running. Finland won in 2019, but Canada got the better of Suomi last year.

Czechia was the first on the board at 7:07 on a four-minute penalty after Zach Whitecloud took a high-sticking penalty. Canada controlled the play, but the Czechs were able to maintain a one goal lead for most of the first as Canada drew two more infractions. Once again, Dylan Cozens opened up the Canadian scoring with an important goal to tie the game before the end of the first. Cozens’s first shot was saved beautifully by Czechia’s goalkeeper, Karel Vejmelka, but the Canadian got his own rebound and whacked it in with 32.3 seconds remaining.

That momentum carried over to the second as Canada dominated it from start to finish, scoring the only three goals of the period to take a commanding 4-1 lead. Adam Lowry slid one in on the power play to give Canada a 2-1 lead at 7:33. Lowry got the goal with an accurate shot. 81 second later, Kent Johnson extended Canada’s lead to 3-1. Dawson Mercer took a simple shot from a bad angle, but Vejmelka, kicked out the rebound and Kent Johnson was right there to put it home.

Finnish coach Kari Jalonen called a timeout for his Czech team, but the quiet time didn’t work. After Czechia received another two minutes for roughing, Matt Barzal scored another power play goal two minutes later. Barzal walked in to the top of the circle and snapped a pinpoint shot crossbar and in.

3:56 into the third, Cole Sillinger posted his first of the game, improving Canada’s lead to 5-1. He gained control of the puck in his own end off a turnover, barrelled down the left side and beat Vejmelka with a clean shot. Cozens collected his second of the game and sixth of the tournament at 12:50 to make it 6-1. He back-handed the puck past a screened Vejmelka. But it got worse for Czechia. They challenged the goal on the basis of offside, but the call stood and they incurred a bench minor.

Cozens now has 12 points in the tournament, three behind leader Czechia’s Roman Cervenka and one behind teammates Pierre-Luc Dubois and Drake Batherson. Cozens leads all players in plus-minus with a +11.

Notably, Canada scored twice on three power plays in the second period and Czechia only once on four in the first.

Canada will face-off for gold against the home team, Finland, at 1:30 p.m. ET at Nokia Arena on Sunday, while Czechia will play USA for bronze at 8:20 a.m. ET.

Previously in the quarterfinals on Thursday, Drake Batherson scored 43 seconds into overtime, powering Canada to a 4-3 comeback victory over Sweden. The Canadians wrapped up their final game of round robin play with a convincing 7-1 win over France. This win helped them finished the preliminary phase of the tournament in third place of Group A with a 5-2 record behind Switzerland (7-0) and Germany (5-2).

Brent Seabrook made his Olympic debut at Vancouver 2010 where he helped Canada win the gold medal on home ice....