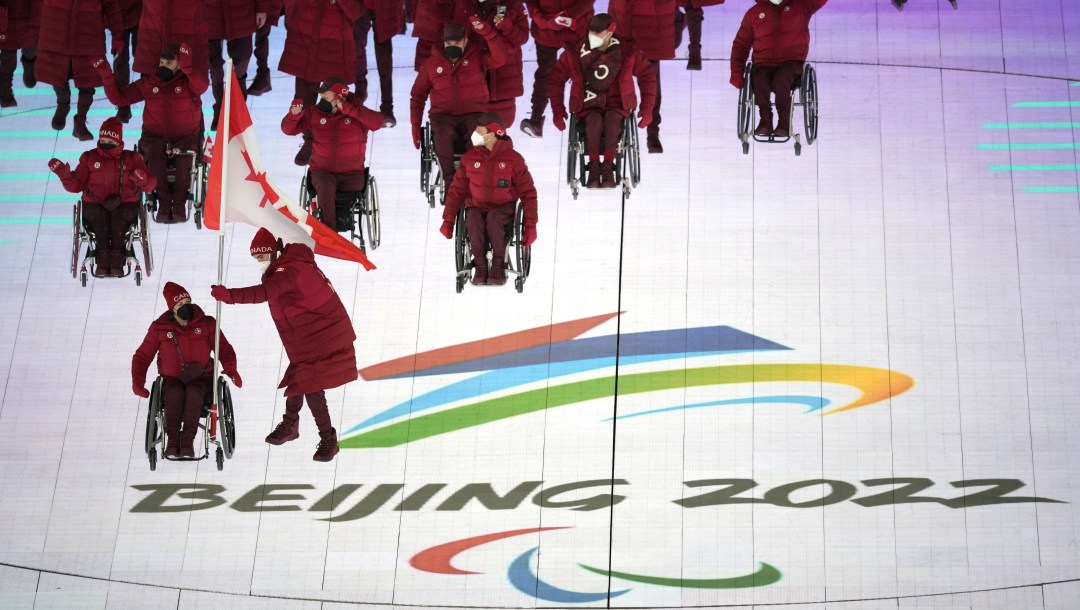 The Olympic Games are probably the most well known multi-sport event. They bring together thousands of athletes from around the world to compete in a wide variety of sports in summer and winter editions.

The Canadian Olympic Committee is also responsible for sending athletes to the Pan American Games – a summer multi-sport event for athletes from North, Central and South America and the Caribbean – as well as the Youth Olympic Games with its summer and winter editions for athletes aged 15-18.

But they are far from the only multi-sport events in which Canadian athletes can compete. Here’s a quick look at some other multi-sport games that happen here at home and abroad.

The Paralympic Games exist alongside – or in parallel with – the Olympic Games. They have their roots in the Stoke Mandeville Games which were organized for wheelchair athletes by Dr. Ludwig Guttman in Great Britain at the same time that London was hosting the 1948 Olympic Games.

Learn more about the Paralympic Games
and the Canadian Paralympic Committee

The first Paralympic Games were held in Rome in 1960, with the first winter edition taking place in 1976 in Sweden. Since Seoul 1988 (summer) and Albertville 1992 (winter), the Paralympics have been in the same host city and venues as the Olympic Games.

A cornerstone of the Paralympic Movement is classification, which ensures that athletes of similar physical impairment compete against each other in their respective sports. There are currently 22 summer sports and six winter sports at the Paralympic Games.

More than 4400 athletes from 162 delegations competed in 539 events at Tokyo 2020. There were 564 athletes from 46 countries competing in 78 events at Beijing 2022. The Canadian Paralympic Committee is also responsible for sending athletes to the Parapan American Games which began in 1999 and have been held in the same city as the Pan Am Games since 2007.

Held every two years, alternating between winter and summer editions, the Canada Games are a launching pad for some athletes and the pinnacle of the sporting careers of others. The Canada Games bring together more than 2000 able-bodied athletes and athletes with physical and intellectual disabilities to represent their provinces and territories.

Learn more about the Canada Games

Many of the sports included can be found on the Olympic and Paralympic programs, but there are also some others, such as lacrosse and ringette. First held in 1967, the Games have been hosted by every province. In 2007, Yukon became the first territory to play host with the Winter Games coming to Whitehorse.

Postponed from 2021 to 2022 because of the pandemic, the next edition of the Canada Summer Games will take place in Ontario’s Niagara region. Those will be followed in 2023 by the Canada Winter Games on Prince Edward Island.

Held every four years, the Commonwealth Games are open to athletes from countries which are members of the Commonwealth. Most of these are or were British colonies and territories, but some have no historical ties to the British Empire.

There is no Team Great Britain at the Commonwealth Games; instead athletes represent their home nation or territory. So, you’ll see the flags from such places as England, Falkland Islands, Gibraltar, Isle of Man, Montserrat, Northern Ireland, Scotland, and Wales (among others), who each field their own teams.

The next edition of the Commonwealth Games will take place in the summer of 2022 in Birmingham, England followed by Victoria, Australia in 2026.

The first edition of the ANOC World Beach Games was hosted in Qatar in 2019. Created by the Association of National Olympic Committees, of which the COC is a member, they are a global youth-centric festival of beach, water, and action sports.

More than 1200 athletes from 97 NOCs competed in 13 sports in 2019. Among them were beach soccer, beach handball, open water swimming, water skiing, and beach wrestling. The next ANOC World Beach Games are scheduled for August 2023 in Bali, Indonesia.

The World Games are a global multi-sport event that have been held every four years since 1981. They provide a major competitive opportunity for athletes in sports and events that are not part of the Olympic program. This includes sports such as flag football, korfball, sumo, billiards, tug of war, and flying disc (among others), but also disciplines like acrobatic gymnastics, tumbling, canoe polo, latin dancesport, and compound archery.

Learn more about the World Games

Last held in Wroclaw, Poland in 2017, the World Games will return in the summer of 2022 in Birmingham, Alabama after a one-year postponement because of the pandemic.

There are summer and winter editions of the Universiade that take place every two years. To be eligible to compete, athletes must be working towards a degree or diploma or have only just earned that academic achievement at a university or similar institution.

The first Summer Universiade was held in 1959 with the first Winter Universiade in 1960. They started to be held in the same year in 1981. The sports programs for both are very similar to what you would see at the Olympic Games.

The last World University Games were in 2019. Following pandemic-related delays, they will be next held in 2023, with the winter edition in Lake Placid, New York and the summer edition in Chengdu, China.

The North American Indigenous Games were first held in 1990, the culmination of a dream that began in the 1970s to hold a multi-sport event for Indigenous Peoples in Canada and the United States. The NAIG have generally taken place every three years, but that cycle has not always been consistent.

There are 15 sports on the NAIG program, including three that are traditional Indigenous sports: archery, canoe/kayak, and lacrosse. Athletes represent their province, territory, or state. The most recent editions of the NAIG have featured more than 5000 athletes.

The NAIG were most recently held in Toronto in 2017. The next edition was scheduled to take place in Kjipuktuk (Halifax) in 2020, but because of the pandemic, they were postponed until 2023.

The Arctic Winter Games were first held in 1970. The goal was to provide more competitive opportunities for athletes from the North who didn’t have access to the same advantages as athletes from the south. At first, teams came from Yukon, Northwest Territories and Alaska. In recent years, there have also been delegations from Nunavut, Nunavik (northern Quebec), Alberta North, Greenland, Sápmi (northern Scandinavia), and Yamal-Nenets (northern Russia).

Last held in 2018 in the South Slave Region of the Northwest Territories, the Arctic Winter Games had to postpone their 50th anniversary edition in 2020 because of the pandemic. They will next take place in early February 2023 in Wood Buffalo, Alberta.

The Jeux de la Francophonie brings together sport and culture. Held every four years since 1989, they include competitions in several forms of art (music, literature, dance, painting, etc) as well as sports, among them athletics, basketball, judo and wrestling.

Participants come from countries that are member states of the Organisation international de la Francophonie. These countries have French as their first and/or customary language or there is a significant population of French speakers. Canada hosted the 2001 Jeux in Ottawa.

Last held in 2017 in Abidjan, Côte d’Ivoire, the next edition is planned for Kinshasa, Democratic Republic of Congo. Postponed from 2021 because of the pandemic, they will take place in 2023.

The Maccabiah Games are the world’s largest Jewish athletic competition. First held in 1932, they now take place every four years, always in Israel. More than 80 countries send delegations to what are often called the “Jewish Olympics”.  There are four separate competitions: open, junior, masters, and paralympic.

Learn more about the Maccabiah Games

The Maccabiah Games are primarily for summer sports, many of which are part of the Olympic program along with some others such as chess, cricket and netball. There are also ice hockey tournaments, however.  Having last taken place in 2017, the next edition of the Maccabiah Games will be in July 2022.

The word “invictus” means “unconquered.” It’s a fitting name for an athletic competition for wounded, injured, and sick veterans of military service. The Invictus Games were born after Prince Harry, Duke of Sussex, attended the Warrior Games in the United States in 2013 and saw how sport can be a physical, psychological and social benefit to those suffering from injuries and illness.

Learn more about the Invictus Games

First hosted in London in 2014, there have been five editions so far, most recently in The Hague, Netherlands in the spring of 2022 after being postponed twice because of the pandemic. More than 500 competitors from 20 countries gathered to compete in 10 adaptive sports, including athletics, powerlifting, wheelchair basketball, indoor rowing, and swimming. The next Invictus Games are planned for September 2023 in Dusseldorf, Germany.

Like the Olympic and Paralympic Games, the Deaflympics take place every two years, alternating between summer and winter editions. Called the International Silent Games when they were first held in 1924, they were the first multi-sport competition for athletes with disabilities. They are organized and run exclusively by and for members of the deaf community.

Learn more about the Deaflympics

Many of the sports are also part of the Olympic program, but others include bowling, orienteering, and chess. The most recent Summer Deaflympics took place in May 2022 in Caxias do Sul, Brazil with 2400 athletes from 73 nations after being postponed a year because of the pandemic. The next ones will be held in 2025 in Tokyo. The next Winter Deaflympics will be hosted in 2024.

The first Special Olympics were held in Chicago in 1968. The movement was founded by Eunice Kennedy Shriver – sister to former U.S. President John F. Kennedy – who was inspired by the work of Canadian researcher Dr. Frank Hayden which revealed the transformative effect that sport could have on people with an intellectual disability.

Learn more about the Special Olympics

While Canadians compete in the Pan American Games, there are multi-sport events for other continents: the African Games, the Asian Games, and the European Games.

Smaller multi-sport events also take place within continental regions to provide great competitive opportunities for athletes. For example, the Pacific Games are a quadrennial event featuring island nations and territories around the Pacific Ocean. The Games of the Small States of Europe are held every two years for European countries with populations under one million. The SEA Games (or Southeast Asian Games) are a biennial event for 11 countries in Southeast Asia. The Caribbean Games will have their first edition in 2022. These are just a sampling of the many regional multi-sport games held around the world.