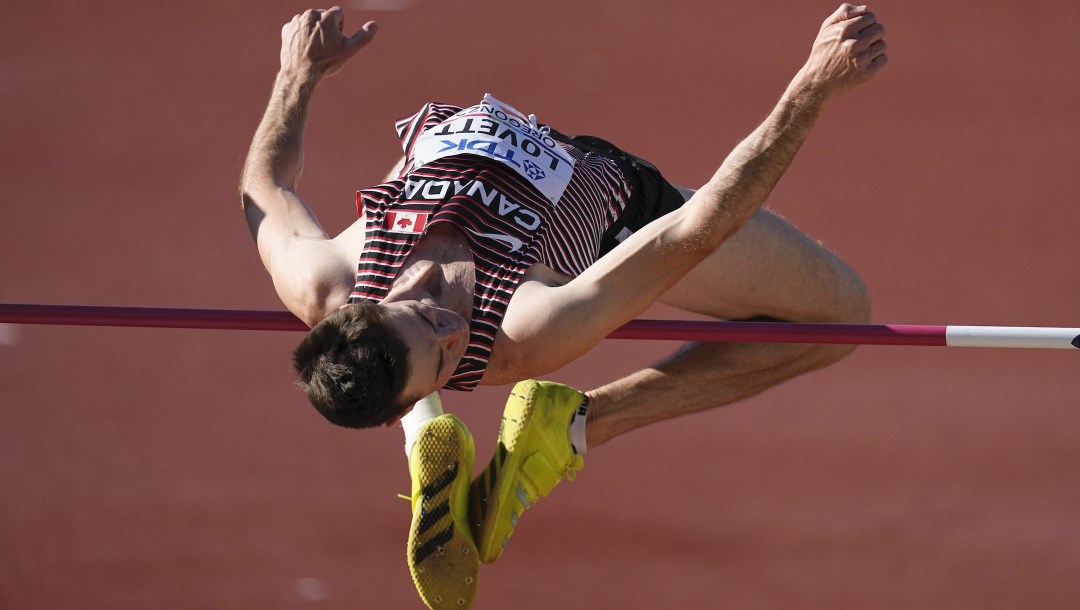 Team Canada athletes kept fans on their feet over the weekend. Among the highlights were a huge medal haul by track and field athletes in the Bahamas and a clutch performance by Corey Conners that qualified him for a couple of prestigious tournaments.

Keep reading for a recap of this weekend’s highlights:

Busy in the Bahamas 🏃‍♀️

Canadian track and field athletes stepped on the podium a total of 14 times at the 2022 NACAC Championships in the Bahamas.

At the competition for athletes from North America, Central America and the Caribbean, Sarah Mitton dominated the women’s shot put on Sunday. She threw 20.15m to secure the gold medal, finishing 1.33m ahead of the silver medallist, American Jessica Woodard. The throw was Mitton’s second best of her career (behind only her national record 20.33m) and earned her a second international gold medal of the summer, following her victory at the Commonwealth Games.

Canada’s other gold medal came in the men’s high jump event as Django Lovett tied for top spot after clearing 2.25m. That was among Canada’s seven medals on Saturday, which also included a silver for Evan Dunfee in the men’s 20,000m race walk and a silver for Christabel Nettey in the women’s long jump.

Fresh off her bronze medal at the Commonwealth Games, Jillian Weir won another bronze in the women’s hammer throw. Another Olympian who reached the podium was Charles Philibert-Thiboutot who won bronze in the men’s 1500m.

Conners gets it done on the golf course ⛳️

Corey Conners finished the BMW Championship in Wilmington, Delaware in a tie for fifth, four stroke back of the lead. He did that by making birdies on three of his last four holes.

While that is a good standalone result, it qualified the 30-year-old for next week’s Tour Championship which only features 30 entrants. Conners also earned a spot on the International Team for the Presidents Cup to be played in September. He will be just the fourth Canadian to participate in that tournament.

Team Canada had a good showing at the FIBA 3×3 Women’s Series in Quebec City, finishing fourth overall. Paige Crozon and Kacie Bosch were joined on the court by Rosalie Mercille and Mael Gilles.

The new-look Canadian quartet had secured a semifinal bye after winning their pool on Friday. But in that semifinal on Saturday, Lithuania took a 15-3 lead. The Canadians battled to get back into it, but couldn’t get closer than six points before the clock ran out and Lithuania took the 19-13 victory.

Last week, the Crozon and Bosch teamed with Katherine Plouffe and Michelle Plouffe to claim the title at the FIBA 3×3 Women’s Series stop in Bucharest, Romania. This weekend Canada will be at the next stop of the series in Eaubonne France.

Auger-Aliassime a quarterfinalist in Cincy

Félix Auger-Aliassime made it to the quarterfinals of the Western & Southern Open, the ATP Masters 1000 event in Cincinnati, Ohio. The 22-year-old Canadian fell 6-4, 6-4 to Croatia’s Borna Coric, who went on to win the tournament and jump 123 spots up the world rankings into the top 30.

Auger-Aliassime had defeated Australia’s Alex de Minaur in the second round, then Italy’s Jannik Sinner on in the following round. He improves by one spot in the ATP singles rankings to be number eight in the world.

Loach finished second and third in the individual event, placing second with her mount Vermont and third with FE Golden Eye.