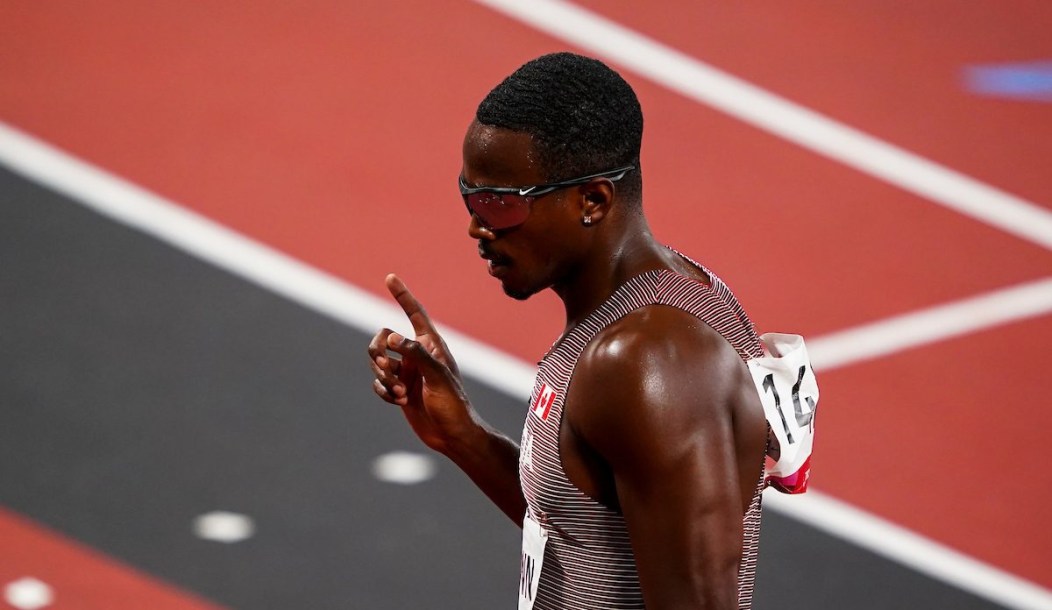 Canadian sprinter Aaron Brown added another piece of hardware to his collection finishing third in the men’s 200m at the Diamond League meet in Brussels, Belgium.

Brown clocked in at 20.22 seconds to finish behind gold medallist American Erriyon Knighton — 20.07 seconds — and Alexander Ogando of the Dominican Republic — 20.18 seconds.

Earlier this season at the Diamond League, Brown won the 100m at the second stop in Birmingham, UK. He also finished fifth in the 200m — at two stops on the circuit, at Doha on May 13 and Monaco on August 10.

The 30-year-old finished seventh in the 200m at the World Championships in Eugene, Ore., last July clocking in at 20.18 seconds. However, the highlight of his competition was winning gold with teammates Jerome Blake, Brendon Rodney and Andre De Grasse in the men’s 4x100m relay.

In the men’s 800m, Marco Arop took fifth in a hotly contested race. With a time of 1 minute 44.48 seconds, the Canadian finished 0.36 seconds behind silver medallist Djamel Sedjati of Algeria. Britain’s Jake Wightman won the race — finishing in 1:43.65.

Brown and Arop have both qualified to compete in the 200m and 800m respectively at the Diamond League Finals September 7-8 in Zurich, Switzerland.