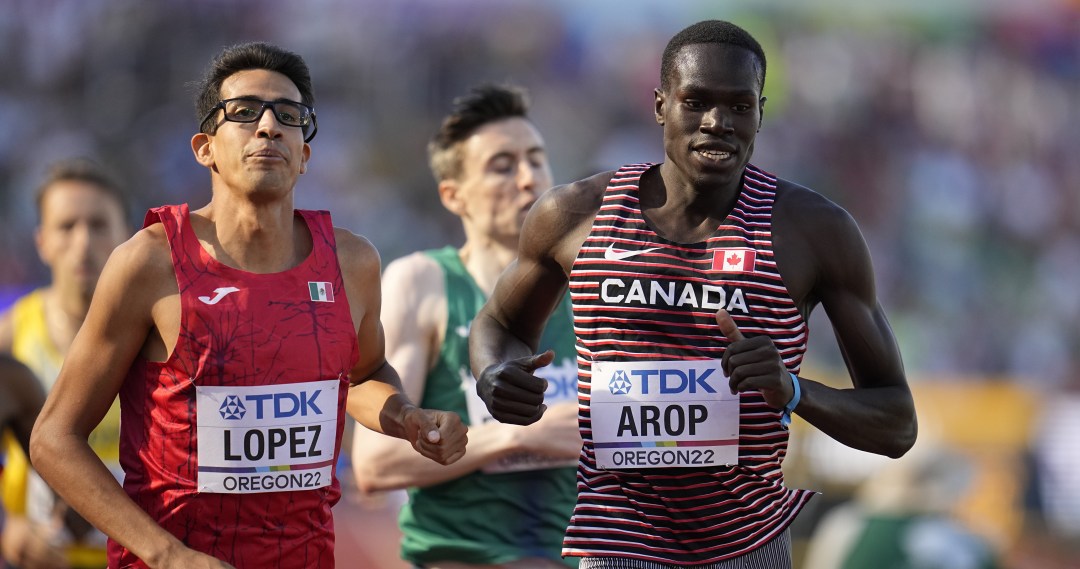 Aaron Brown and Marco Arop are both coming home from day two of the Diamond League Final in Zurich, Switzerland with some new hardware. Brown sprinted to silver and bronze in the men’s 200m and 100m respectively while Arop won silver in the men’s 800m.

In the 200m, Brown fought for position late in the race to take the silver medal in 20.02 seconds to edging out Alexander Ogando of the Dominican Republic in a photo finish. The race was won by American Noah Lyles — who set a new competition record of 19.52 seconds. Andre De Grasse finished sixth in the event in 20.43 seconds.

Brown finished third in the 100m with a time of 10.06 seconds, matching his best time of the season. American Trayvon Bromell claimed gold in 9.94 seconds, while Yohan Blake of Jamaica managed to combat Brown’s late push edging him out by 0.01 seconds at the finish. De Grasse finished eighth in 10.21 seconds.

Earlier this season, Brown won gold in the 100m he has competed at the Dimond League event in Birmingham. In the 200m, he finished fifth at two stops on the circuit — Doha and Monaco. He entered the Final in Zurich ranked 10th in the circuit standings in the 100m and sixth in the 200m. At the World Athletics Championships in Eugene last July, the 30-year-old finished seventh in the 200m and eighth in the 100m.

De Grasse saw COVID-19 slow him down at the start of the season affecting his preparation for the World Championships during which he withdrew from the 200m before contributing to the gold medal of the men’s relay 4 ×100m, a team that Brown was also a member of.

Arop finished his race in 1:43.38 — just 0.12 seconds off his best ever time. In a thrilling 800m final the Canadian — who claimed the lead with 200m to go, appeared to be on his way to victory when Emmanuel Kipkurui Korir of Kenya responded. The Tokyo 2020 Olympic Champion in this event dug deep to accelerate past Arop and win by 0.12 seconds. Britain’s Jake Wightman was third in 1:44.10.

23-year old Arop previously stood on the Diamond League podium three times this season. He won bronze in Doha and gold in Birmingham in the 800m event and silver in Monaco in the rarely competed 1000m.

This final event in Zurich was the last stop of 13 on the Diamond League circuit for 2022. Canada will bring 5 total medals home with the addition of Sarah Mitton‘s shot put silver and Django Lovett‘s high jump bronze from Day One of the final.

READ: Mitton and Lovett find the podium at the Diamond League Final