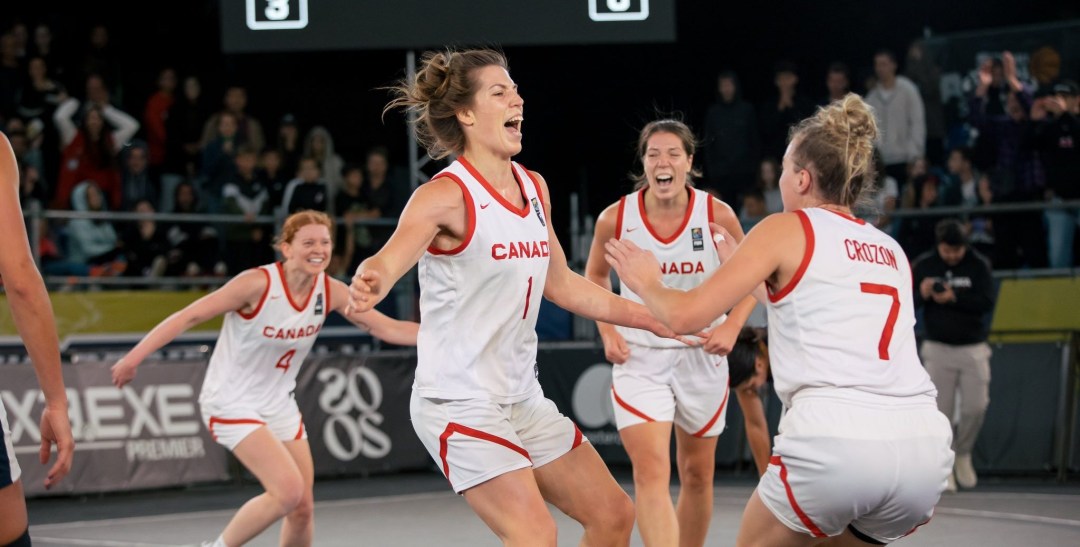 Canada’s women’s basketball team capped off a dominant season with a win in the Constanta Finals in Romania against France.

The team made up of Kacie Bosch, Paige Crozon, Katherine Plouffe and Michelle Plouffe went undefeated during the final tournament of the 2022 FIBA 3×3 season, with wins over Romania, France, and Lithuania in pool play, and playoff wins against Germany and France to clinch the title.

In the final, Canada rebounded from an early six-point deficit to win the final 21-16. Michelle Plouffe had 14 of those points.

On the clinching bucket, she took advantage of a smaller French defender, backing her down into the paint and neatly finishing off of the glass.

Team Canada had an incredible season on the 3×3 circuit.

Their winning percentage nearly eclipsed 90 per cent as they finished the season with a 25-3 record. Their title win in Constanta was their fourth title in a season that only featured eleven stops. No other team won more than two.

Canada did not compete at the Tokyo 2020 Olympic Games due to qualifying rules, but they look to be strong contenders ahead of Paris 2024.