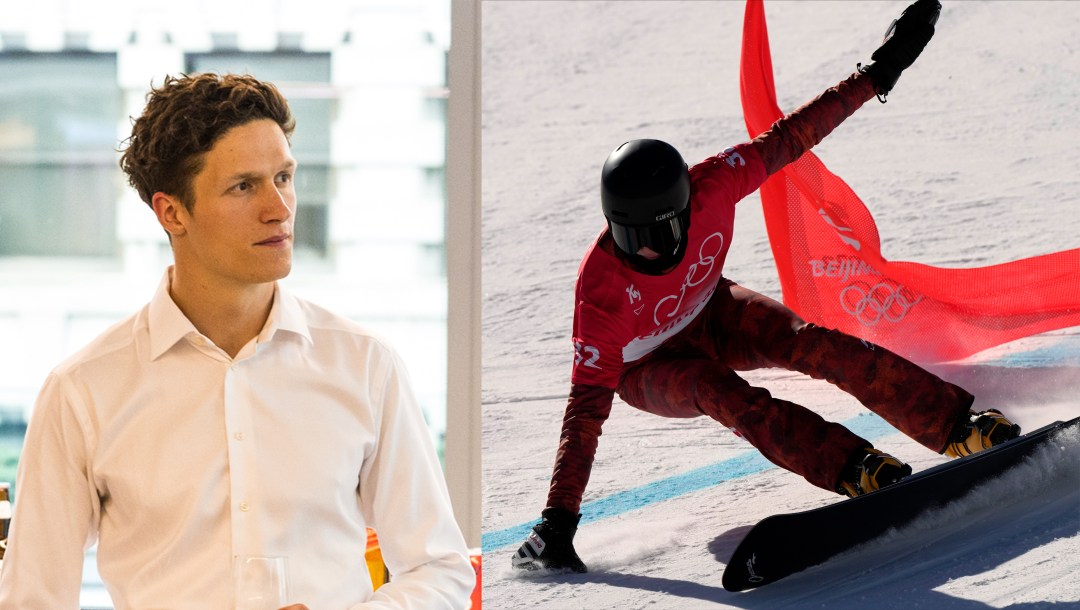 The challenges athletes face leading up to an Olympic or Paralympic Games are well documented.

The mental and physical toll these elite competitors go through to achieve peak performance at a particular moment is no easy task. For many, though, the post-Games period can be just as challenging—especially for those unsure if they want to compete for another four-year cycle.

That’s where the Game Plan Work Experience Program powered by Deloitte comes into play, offering internships designed to help national team athletes transition into a second career by giving them hands-on experience in a business environment. This allows elite athletes the opportunity to discover new passions while building on the skills they developed while competing in sport.

For rower Christine Roper, the past couple years have been a rollercoaster. The two-time Olympian has gone from dealing with the Tokyo 2020 postponement to winning gold with the women’s eight last year to doing an internship as a business analyst at Deloitte’s Victoria office. The change has been refreshing for the 32-year-old—but it has also felt overwhelming and scary at times.

“It’s a huge transition to be making, not only mentally, but also just physically. Everything about my day has changed. I went from training outside and having this very structured schedule,” said Roper. “All of these things that were top of mind for me as an athlete are now just completely changed. That does take a bit of adjusting.”

Knowing her rowing career wouldn’t last forever, Roper began to think about her post-sport life in the years leading up to Tokyo 2020. Not knowing what was next for her led to some anxiety.

“It was a huge question mark for me. What was I going to do next? Who am I outside of rowing? While I haven’t hung up my oar officially, I knew in order to be a good athlete and in order to improve in a boat, I needed to be able to answer those questions and sort that side of my life out a bit. So, at the very least, I wanted to take a year, maybe even two off, to be able to answer that question.

“I really feel like if I can get my footing in something, which luckily, I think I have … I can begin to answer those questions and figure that out a little bit. That’s only going to help me be a better athlete at the end of the day. Or, it could be that a year or two down the road I’m pretty settled, I’m pretty happy, I’m feeling a bit more content.”

Roper began to work with a Game Plan Advisor while she was still preparing for her second Olympic appearance, getting a resumé and cover letter put together with the hopes of creating some connections and networking opportunities after the Games. After taking a few months off following her gold medal win, Roper began to meet with people in the business community, asking them questions to get an understanding of what their day-to-day is like.

Roper’s networking ultimately led to conversations with Deloitte. After a successful interview process—which Game Plan helped prep her for—Roper began her internship in May. That role involved working with the human capital consulting team under organizational transformation. The team assists clients with change management, ensuring a successful rollout.

Towards the end of her summer internship, Roper said things were going so well that she hoped to continue with Deloitte. So she was “beyond excited” to accept a fulltime job offer with the human capital consulting team.

“During the [Game Plan Work Experience] Program I was able to get a real sense for the type of work that is done in human capital consulting, the expectations, and what my day-to-day during and outside of work would look like. I still feel like I have much to learn in a corporate environment and at Deloitte I feel confident that I will get the guidance and support that I need to excel. I have been able to rely on the skills I gained from my time as an athlete and I look forward to seeing how much I can grow and add to that list now that I am full time with Deloitte.

“This transition away from sport is very challenging in many ways and I am so appreciative of Deloitte for their continued support. The sky’s the limit and I’m excited about it!”

Roper graduated from the University of Virginia in 2011 with a psychology degree but dedicated the next decade to rowing full time. Though still undecided about competing at Paris 2024, she has left the door open for the possibility—while continuing to pursue opportunities in the business world. But the Game Plan Work Experience Program is not just for athletes who are soon considering a retirement from sport.

Snowboarder Jules Lefebvre competed at Beijing 2022 and has his sights set on returning to the Olympic slopes at Milano Cortina 2026. The 26-year-old has been chipping away at completing his Bachelor of Engineering degree from Polytechnique Montréal as he continued to compete internationally over the past few years. While the schedule is busy, Lefebvre has become accustomed to combining school and sport.

“I still have three semesters to go in my undergrad and I’m still very much set on continuing to compete,” said Lefebvre. “I’m going to dial it down on snowboarding for the season to come in order to finish my undergrad, but I still very much want to compete in 2026 and get back to the highest level of competition.”

Lefebvre, who has interned in business environments previously, believes that working on his studies while competing has put him at ease regarding his post-sport career.

“I’ve always had an interest in science, physics at first and now software engineering. There’s never really been a choice for me, sport or a professional life or studying. It’s just always been the two at the same time and I think I would be much more nervous about my athletic career if I was only pursuing snowboarding, especially given the financial situation in that sport. Even if you’re amongst the best in the world it’s very hard to make a living out of it. So yeah, it feels sort of reassuring that I’ll be okay for life after sport.”

Through the Game Plan Work Experience Program, Lefebvre worked as an analyst for Omnia AI, Deloitte’s artificial intelligence practice. The snowboarder was a member of the data modernization and analytics team, focusing on data transformation projects. Lefebvre mostly worked with a Canadian financial institution, doing data and cloud migration, something that complements his current schoolwork.

While working from a Toronto office is quite a contrast from going down the giant slalom course in Beijing, Lefebvre enjoyed the Game Plan Work Experience program and the skills he gained.

“It’s been exceeding my expectations,” Lefebvre said during his internship. “I feel like I’m learning very valuable skills. The days go by quickly. They keep me busy and that’s fun.”

Lefebvre will be returning to Deloitte next year to do another summer internship with Omnia AI when he will get the chance to work on new and different client engagements.

“I was relieved to receive the offer at the end of my internship. I’m glad to see that my contribution was recognized and I’m looking forward to this further opportunity to learn and grow at Deloitte. I think this is a positive step in paving the way for a smooth transition after my snowboarding career.”

While both Roper and Lefebvre learned a lot in their internships, both agreed that there are a number of skills that translate well from the sports world to the business world. Things like work ethic, time management, handling stressful situations, learning from mistakes, and teamwork are all skills that work both on the field of play and in the office.

Just like learning a new sport, the first step—or row or ride—of a new career can be the hardest. Game Plan helps with the first step into post-sport life and it has proven to be a very useful resource for Olympians.

“They’ll find a good match for your skill set and what you’re good at,” said Lefebvre. “The first step is to get yourself out there. It can be a little scary sometimes for athletes to sort of think about those things, the post-career transition or just to work during your career…. I feel like it’s valuable … just to relieve the pressure of having to perform to sort of continue in the sport and prepare to survive financially.”

For those considering the Game Plan Work Experience Program, Roper encourages athletes to take the time to network as much as possible to ensure they get the best possible placement.

“Take the time before you apply to just speak with some people to learn a little bit about what it is that they do and what they perceive to be the pluses and minuses of the environment that they’re in and just really see if that aligns with something that you’re looking for,” said Roper. “I think the biggest thing that helped me were those networking calls.

“I was surprised by how open people are to just sitting down with you for 30 minutes and talking about what they do, how they got to where they got. It’s such a huge tool. It’s so helpful for an athlete to be able to have those kinds of conversations. And I was very pleasantly surprised at how willing and open people are to do those. So that would be my biggest piece of advice—network as much as you can.” 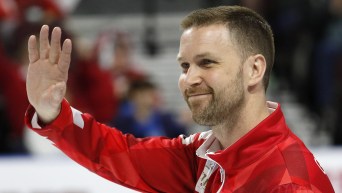