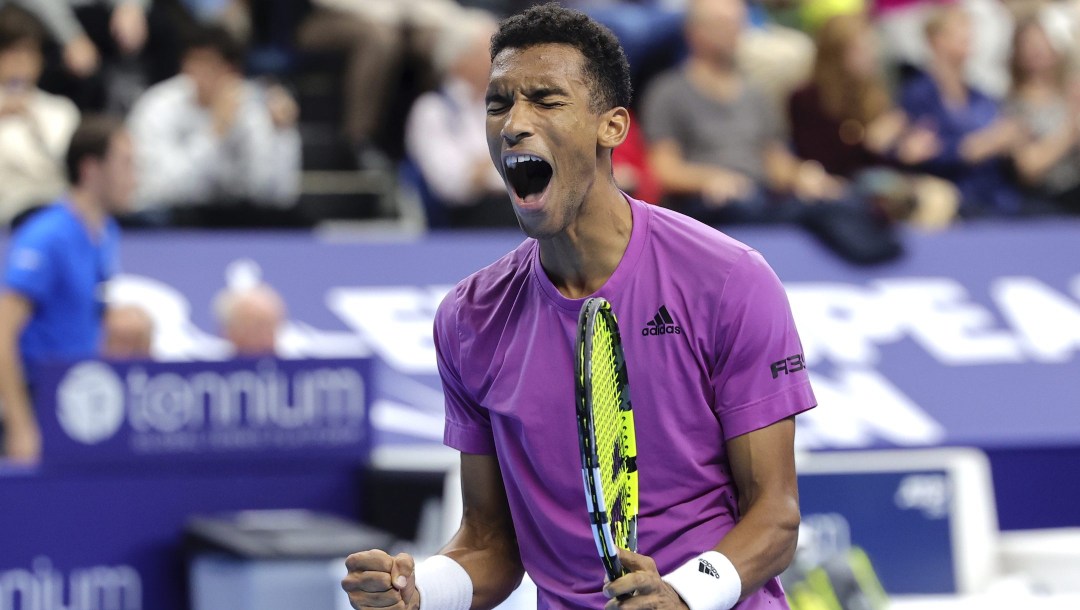 Félix Auger-Aliassime is playing some of the best tennis of his career. Florence, Antwerp and now Basel. Three titles in three weeks.

The 22-year-old Canadian was crowned champion at the Swiss Indoors Basel after defeating Holger Rune of Denmark 6-3, 7-5 in Sunday’s final at the ATP 500 tournament in Basel, Switzerland. This is his third consecutive ATP Tour title and 13th consecutive win.

The Canadian’s serve was untouchable all week and that continued in the final. Auger-Aliassime, the third seed in the tournament and ninth in the world, fired 11 aces and won 78 per cent of his first-serve points. He saved all three of Rune’s break point chances while converting on two out of his own five opportunities.

The Montreal native didn’t give up a single break point in all five of his tournament matches and only dropped one set throughout.

“It’s been an amazing week,” Auger-Aliassime said after the match. “Once again in the final, not getting broken all week. [It’s been] a long year, a long stretch of wins, and it’s not over. So hopefully I can keep going, but right now I’m feeling all the good emotions that come with winning a tournament. It’s amazing.”

Attention now turns to the Paris Masters next week, the final regular event on the ATP Calendar and the last chance to qualify for the ATP Finals. With this win, the Canadian surpasses Andrey Rublev for No. 6 in the race to Turin.

On Saturday the Canadian upset world No. 1 Carlos Alcaraz in the semifinals to secure his 12th consecutive win and reach his third straight final. Alcaraz was no match for Auger-Aliassime, who cruised to his third straight win over the Spaniard in two sets of 6-3, 6-2. Previously he took down Alcaraz at the Davis Cup last month and at the U.S. Open last year.

Recently he won the Firenze Open and European Open in back-to-back weeks. Having won the Rotterdam Open in February, he is now up to four titles in his career, all falling in the current calendar year.

Over at the Vienna Open, Denis Shapovalov fell short of winning his first title of the year. In the final of the ATP 500 event, he started strong but couldn’t hold off Daniil Medvedev. The 23-year-old Canadian fell in three sets of 6-4, 3-6, 2-6.

Shapovalov won 78 per cent of his first-serve points and broke on three of his nine opportunities. The 23-year-old also fired six aces but committed six double faults in the loss.