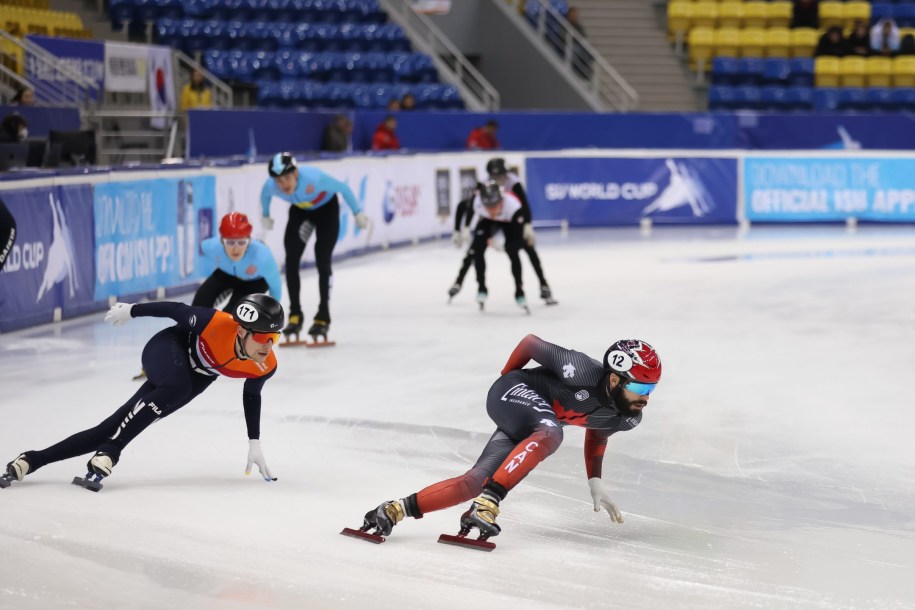 Team Canada added their third medal of the weekend on Sunday at the Short Track Speed ​​Skating World Cup after the men’s team skated to gold in the 5000m team relay.

Relay gold for the men’s team on Sunday

The final lap was a photo finish; Netherlands and Canada were neck and neck before Jordan Pierre-Gilles gained the slightest of advantages as he stuck out his left skate to cross the finish line first.

Japan’s relay team went home with bronze in the event.

It was the second gold and third medal overall for Canada this weekend.

On Saturday, Courtney Sarault had the performance of the day in the 1500m event, where she claimed gold with a time of 2 minutes 33.691 seconds. The Canadian finished on top of the podium ahead of Belgian Hanne Desmet (2 minutes 33.799 seconds) and Korean Suk Hee Shim (2 minutes 34.462 seconds).

This is Sarault’s second career gold medal on the World Cup circuit following her win in the 1000m last week, also in Almaty.

On the men’s side on Saturday, Steven Dubois stood out with a silver medal in the 500m, finishing the race in 41.153 seconds. First place went to Pole, Diane Sellier (41.104 seconds), while Kazakh, Denis Nikisha (41.267 seconds) completed the podium.