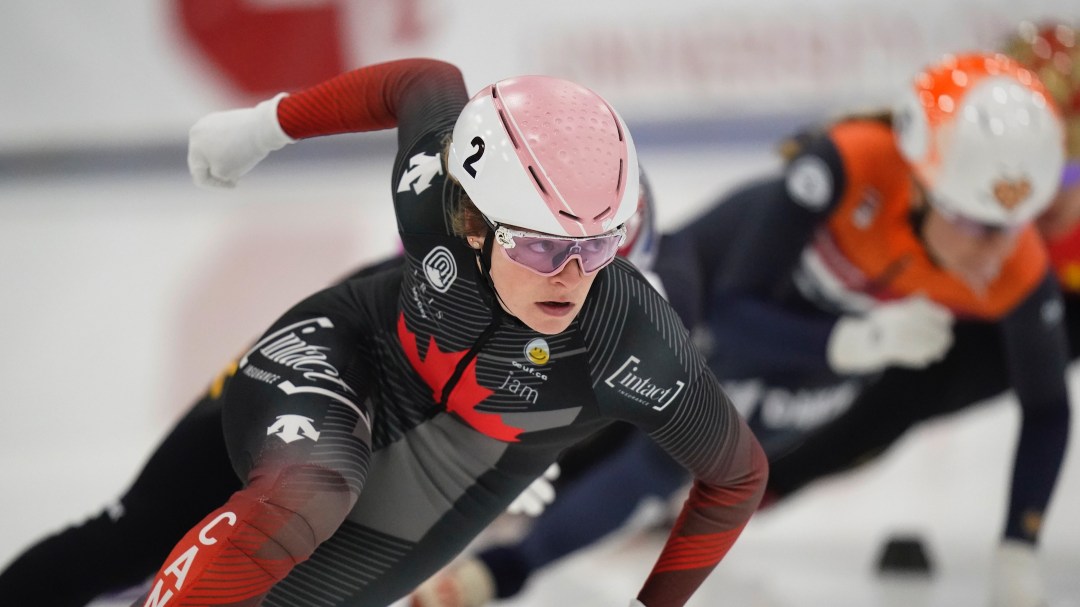 After collecting a medal of every colour on Saturday, Canadian speed skaters raced to three gold, one silver and one bronze medal on Sunday at the ISU Short Track Speed Skating World Cup in Almaty, Kazakhstan.

Kim Boutin led the medal haul, winning the only individual gold medal of the day and helping the women’s relay team to gold. In the women’s 500m final, Boutin finished in 43.020 seconds to defeat Dutch start Suzanne Schulting. Schulting crossed the line in 43.115 for silver. American Kristen Santos-Griswold (43.254) completed the podium in the bronze medal position.

In the men’s 5000m relay final, the team of Steven Dubois, Maxime Laoun, Jordan Pierre-Gilles and Felix Roussel posted 6:56.201 to climb the top step of the podium. They finished ahead of World Cup season leaders Korea (6:56.453). Japan completed the podium with bronze in 6:57.289.

Sarault added a silver medal in the women’s 1500m final for her second individual medal of the weekend. She skated a time of 2 minutes and 26.752 seconds. Belgium’s Hanne Desmet (2:26.692) won gold and Germany’s Anna Seidel (2:27.036) captured the bronze medal. Gagnon finished in sixth position.

Also capturing his second individual medal of the weekend, Dion skated to bronze in the men’s 1500m event. His time of 2 minutes and 20.545 seconds put him ahead of teammate William Dandjinou who finished off the podium in fourth.

Canada collected a medal of every colour on the first day of the ISU Short Track Speed Skating World Cup stop in Almaty, Kazakhstan.

The 22-year-old Olympian, won her first individual career gold medal on the World Cup circuit and dominated the competition from start to finish. She set the best time on the track in each of her races through the preliminary round, quarterfinals, semifinals and eventually in the A final.

Sarault notably clocked a time of 1 minute and 28.882 seconds in the quarterfinals, the best time of the entire competition.

Kim Boutin finished 4th in the B final following a penalty.

Competition concludes tomorrow with the finals in the women’s and men’s relay, 500m and second 1500m final. 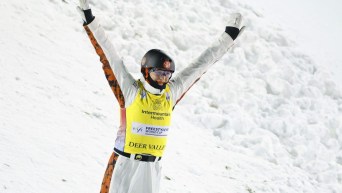