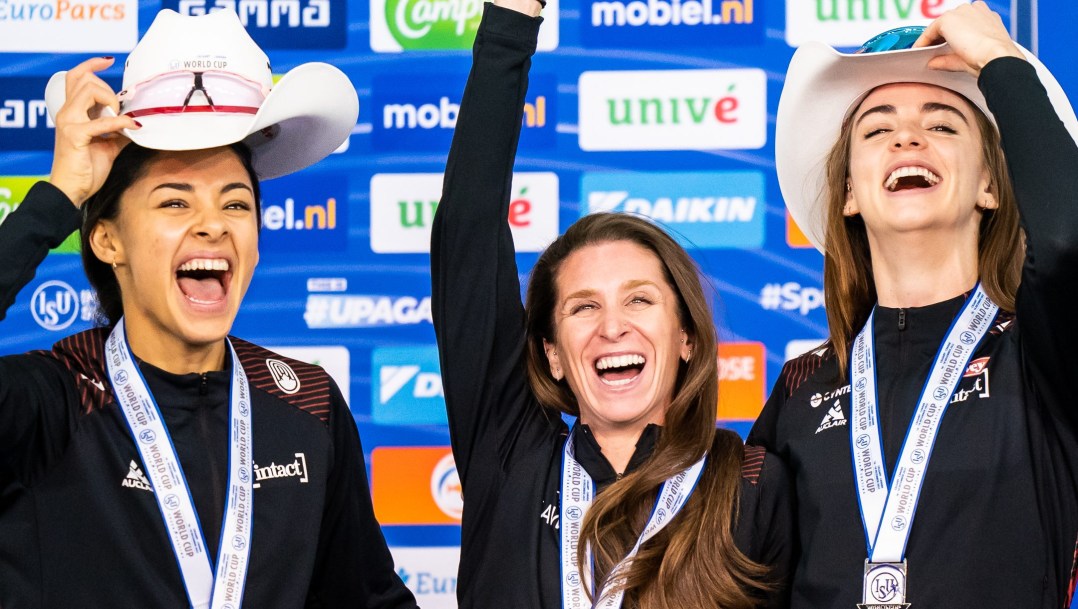 Fans did not leave disappointed as Canada’s world-class speed skaters raced to seven medals at the Long Track Speed Skating World Cup in Calgary this weekend. While the team did not finish with a gold medal, there was still plenty of hardware to hand out over the course of three days at the Olympic Oval.

In the women’s 5000m race, Ivanie Blondin took home bronze with a time of 6:54.81. Dutch skater Irene Schouten blew out the competition with nearly five seconds of separation between her and the runner-up. For Blondin, it’s her first individual medal of the 2022-2023 World Cup season.

In the men’s team sprint, Christopher Fiola, Laurent Dubreuil, and Antoine Gélinas-Beaulieu took bronze in an event not on the Olympic program.

In a tightly contested race, Laurent Dubreuil claimed his sixth World Cup medal of the season with bronze in the 500m. He wasn’t so far off of either of the other podium spots, as Korea’s Jun-Ho Kim took home gold 0.01 seconds ahead of the U.S.’ Jordan Stolz, and 0.03 ahead of Dubreuil.

Canada’s Ivanie Blondin, Carolina Hiller and Brooklyn McDougall won silver in the women’s team sprint in an event not on the Olympic program.

On the last day of competition at the Calgary Olympic Oval, Ivanie Blondin collected her third medal of the weekend, claiming silver in the women’s mass start. Her time of 8:09.37 was just shy of Irene Schouten’s 8:08.74. Marijke Groenewoud rounded out a double Dutch podium with a bronze.

The World Cup circuit will take an extended pause, with the next event taking place from February 17-19 in Tomaszów Mazowiecki, Poland.