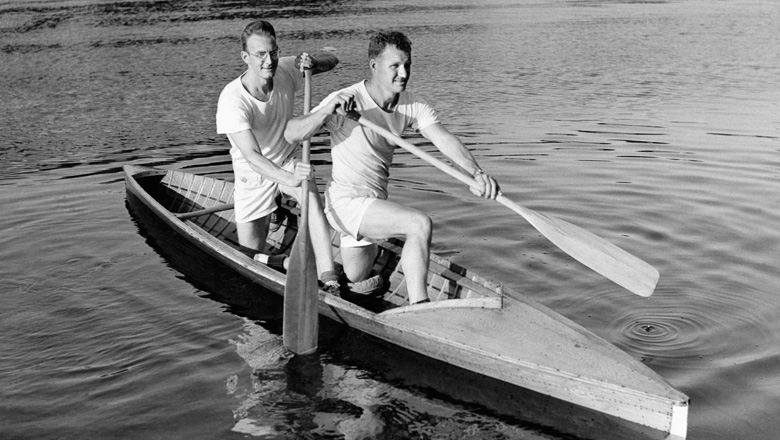 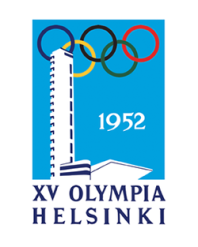 Paavo Nurmi and Hannes Kolehmainen: after having lit a cauldron in the stadium, Nurmi passed the torch to Kolehmainen, who lit a second cauldron at the top of the stadium tower, in honour of the 1940 Games that did not take place.

Games of the XV Olympiad

In 1938 Helsinki had been appointed to host the 1940 Olympic Games after Tokyo relinquished the duties because of its war with China. But by 1939 Finland was also becoming involved in what would be World War II as Soviet forces attacked. Nevertheless, the Organizing Committee continued to make plans, even while in air-raid shelters, but by the end of April 1940 it was apparent that the entire world was affected by the war and the decision was made to cancel the Games. All of that planning, however, provided a firm foundation for the 1952 Olympic Games, which ended up so well-organized that some observers suggested the Games be held permanently in Scandinavia.

Warnings that Cold War rivalries would lead to clashes proved unfounded. The Soviet Union made its Olympic debut, with concessions for those athletes and others from Eastern Bloc countries (including Hungary, Poland, Bulgaria, Romania and Czechoslovakia) to be housed in a separate Olympic Village. Israel also made its Olympic debut, just four years after becoming an independent nation.

A rule change in the equestrian events permitted women to enter and compete directly against men. One of the first female Olympic equestrian competitors was Denmark’s Lis Hartel, who won silver in individual dressage.

Frank Amyot won Canada’s only gold medal at the 1936 Olympic Games in Berlin. His victory in the C-1 1000m…