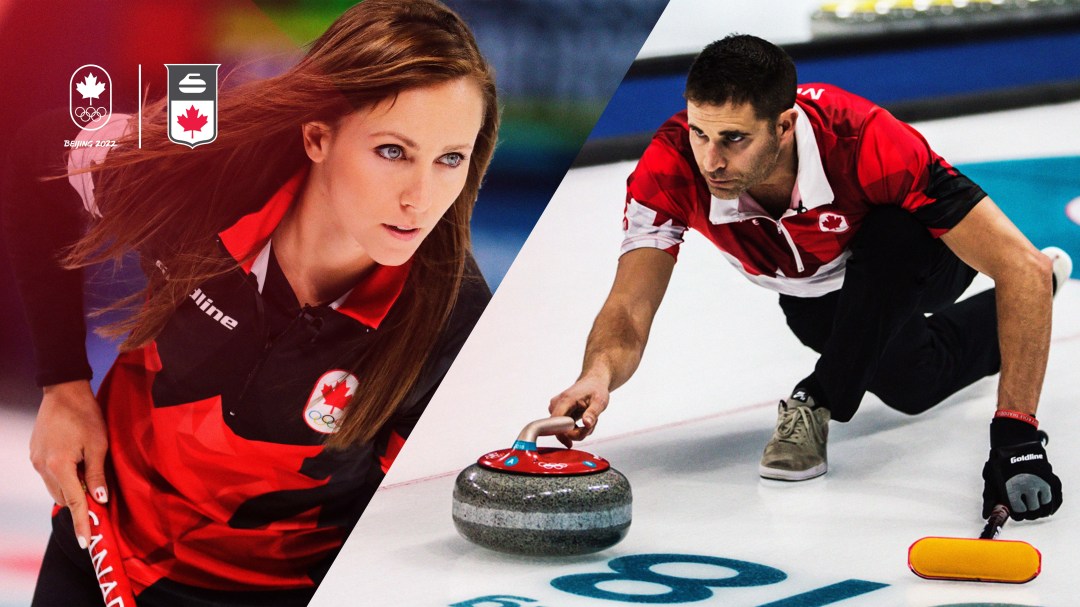 The athletes and coach nominated are:

“John and I are eager to get to Beijing and make Canada proud,” said Homan. “We know these are difficult circumstances, and we truly appreciate the faith being shown in us by Curling Canada.”

“Rachel and I have played a lot of mixed doubles together over the years with the dream of playing for Canada at the Olympics,” added Morris. “We can’t wait to get over there and give it our best. We know it’s a tough field, but we’ve worked extremely hard this season and we’ll be fighting hard for gold in Beijing.”

Homan and Morris, both originally from Ottawa, have extensive experience in the mixed doubles discipline. They were slated to team up at the 2017 Canadian Mixed Doubles Trials before Homan’s four-player women’s team prevailed at the 2017 Canadian Curling Trials. Morris would eventually join with Kaitlyn Lawes to win the mixed doubles trials and Olympic gold a few weeks later at PyeongChang 2018.

Homan and Morris won the silver medal at the 2017 Canadian Mixed Doubles Championship and earlier this season topped a world-class field to win the Mixed Doubles Classic in Canmore and Banff, Alta., defeating Jocelyn Peterman and Brett Gallant–both members of the Beijing 2022 women’s and men’s curling teams–in the final.

Morris was the vice-skip for Team Kevin Martin that won men’s gold at Vancouver 2010.

Homan, a three-time national Tournament of Hearts champion, has experience competing in Beijing as she skipped her team to a world women’s championship gold medal in 2017.

The Canadian Mixed Doubles Curling Trials were scheduled to be held from December 28 to January 2 in Portage la Prairie, Man. but were cancelled due to positive tests for COVID-19 among participating athletes.

Team Canada’s Beijing 2022 mixed doubles team was selected based on a combination of mixed doubles ranking points, experience at world championships and Olympic Games, and performance in mixed doubles competition since 2019.

Mixed doubles will be the first curling tournament on the Olympic schedule. Team Canada will play their opening match against Team Great Britain on February 3 (Day -1) at 9:05 a.m. local time. Medals will be decided on February 8 (Day 4).

“I am so pleased to congratulate and welcome Rachel and John to Team Canada,” said Catriona Le May Doan, Team Canada’s Beijing 2022 Chef de Mission. “I know the process has been stressful but now the mixed doubles curling team can now focus on Beijing 2022. With the inaugural event at PyeongChang 2018, Team Canada showed the world this is our event by winning gold. In 2022, Canada will curl for a podium spot and we will all be cheering them on. Our country has so many curling fans and participants from coast to coast to coast and this event will once again be one of the most followed events of the Games.”