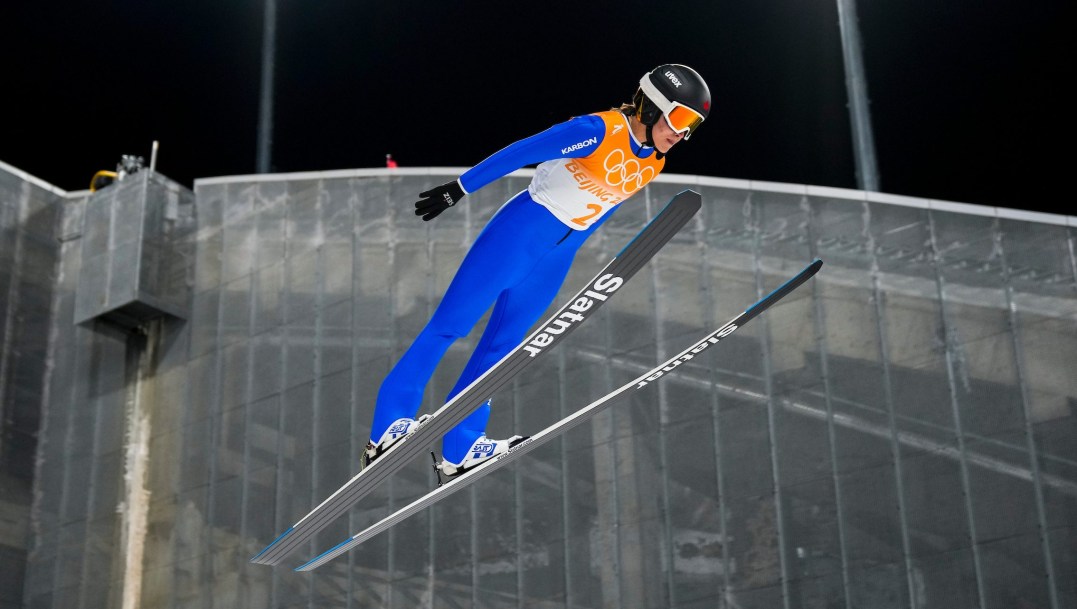 Abigail Strate was part of a history-making moment in her Olympic debut at Beijing 2022. She and teammates Mackenzie Boyd-Clowes, Alexandria Loutitt, and Matthew Soukup won bronze in the inaugural Olympic mixed team ski jumping event. It was Canada’s first ever Olympic medal in ski jumping.

Strate made her World Cup debut during the 2016-17 season. As a rookie, she competed at the Olympic test event for PyeongChang 2018 and finished 26th. That would remain her career-best individual result on the World Cup circuit until a 13th-place finish in November 2021 in Nizhny Tagil, Russia. That was one of four top-30 finishes she recorded during the 2021-22 season.

It was in August 2021 that she recorded her career-best result on the Grand Prix circuit, finishing 13th in Frenstad, Czech Republic. Her previous best had been a 15th-place finish in her very first Grand Prix event in August 2017 in Courcheval, France.

Strate competed at her first senior FIS World Championships in 2021. She was the top Canadian in both the women’s individual normal hill and large hill events. She was also part of Canada’s 10th-place finish in the mixed team event.

Strate competed on the Continental Cup circuit in 2016, recording a career-best ninth-place finish in Lillehammer in September. She went on to compete at three FIS Junior World Championships in 2017, 2018 and 2020. Her best individual result was a 15th-place finish in the normal hill in 2018 when she was the top non-European.

A Little More About Abi

Getting into the Sport: Started ski jumping at age 6 and entered her first international competition at age 10 in Park City, Utah… Outside Interests: Off-season hobbies include mountain biking, beekeeping, gardening, chicken keeping… Odds and Ends: Favourite motto: “Show class, have pride, and display character. If you do, winning takes care of itself” -Paul Bryant…