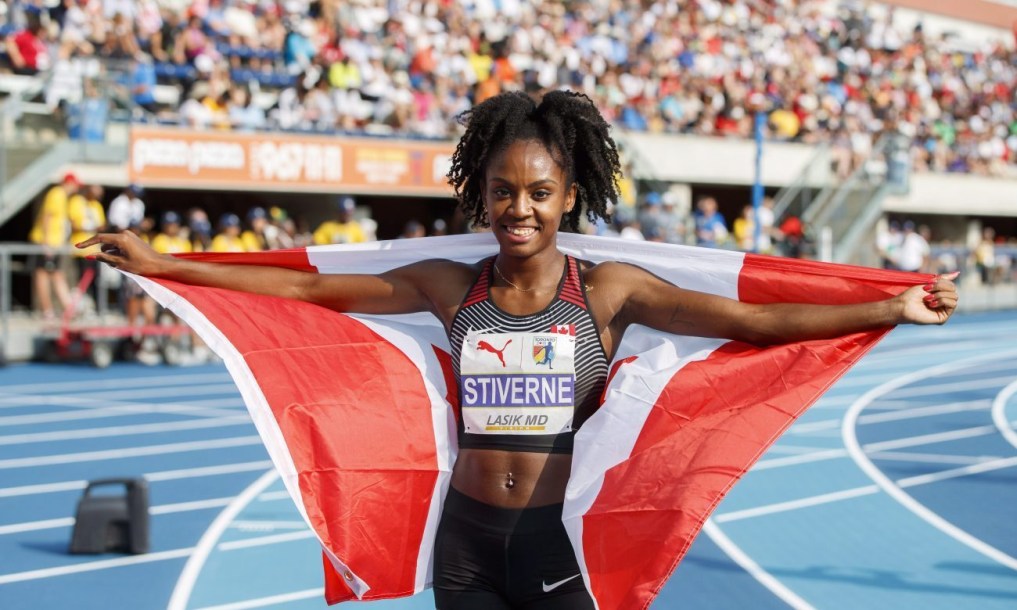 Aiyanna Stiverne was a two-time Florida High School Athletic Association 4A Champion who went on to compete at the University of Texas – El Paso, later transferring to the University of Miami. She was an alternate member of the American team sent to the 2014 World U20 Championships and, while she did not compete, she has used this appearance on the international stage as motivation to improve. In 2015, Stiverne represented Canada for the first time as a member of the 4x400m relay team which finished eighth at the 2015 IAAF World Championships in Beijing. In 2017, she competed individually at the IAAF World Championships in the 400m. In 2018, Stiverne won the 400m at the Canadian championships in a personal best time less than an hour after she took silver in the 200m. She also stood on the 400m podium at the NACAC Championships. In 2019, Stiverne won silver with the 4x400m mixed relay team at the IAAF World Relays.

A LITTLE MORE ABOUT AIYANNA

Getting into the Sport: Began competing in track and field at age 16… Outside Interests: Graduated from the University of Miami in 2018… Enjoys reading new books when she travels… Odds and Ends: Collects keychains for herself and magnets for her mom from places where she competes… Favourite motto: Fortune favours the brave … Cousin Bermane Stiverne is a professional boxer and former WBC Heavyweight Champion…