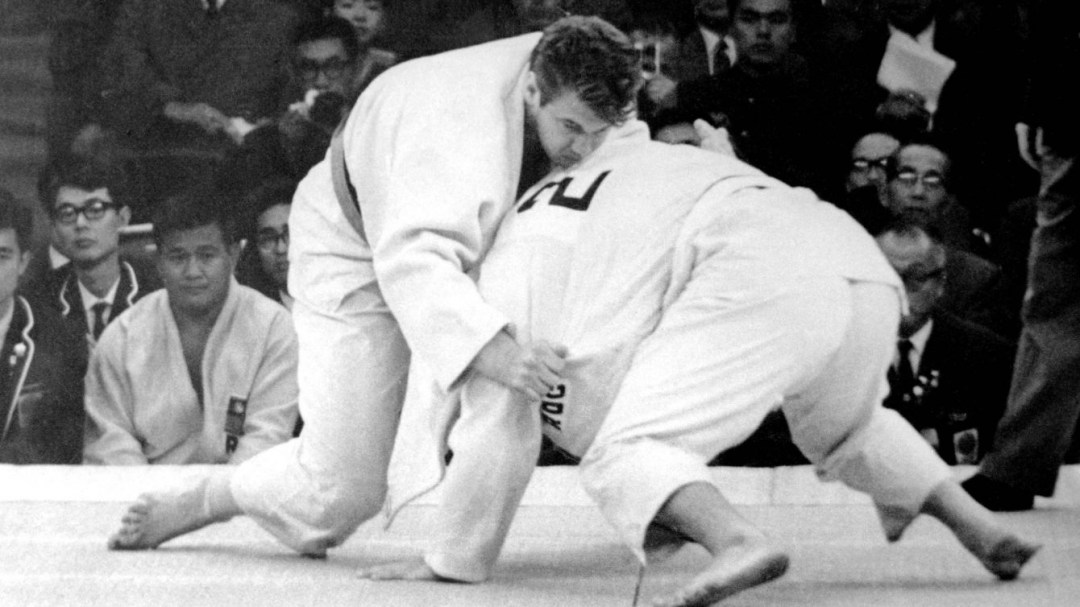 In the judo heavyweight final at Tokyo 1964, Canada’s Doug Rogers met up with his sparring partner, Japan’s supreme judo technician Isao Inokuma. They were too passive in the gold medal bout and the referee threatened to disqualify. It was a narrow decision with Rogers winning the silver medal, becoming Canada’s first judoka to win an Olympic medal at the first Olympic Games where judo was on the program. Judo was not contested at Mexico City 1968 and Rogers did not train seriously for several years. At Munich 1972, Rogers was Canada’s flagbearer in the Opening Ceremony and then tied for fifth in the open weight class.

A former youth hockey player, Rogers was on the team that won the Ontario Minor Hockey Championships, and was named the tournament’s highest-scoring defenseman. At 15, he joined the judo club at the Montréal YMCA soon moving on to the Montréal Seidokan dojo. Instead of attending McGill University, Rogers went to Japan in 1960 at the age of 19 to study at Kodokan Institute. Eventually he trained full-time with Masahiko Kimura, widely considered one of the greatest judoka of all time. After graduating he spent three years teaching English and training in Japan. Returning to Canada in 1965, Rogers pursued a long career as an airline pilot, a life-long passion having attained a private operator’s license at age 16. From 1975-77 he briefly coached at the University of British Columbia, married, and had four children.