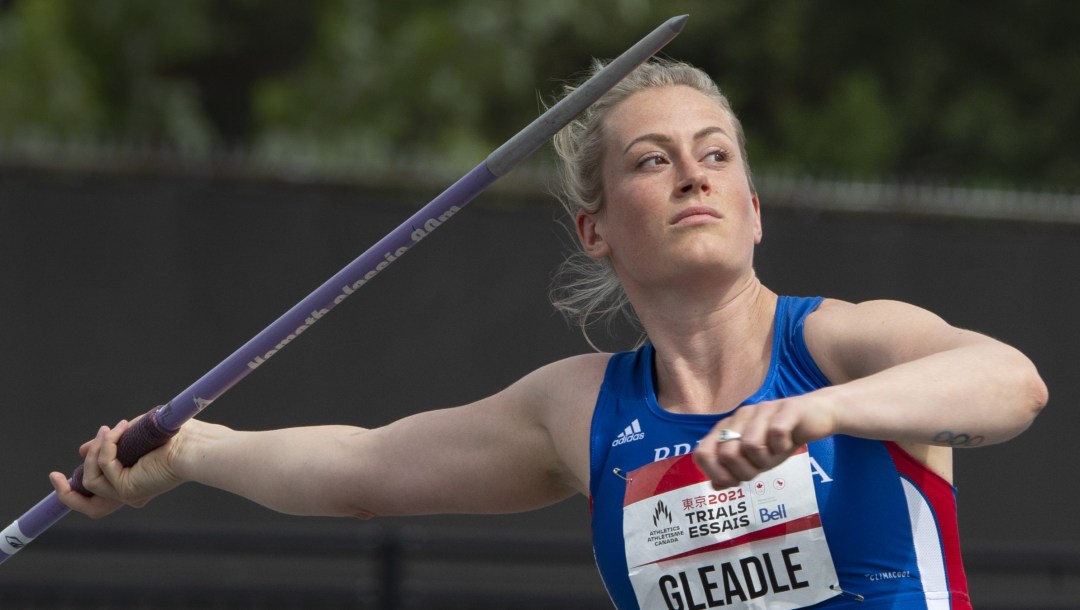 Liz Gleadle surprised many in her Olympic debut at London 2012 when she became the first Canadian woman to qualify for an Olympic javelin final since 1968. She was also Canada’s first female Olympian in javelin since 1988.

But she had her true breakout season in 2014, after having missed all of 2013 with a back injury. She broke her Canadian record twice, finished fifth at the Commonwealth Games in Glasgow, won bronze at the Continental Cup, and won gold at the Birmingham Grand Prix Diamond League event.

She improved her Canadian record to 64.83m in May 2015 before going on to win gold at the Pan Am Games in Toronto. Later that summer, she made the final in her World Athletics Championships debut and won silver at the Diamond League final in Zurich, defeating the new world champion.

Gleadle competed at her second Olympic Games at Rio 2016. In 2017, Gleadle reached the finals at the World Athletics Championships, despite suffering from tendonitis in her throwing arm that would eventually end her season early.

Gleadle began her 2018 season finishing just off the podium at the Commonwealth Games in Gold Coast, Australia. Her best throw of the season (61.53m) came at the Diamond League meet in Shanghai where she finished fifth. After winning her ninth national title in 2019, she won silver at the Pan Am Games in Lima. She was then named Canada’s team captain for the 2019 World Athletics Championships. Gleadle won her 10th national title in 2021 before competing at her third Olympic Games at Tokyo 2020.

A Little More About Liz

Getting into the Sport: Threw her first javelin in her grade 8 gym class… Was invited to try out for the track team when she was the only one who didn’t flip it or hit herself in the back of the head… Found she was able to pick up javelin quickly because had played fastpitch for years… Decided to focus on track and field in 2004 and competed at the 2005 IAAF World Youth Championships just one year later… Made the difficult but necessary move to Lethbridge for training in 2011, fueling her Olympic desires… Outside Interests: Graduated from the University of British Columbia in 2013 with a Bachelor of Science in Kinesiology… Enjoys reading, singing or dancing around the house, and is learning German… During the off-season tries to say ‘yes’ to more experiences that she wouldn’t do while competing… KidSport ambassador… Would like to pursue a career in physiotherapy… Odds and Ends: Favourite motto: “A goal is just a dream with a plan”…