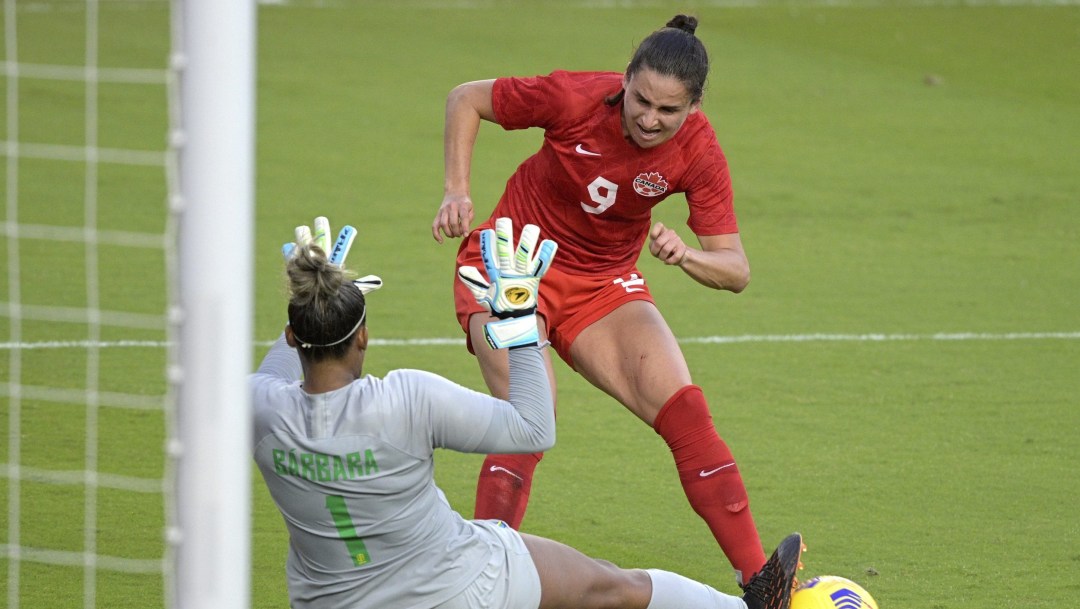 Evelyne Viens made her first appearance with the Canadian National Team at the 2021 SheBelieves Cup. She came on as a substitute in three matches, helping Canada finish third in the tournament. She made her first start a few weeks later and scored her first international goals in friendlies against Wales and England. She was named the Canada Soccer Player of the Month for April 2021.

Viens made her Olympic debut at Tokyo 2020 where she played a total of 61 minutes after coming on as a substitute in two matches as Canada won the gold medal.

Viens played collegiately at the University of South Florida where she became the highest scorer in school history and was a four-time First Team All-AAC selection. In her freshman year she led the team in scoring and set the school record for goals in a season with 16. She became USF’s first ever All-American selection in her sophomore year, making the third team, and was also named the AAC tournament’s Most Outstanding Offensive Player, sending the Bulls to their first national championship.

Viens was drafted fifth overall by Sky Blue FC in 2020 and scored her first professional goal during the NWSL Challenge Cup semifinals. She was loaned to Paris FC where she scored 11 goals in 14 matches before returning to the rebranded NJ/NY Gotham FC (formerly Sky Blue) for the 2021 season.

A Little More About Evelyne

Getting into the Sport: Started playing soccer when she was five… Outside Interests: Enjoys being outdoors, hiking, snowboarding, reading…