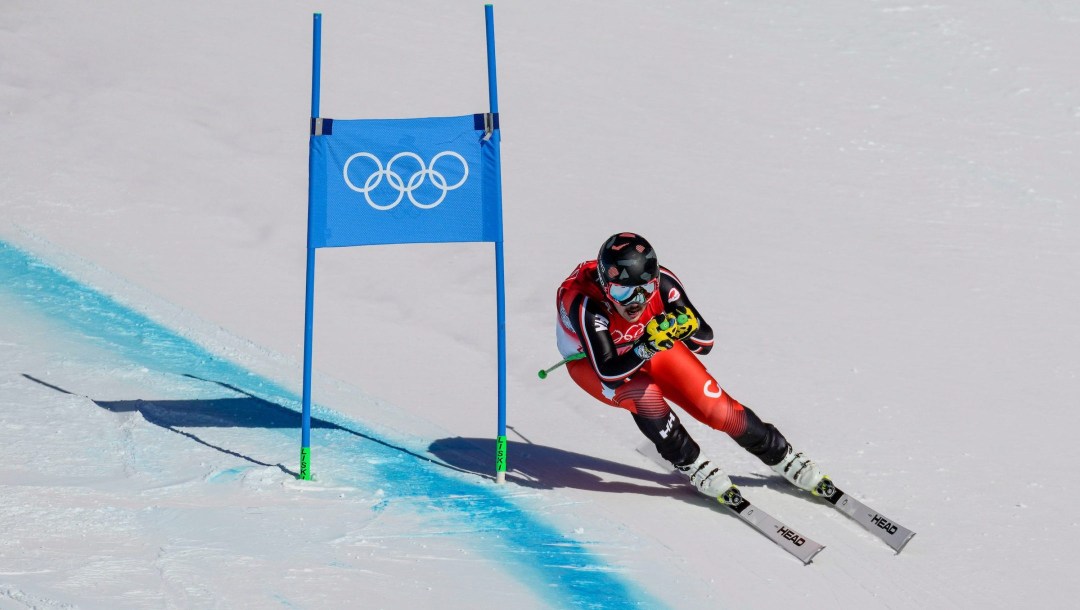 Jack Crawford made history at Beijing 2022 where he won bronze in the men’s alpine combined. That made him the first Canadian to win an Olympic medal in any alpine skiing combined event. The breakthrough followed a fourth-place finish in the downhill, in which he missed the podium by just 0.07 of a second, and a sixth-place finish in the super-G during his second Olympic appearance.

Crawford rode that momentum into the first post-Games World Cup speed events in Kvitfjell, where he won silver in the super-G for his first career World Cup podium as part of his most consistent season as an elite racer.

Crawford made his World Cup debut as an 18-year-old on the most famous downhill course in the world in Kitzbuehel, Austria in January 2016. A month later, he had an impressive performance at the FIS Junior World Championships, winning silver in the super-G and finishing fifth in the slalom, giant slalom, and alpine combined.

Two years later, Crawford made his Olympic debut at PyeongChang 2018 where he was the top-ranked Canadian in the men’s alpine combined with his 20th-place finish. He also competed in the super-G and giant slalom. In the 2018-19 season that followed, Crawford broke into the top-30 on the World Cup circuit for the first time in the super-G at Lake Louise in November. He went on to compete at his first senior FIS World Championships.

Crawford earned his first career top-10 finish on the World Cup circuit when he placed sixth in the super-G in Kitzbuehel in January 2021. Just a couple of weeks later, he narrowly missed the podium at the FIS World Championships when he finished fourth in the alpine combined, just 0.21 of a second out of the bronze medal position.

Crawford kept his momentum going in the 2021-22 season, recording top-10 finishes on some of the World Cup’s most famous mountains. He placed eighth in the Val Gardena super-G in December, followed by a fifth-place finish in the super-G in Wengen in January. A week later, he was sixth in the downhill in Kitzbuehel. At the World Cup Finals in Courchevel, he was seventh in the downhill and fifth in the super-G.

Before becoming a full-time World Cup racer, Crawford finished in the top-three of the overall Nor-Am Cup standings for three straight seasons (2015-16, 2016-17, 2017-18). At the 2017 FIS Junior World Championships, he came close to two more podiums, finishing fourth in the downhill and giant slalom.

A Little More About Jack

Getting into the Sport: Started skiing at age 6 and competing at age 9… Older sister Candace was also a member of the 2018 Olympic alpine skiing team… Aunt Judy Crawford competed in alpine skiing at Sapporo 1972… Outside Interests: Enjoys mountain biking, climbing… Odds and Ends: Collects his start bibs from competitions…