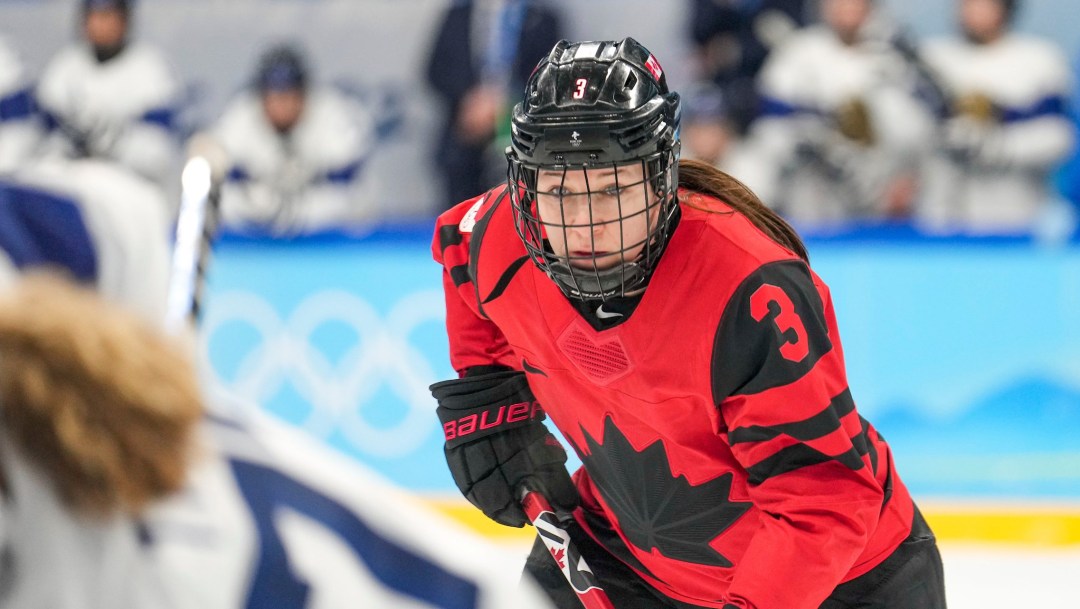 Jocelyne Larocque has been a member of Canada’s National Women’s Team since 2008. She made her IIHF Women’s World Championship debut in 2011 and has since won two gold, five silver and one bronze. At the 2021 World Championship, Larocque had her highest scoring tournament yet with four points. She assisted on both the game-tying and overtime goals in the gold medal game against the United States.

In her Olympic debut at Sochi 2014, Larocque was Canada’s top scorer on defence with one goal and one assist, helping the team capture its fourth straight gold medal. She was named assistant captain and registered one assist at PyeongChang 2018 as Canada came away with the silver medal following a shootout loss to Team USA. Larocque won her second Olympic gold medal at Beijing 2022.

Larocque also has four gold and four silver medals from the Four Nations Cup dating back to her first appearance with the senior team in 2008. Larocque began competing internationally with the under-22 national team in 2007, winning three gold medals at the Nations Cup over several years with the development squad.

Larocque began her collegiate career at the University of Minnesota-Duluth in 2007-08 and helped her team win the NCAA national title as a freshman. The following season she was named an NCAA First Team All-American, a first for a Bulldog defenceman, as Minnesota-Duluth made it to the Frozen Four. Larocque was centralized with the national team in the lead up to Vancouver 2010 but after being released she returned to school and helped Minnesota-Duluth win another NCAA championship in 2009-10. She was named team captain as a senior and voted the WCHA Defensive Player of the Year, again named a First Team All-American, and was also a finalist for the Patty Kazmaier Award. She finished as the highest scoring defenseman in school history with 105 points.

After graduation she played with the Manitoba Maple Leafs of the WWHL before joining Alberta of the CWHL in 2012-13. After Sochi 2014, Larocque was traded to Brampton where she assumed the captaincy in 2015-16. Larocque missed nearly the entire 2018 CWHL season due to Olympic centralization, but she returned to the Thunder for the end of the regular season and playoffs, going on to help the team lift the Clarkson Cup. The CWHL would fold following the 2019 season, after which Larocque joined the PWHPA, playing for the Toronto-based team during the Dream Gap Tours in 2020 and 2021.

A Little More About Jocelyne

Getting into the Sport: Started playing hockey at age five because her sister played and she wanted to be just like her… Had her Olympic dream sparked while watching the Nagano 1998 women’s hockey gold medal game on TV… Outside Interests: Earned her degree in accounting from the University of Minnesota-Duluth in 2011… Co-owner and hockey program coordinator at Stoke Strength and Conditioning… Enjoys reading, playing card games,  hiking… Odds and ends: Of Métis heritage, in 2021 was named Manitoba’s Indigenous Female Athlete of the Decade… 2018 Tom Longboat Award winner, given to indigenous athletes for their outstanding contributions to sport in Canada… Nickname: Joce…