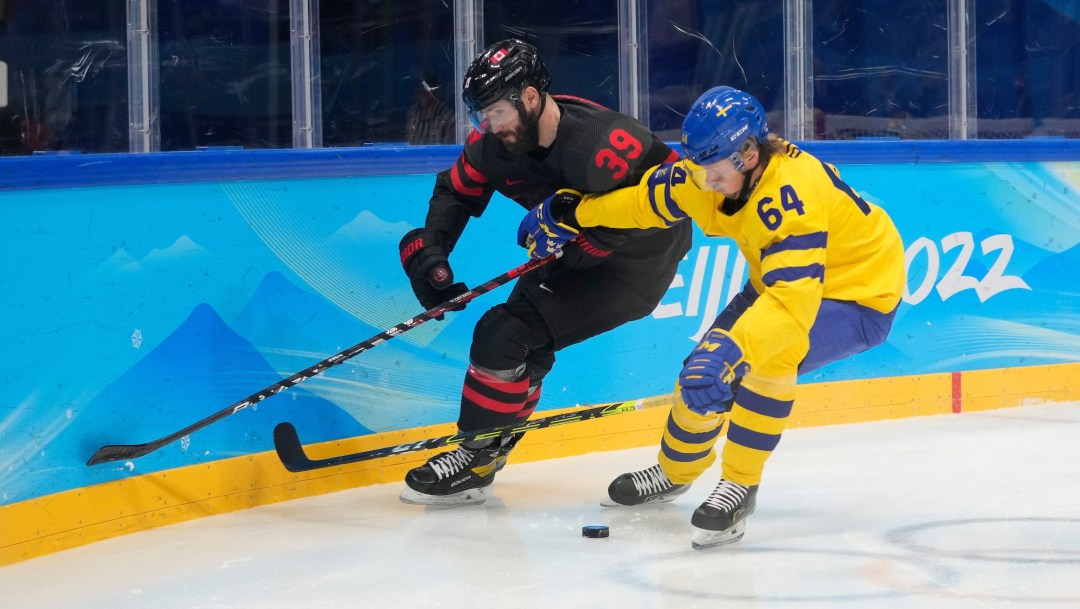 Landon Ferraro first played internationally as part of the Canada Pacific team at the 2008 World U-17 Hockey Challenge. He joined Team Canada the following year for the 2009 World U-18 Championship, scoring two goals and two assists as Canada lost in the bronze medal game. He would not suit up for Canada again until the 2021 Channel One Cup, ahead of his Olympic debut at Beijing 2022.

Ferraro played junior hockey for three seasons with the Red Deer Rebels before spending his final year in the WHL as captain of the Everett Silvertips. Ferraro was selected 32nd overall by the Detroit Red Wings in the 2009 NHL Draft. He joined the Red Wings’ AHL squad in Grand Rapids in 2011-12 and won the Calder Cup as league champions in 2013. He played mostly in the minors over the next three years until a trade to Boston in 2016. Ferraro signed with the St. Louis Blues that summer and spent the next season with their minor league affiliate in Chicago. He’d move on to the Minnesota Wild in 2018 where he saw his last NHL action. He played a total of 77 NHL games over four seasons, scoring seven goals and adding five assists.

In 2018-1919, while playing with the Iowa Wild, Ferraro was the Yanick Dupré Award recipient, given to the AHL’s Man of the Year for service in his local community. Ferraro departed for Europe in 2019-20, joining Berlin in the DEL. In 2020-21, he moved to Kolner Haie.