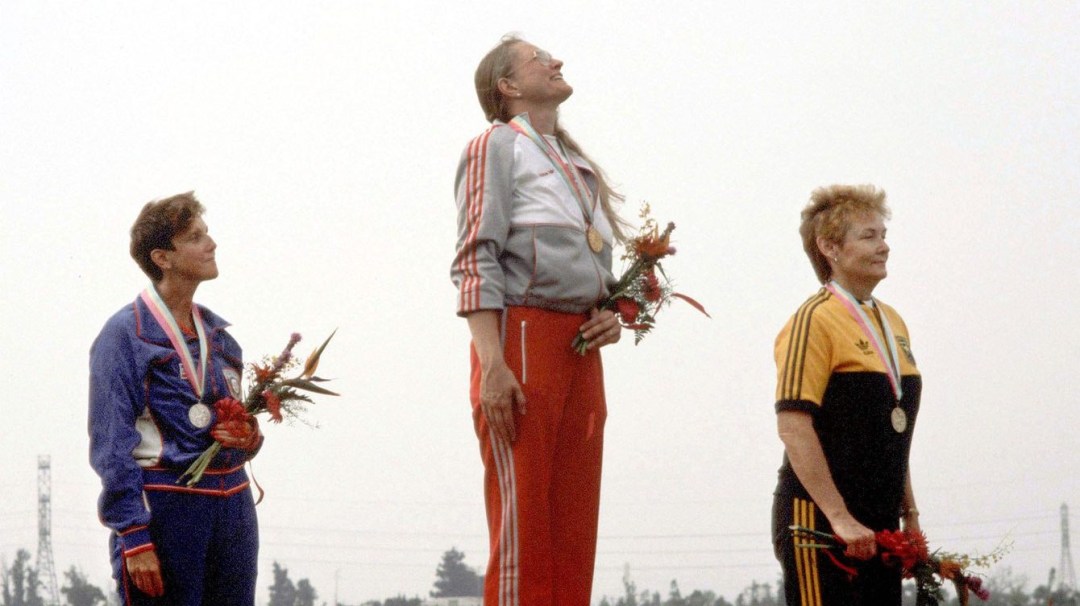 Shooter Linda Thom came out of a seven-year retirement from shooting in 1982 when women’s pistol shooting was added to the Olympic program for Los Angeles 1984. She was a 40-year-old mother of two, a caterer and cooking instructor and the most unlikely of champions. The 25m sport pistol shooting was held on the very first day of competition at Los Angeles 1984 and Thom was in fifth place half-way through the event. After six rounds she was tied for first, forcing a three-round shoot-off, which she won. In winning the gold medal, Thom became the first female Olympic shooting champion in the event, Canada’s first Olympic champion since 1968 (equestrian team), the first individual Canadian Olympic gold medalist since Melbourne 1956 (Gerald Ouellette), and first female Canadian Olympic champion since 1928 (Ethel Catherwood). Thom became an instant celebrity, a household name in Canada and carried Canada’s flag at the Closing Ceremony of the Games.

Thom won the first of her six consecutive pistol national championships in 1970 and had three top-10 finishes in air pistol at World Championships in 1985 (sixth), 1970 (sixth) and 1974 (seventh). When Thom’s husband was transferred to Paris in 1972, she enrolled in the Paris Cordon Bleu cooking school and competed in Europe. When they returned to Canada she retired from sport and started a family. After coming out of retirement Thom won the 1983 Canadian title and captured two medals at the 1983 Pan American Games (25m pistol silver, 10m air pistol bronze).

Learning to shoot at age eight from her father using her brother’s BB gun, Thom did not start competing until she was a Carleton University student, where she graduated with a Bachelor of Arts degree in 1967. After retiring from the sport for the second time after Los Angeles 1984, Thom became involved in real estate, did some coaching and made a brief run at politics.

In 1984, Thom was awarded the Velma Springstead Trophy, an award presented annually to Canada’s outstanding female athlete and named Female Amateur Athlete of the Year by the Sports Federation of Canada.