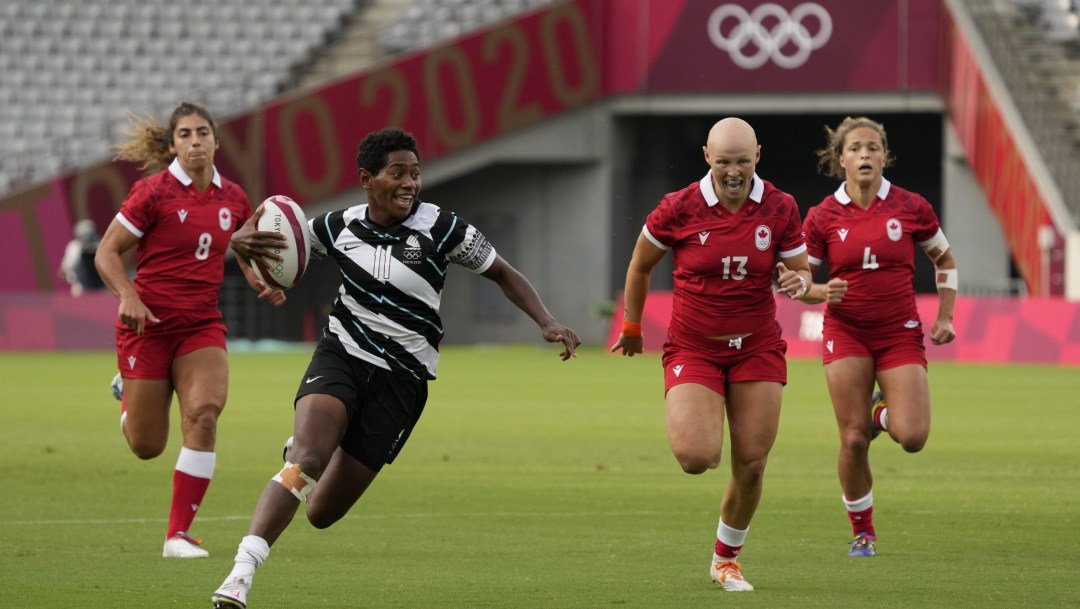 Olivia Apps made her Sevens Series debut with Canada at the Sydney stop in 2018, helping Canada finish third in the tournament. She scored her first try later that season in Kitakyushu. She was named to the World Cup Sevens roster at the end of the season, where Canada would go on to make the quarterfinals.

In 2019, Apps scored her second career Sevens Series try at the second stop of the season in Dubai. That was the first tournament in which she played in the final as Canada took home the silver medal. But in May she tore her ACL, an injury that required surgery and nine months of recovery. She missed the rest of the year and was finished rehab just as the 2020 season was shut down in March because of the COVID-19 pandemic. Apps made her Olympic debut at Tokyo 2020 where she played in three games for Canada.

Apps had made her international debut as a member of the junior Maple Leafs program at the 2015 Youth Commonwealth Games where she helped Canada to a silver medal.

Getting into the Sport: Started playing rugby at age 15, competing for her high school… Credits the passion of high school coach Kirk Wilson and the confidence he had in her to keep pushing herself in the sport… Watched rugby sevens for the first time at the 2015 Pan Am Games in Toronto and knew she wanted to be among the women that won gold… Outside Interests: Attended Queen’s University… Odds and Ends: Was diagnosed with alopecia areata at age 7… Inspired by Canadian rugby player Ashley Steacy for her style and aggression but also that she went through ACL rehab in the year leading up to Rio 2016 where she helped Canada win the bronze medal…