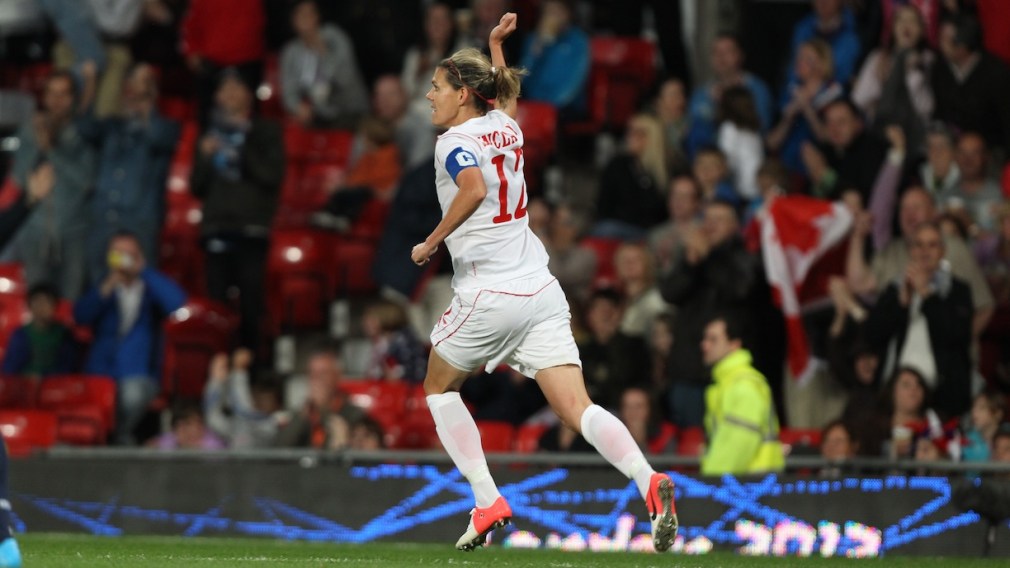 By The Canadian Olympic Committee
December 10, 2012

Sinclair stood out during Canada’s remarkable run at the 2012 London Games. The team captain and arguably one of the greatest players of all-time, lead the entire field with a record six goals on the way to helping her team win Canada’s first team medal since 1936.

The Burnaby, BC native captured the imagination of a country by recording a hat trick against the United States in a semifinal game that many soccer pundits called the greatest women’s game ever player. Although Canada would wind up controversially losing that game 4-3 in overtime, Sinclair’s ability to step up on the biggest stage and at the most important time cemented her legacy as a big game player.

After the women’s soccer team’s extraordinary performance in a 1-0 win against France, the Canadian Olympic Committee named Sinclair as the Closing Ceremony flag bearer.

Setting a personal and Canadian record with 23 goals in a season in 22 games in 2012, Sinclair now sits third all-time with 143 internationals goals and is in striking distance of Mia Hamm’s record of 158.