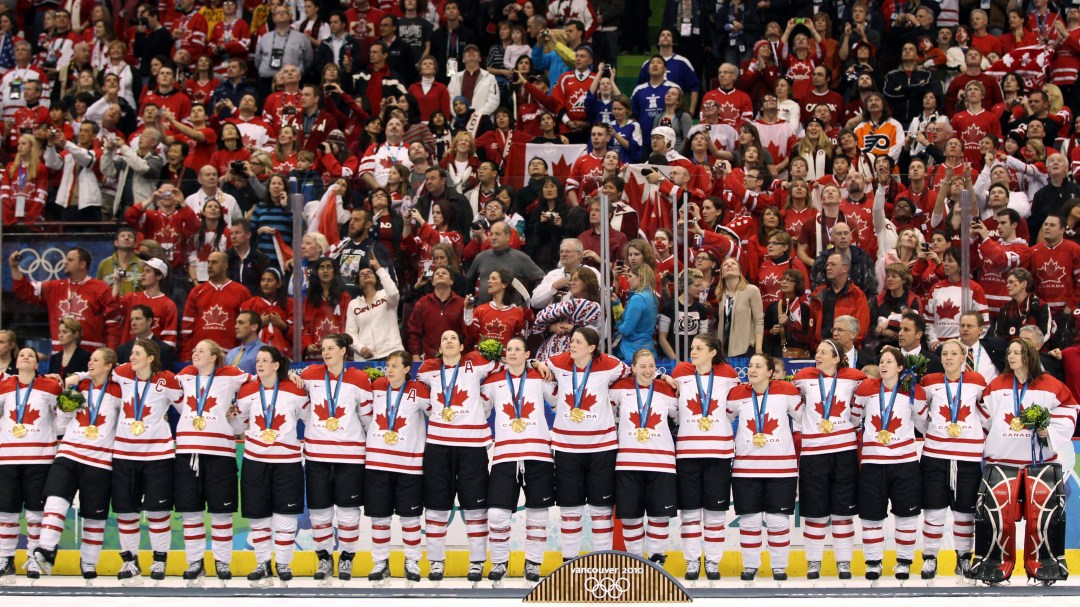 Canada’s home Games in Vancouver demanded nothing short of gold and the women met those lofty expectation by beating the United States 2-0 in the final.  A string of devastating performances saw Canada outscore its opponents 46-2 before meeting the Americans.

The U.S. avenged its Turin 2006 semifinal loss by dismantling Sweden (think broken furniture from a certain big box store) 9-1 in an attempt to send Canada a clear message that gold wasn’t guaranteed on home ice. In the final, Canadians took the game to the U.S. early, scoring both goals in the first period, courtesy of youngster Marie-Philip Poulin en route to its third consecutive hockey gold medal.

A combination of experience and youth served Canada well, with 23-year old Meghan Agosta leading the tournament in scoring with nine goals and 15 points in five games as the women’s team continued to make Canada proud.

A major jersey design change was in the cards for 2010 as the Canadian Hockey Association logo was no longer the prominent feature on the home and away sweaters. Meeting new guidelines set by International Olympic Committee, Hockey Canada unveiled the red and white jerseys in the summer of 2009 with unique Canadian features taking its First Nations and hockey heritage into account to be worn during the Vancouver Games.