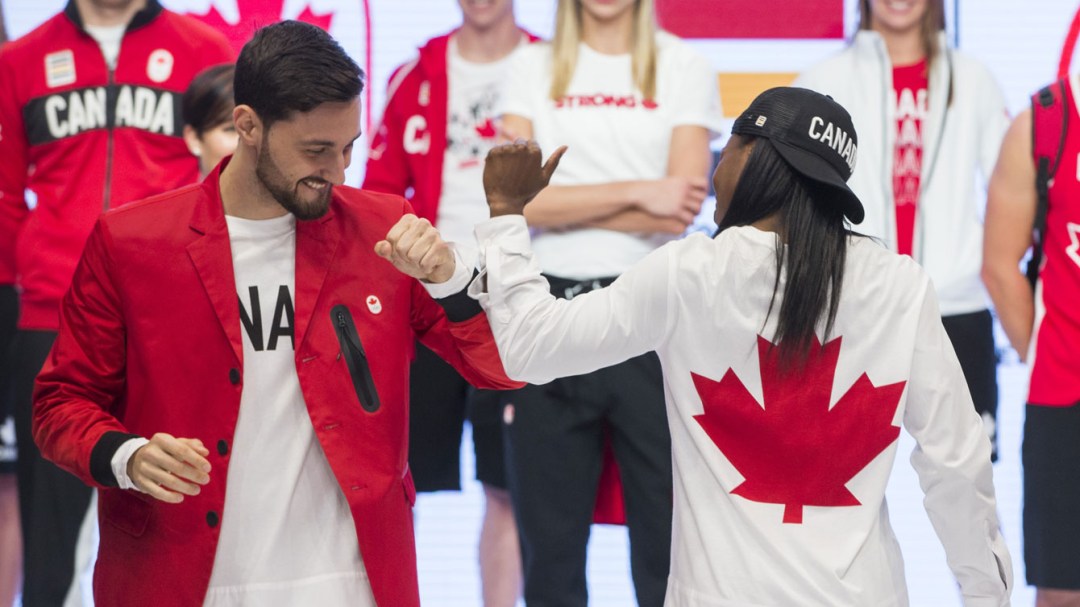 Hits and misses of Olympic fashion as Rio 2016 nears

The Rio 2016 Olympic Games haven’t started yet, but Canada already has one gold medal: for fashion.

As the athletes arrive and get fitted out, it’s become clear they’re also fans of what they’ll be wearing for the next few weeks.

Get the clothes | More on the uniform

The kit enjoyed a successful launch in early April and over the last few months Team Canada fans have been proudly wearing various pieces. 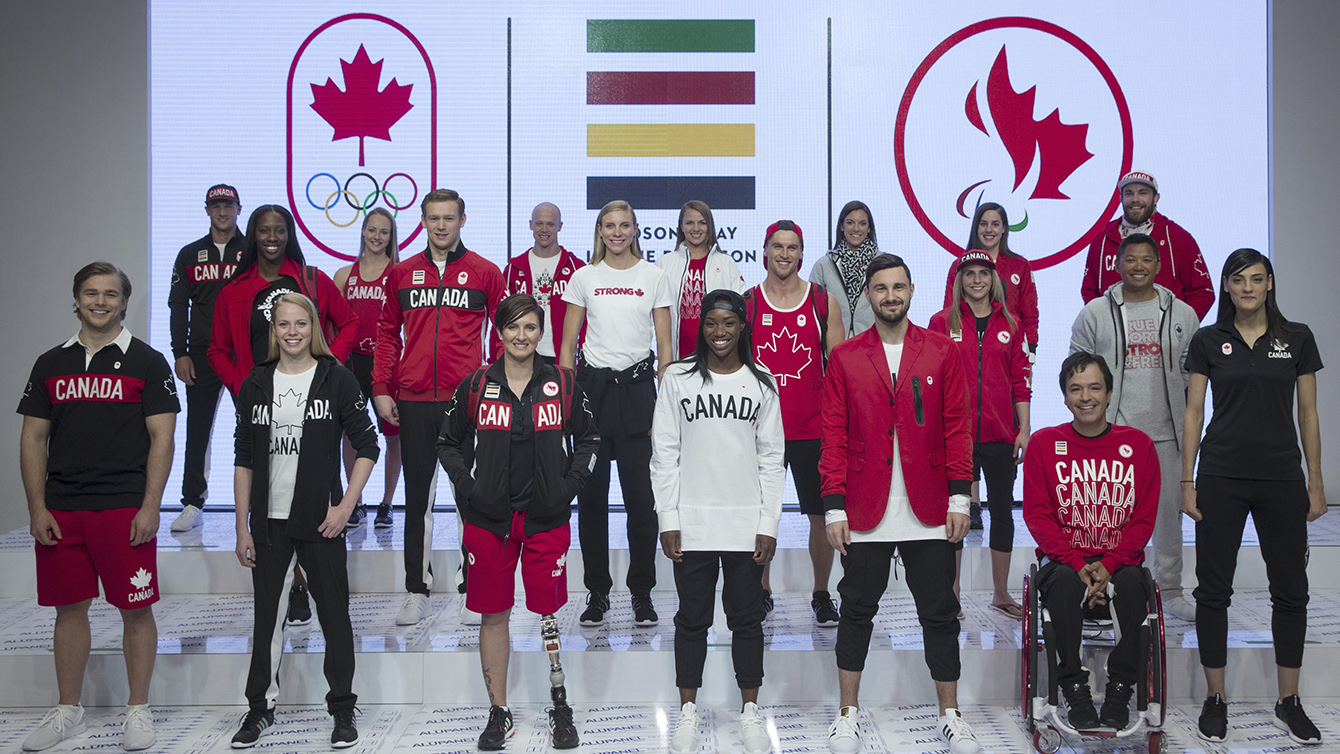 It’s the latest evolution of the Hudson’s Bay look that began at London 2012, which saw a sharp shift to minimalism and clean lines, something that was also echoed in last summer’s Pan Am kits at Toronto 2015. 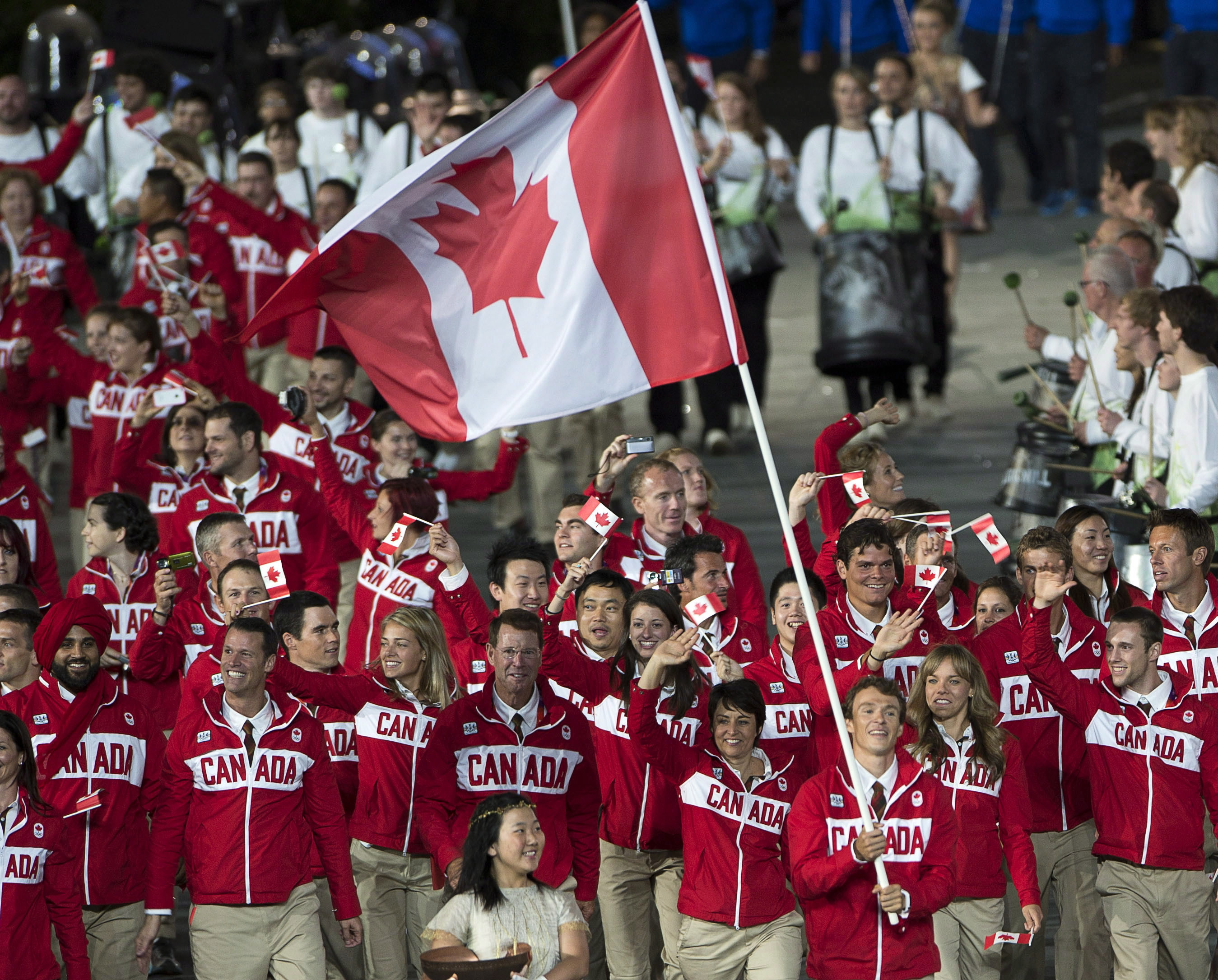 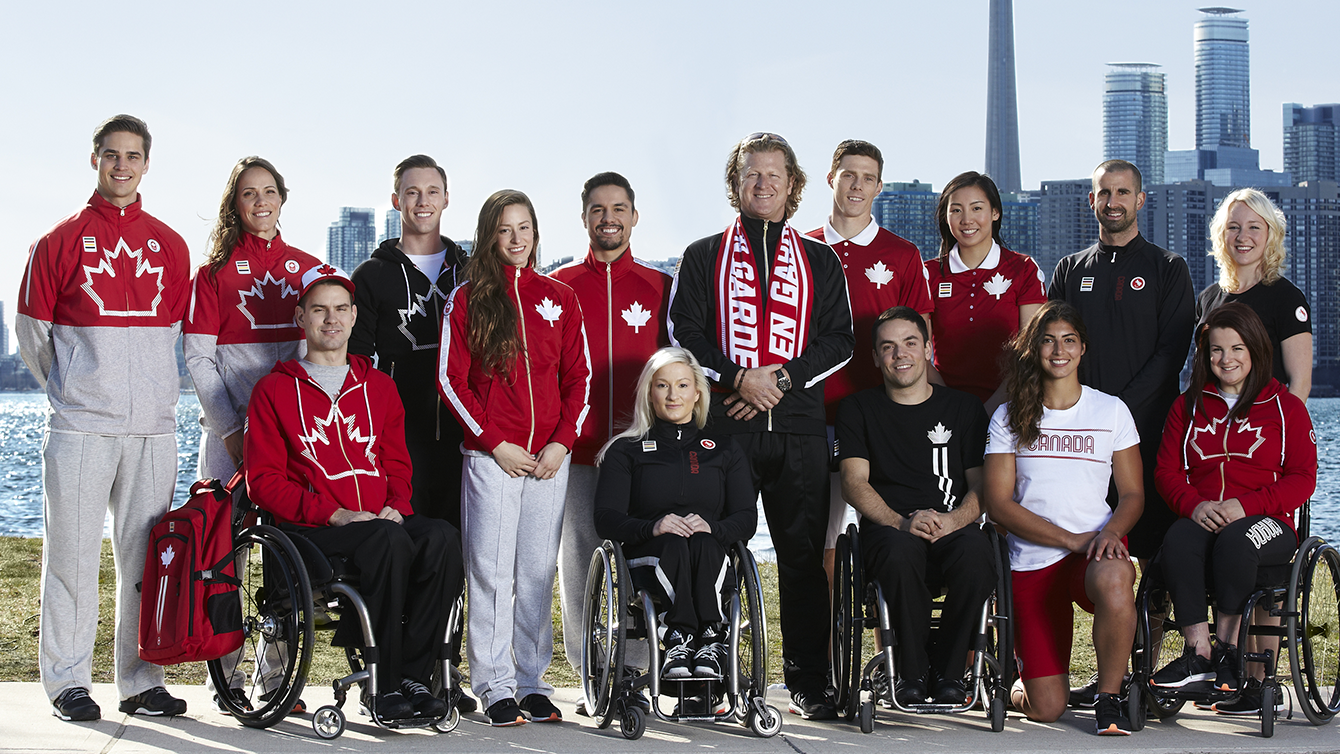 So who did Team Canada beat out for the Rio 2016 honour according to Bain?

Team Great Britain for one. For the second straight Games, Team GB teamed with Stella McCartney and adidas to create a uniform (excuse the pun) look across all the sports’ competition kits. This time they went with a coat of arms incorporating symbols of the four home nations (England, Scotland, Wales, Northern Ireland).

This follows up on their look from London 2012 when the Union Jack was front and centre at the home Games.

Just as Canada’s kit must include a large amount of red and white, Sweden has to have its signature blue and yellow. For Rio, they turned to H&M, which used various shades to keep things interesting, something that couldn’t be said for what the Swedes sported in London. 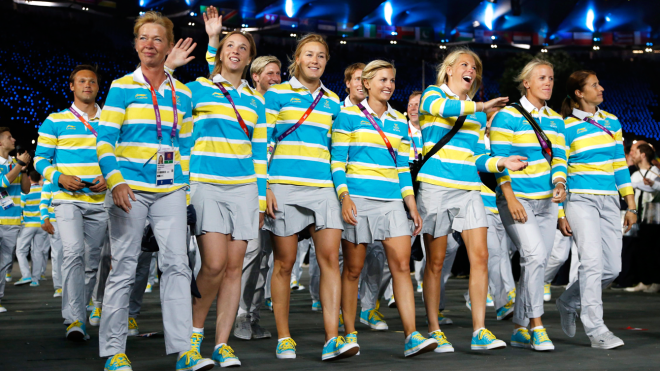 Also pushing things forward are our neighbours to the south.

There’s probably an official name for the colour Team Australia wears (other than Team Australia green), but it always makes the athletes from Down Under easily identifiable.

What’s especially cool about their Opening Ceremony blazers (other than the striping) is that they combine modernity with history. Designed to accommodate headphones, they also feature the names of every Australian Olympic gold medallist embroidered in the lining.

Always one of the most colourful teams, it will be interesting to see what the Czechs pull out for the Opening Ceremony. In 2012 they paid tribute to painter Frantisek Kupka and the 100th anniversary of his most famous painting, Amorpha, Fugue in Two Colours. But what everyone remembers are the umbrellas and rubber boots that made them look ready to battle that stereotypical London drizzle. 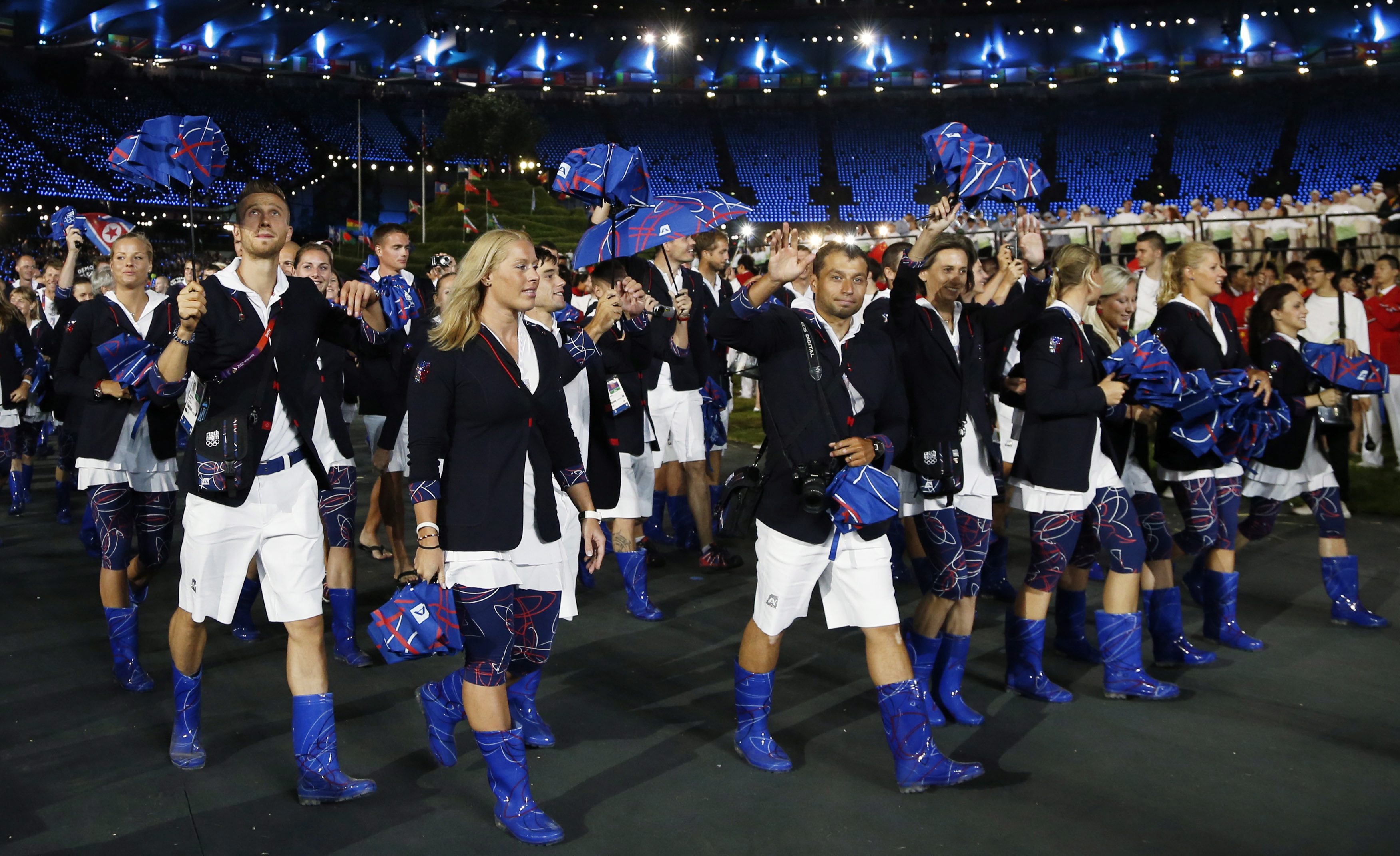 Athletes from Czech Republic parade during the Opening Ceremony at the 2012 Summer Olympics, Friday, July 27, 2012, in London. (AP Photo/Matt Dunham)

Loud uniforms will always be a part of the Olympic Games, but things have been toned down since the mid-1990s when it seemed that more was always better. Case in point, Team Canada at Barcelona 1992. 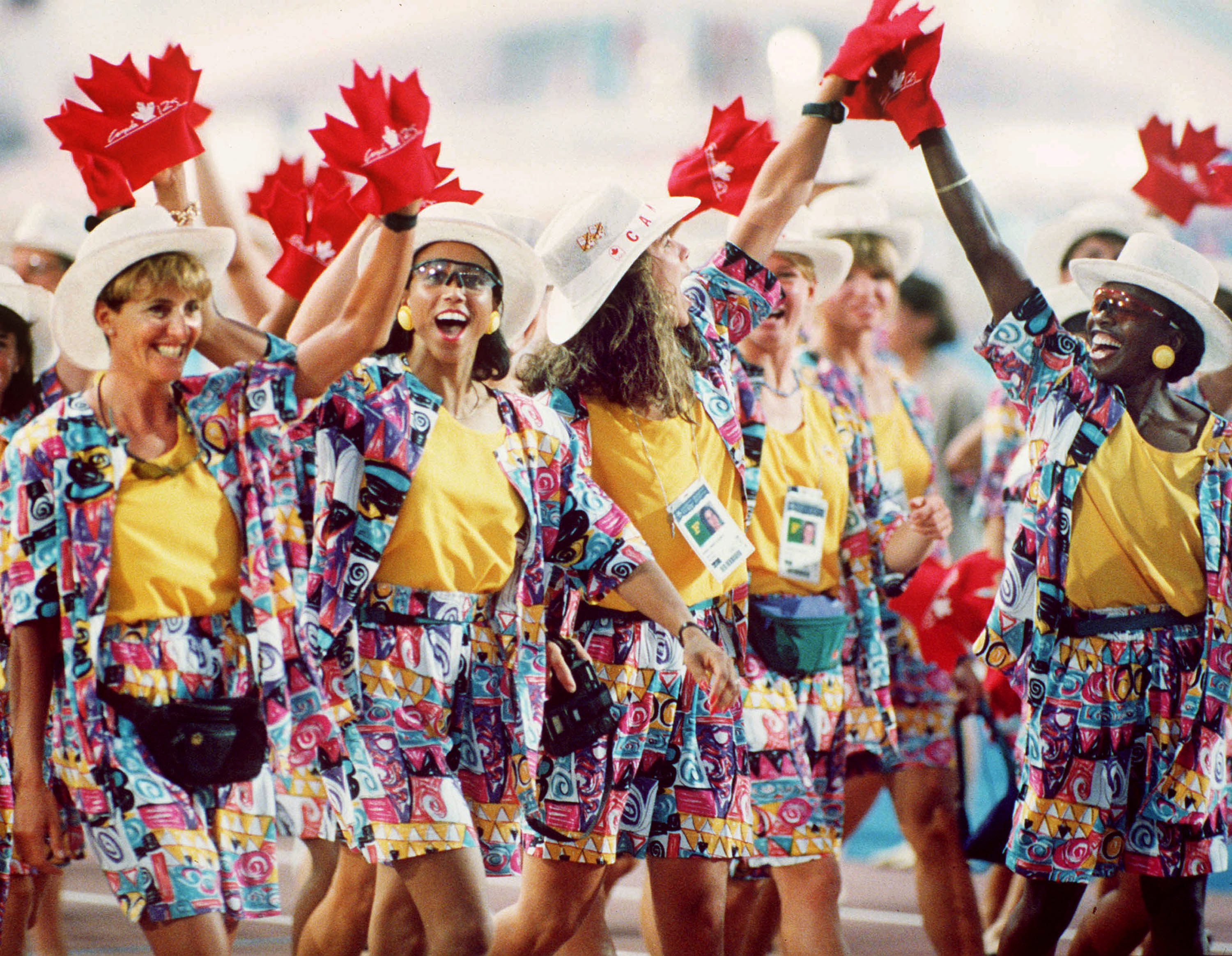 And while blazers have always been a go-to piece for Opening Ceremonies, at least the fits have gotten better since the turn of the century. Check out the seemingly over-sized jackets of Team USA at Sydney 2000. Much more refined 16 years later. 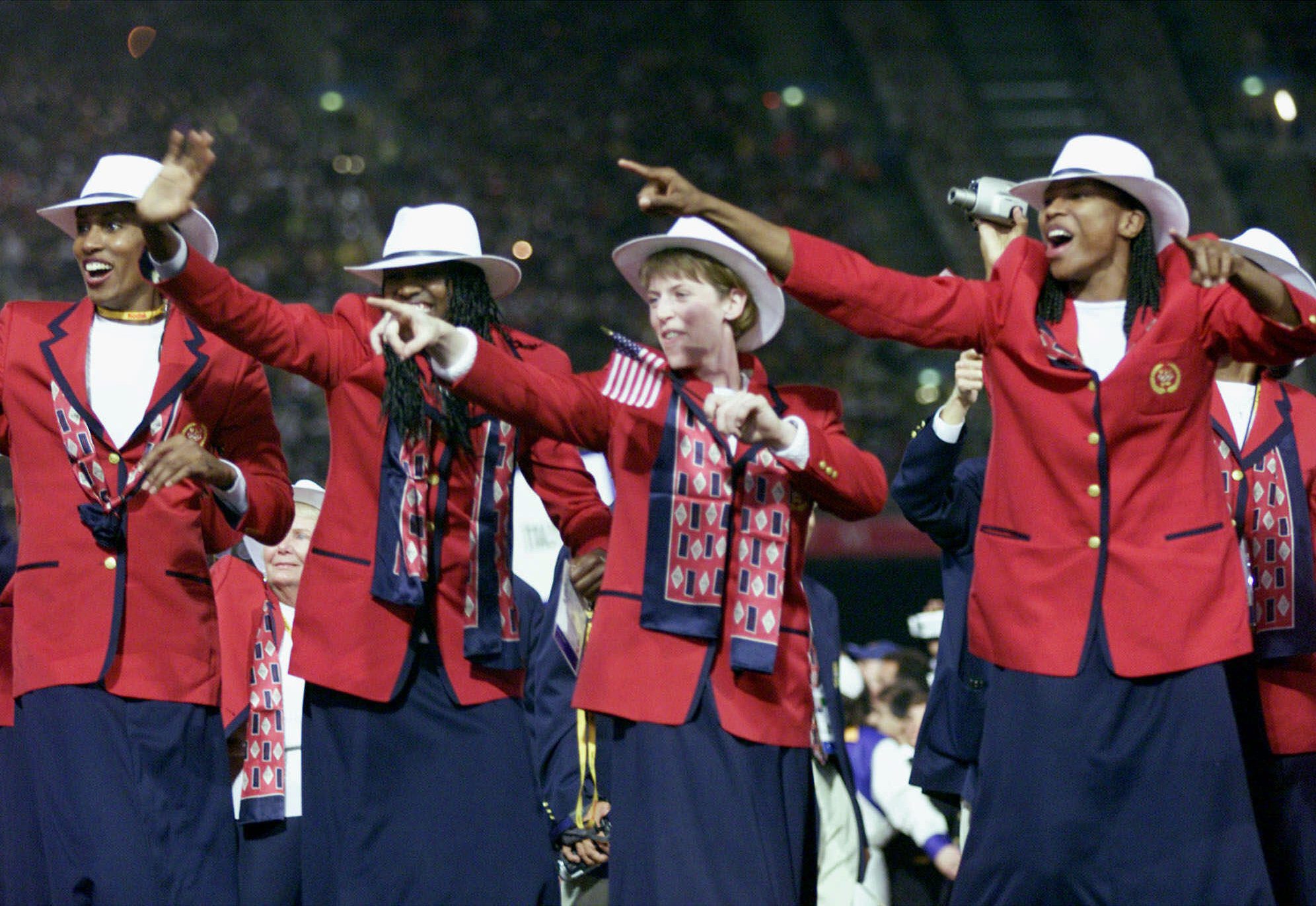 Members of the USA women’s basketball team march onto the field during the opening ceremony for the Summer Olympics Friday, Sept. 15, 2000, at Olympic Stadium in Sydney. (AP Photo/David Guttenfelder)

No matter the era, there will always be hits and misses. Mark your calendar for August 5 for the great global fashion show! 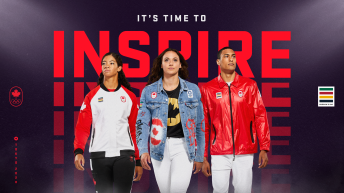 In five world championship appearances as a member of the Canadian women’s eight, Cristy Nurse has yet to miss the...