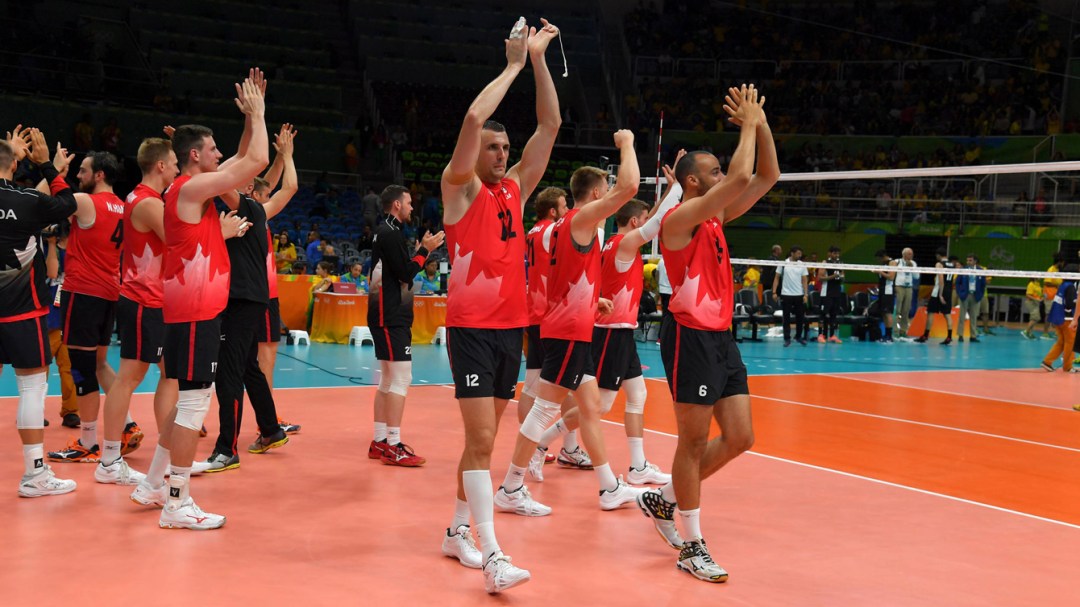 In what’s being billed as “Monday Mayhem” at Rio 2016, Canada will try to clinch a spot in the quarterfinals of the men’s volleyball tournament.

The top four teams in each group advance to the knockout stage. Italy comfortably leads Pool A with 12 points while Mexico, currently with no points after four games played, is in last. It’s everything in between where things get interesting.

France, Canada, Brazil and the United States all entered the final day of the preliminary round with six points. The US defeated Mexico 3-0 on Monday, guaranteeing the squad a quarterfinal spot. Later in the day Italy will face Canada and Brazil will battle France to wrap up group play. 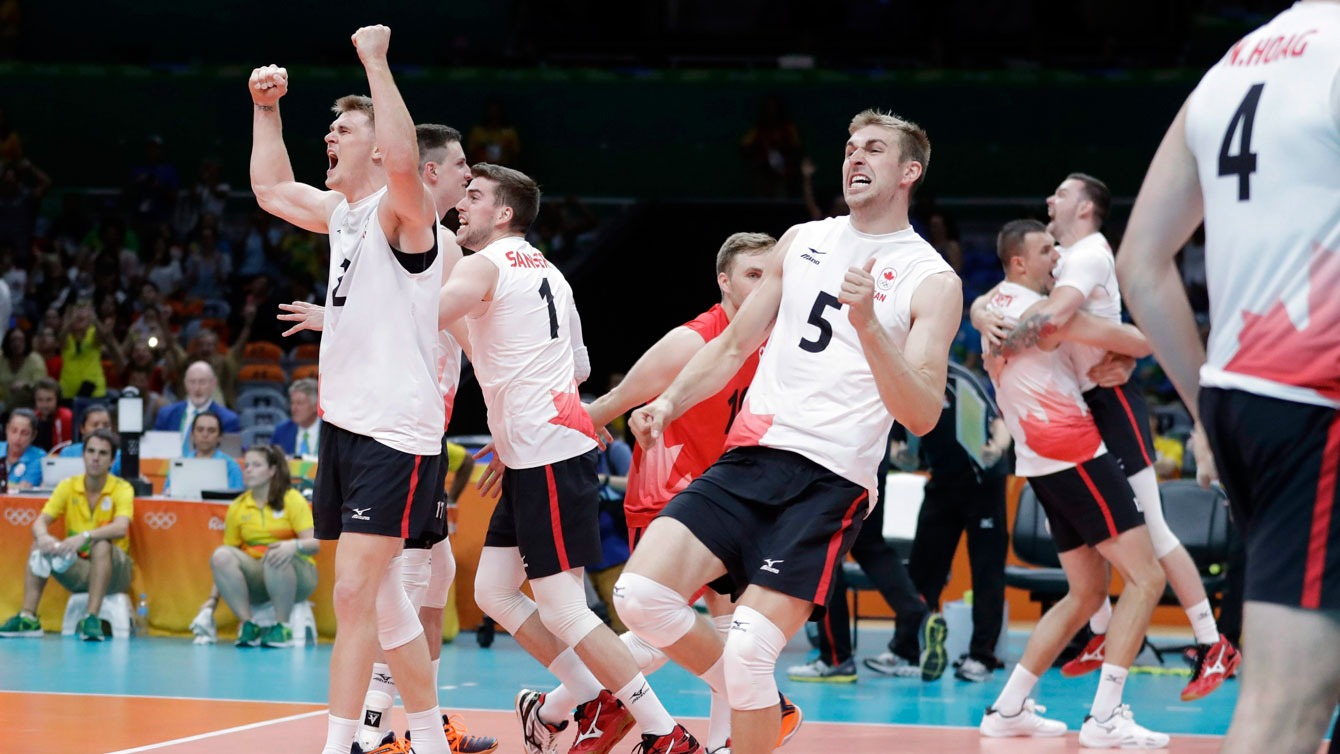 Three points are awarded for 3-0 and 3-1 wins, two points for a 3-2 win, one point for a 2-3 loss and zero points for 0-3 and 1-3 loses. Canada would advance to the quarterfinals with a three-point win. Anything less than three points could result in a tie-break, which is settled by matches won, match points and then set ratio.

Canada, ranked 12th in the FIVB men’s world rankings, has performed fairly well in an extremely tough pool. The Canadians started the tournament with a 3-0 upset win over the No. 5 ranked United States and then took top-ranked Brazil to four sets. After losing to 11th-ranked France, Canada defeated Mexico in straight sets.

Here’s a breakdown of how tough the competition is in Pool A. 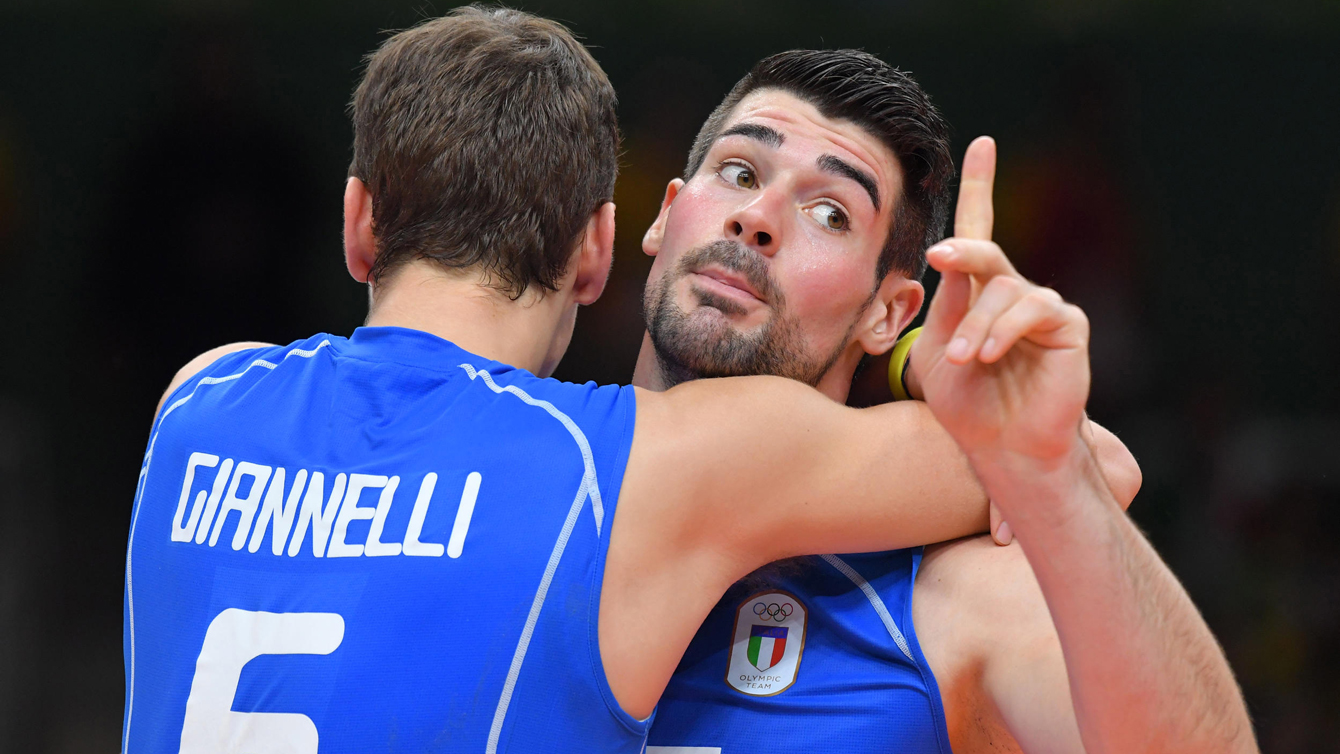 Simone Giannelli and Filippo Lanza of Italy celebrate against Brazil on August 13, 2016 at Rio 2016. (Photo: FIVB)

Ranked fourth in the world, Italy has breezed through much of the preliminary round at Rio 2016, entering Monday with a 4-0 record and 12 points. They won two matches in straight sets and two others 3-1. While the Italians have never won an Olympic gold, they claimed bronze at London 2012 and silver at Athens 2004 and Atlanta 1996. The team finished fourth in World League play this season and third in 2014 and 2013. Italy also finished second at the 2015 World Cup. 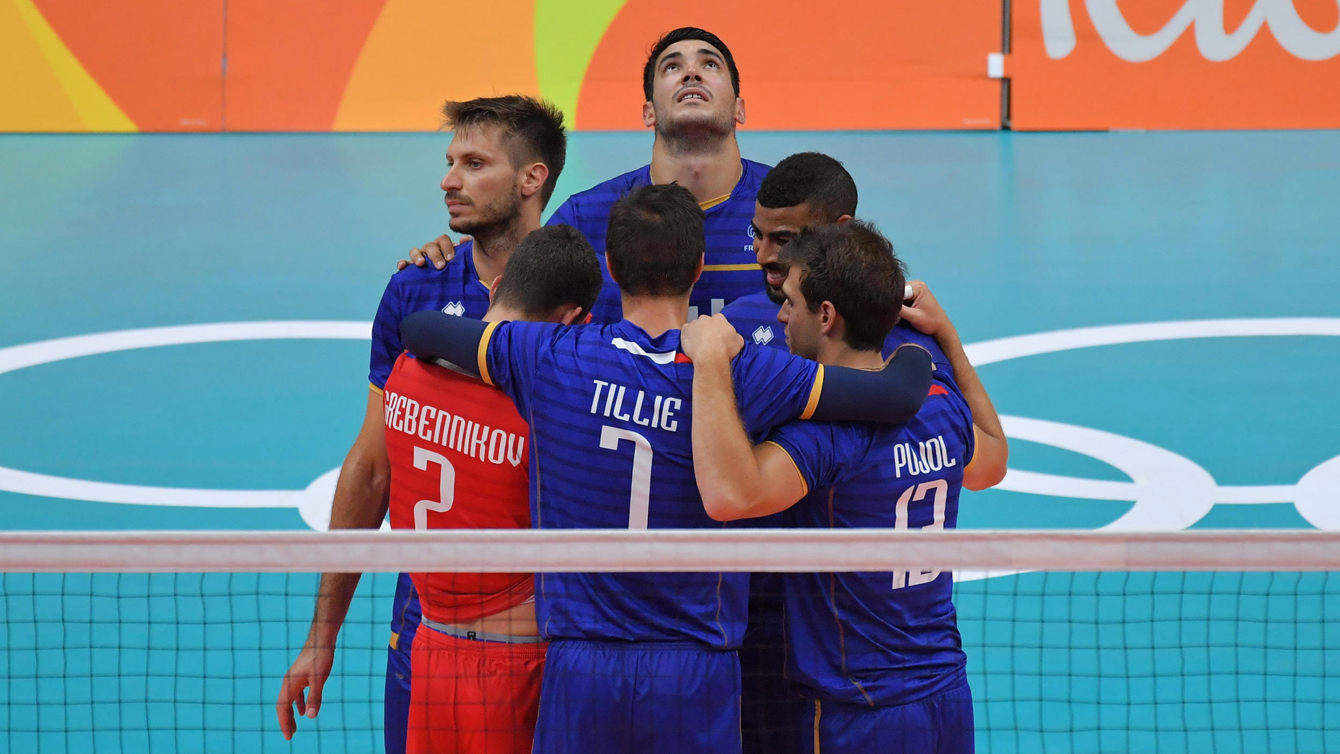 France awaits the result of a challenge against the USA on August 13, 2016. (Photo: FIVB)

While France has never medalled at the Olympic Games, they have had some impressive finishes on the world stage of late. Ranked 11th in the world – one spot ahead of Canada – the country finished third in World League play this season after winning it all in 2015. At the 2014 World Championship, France finished fourth. 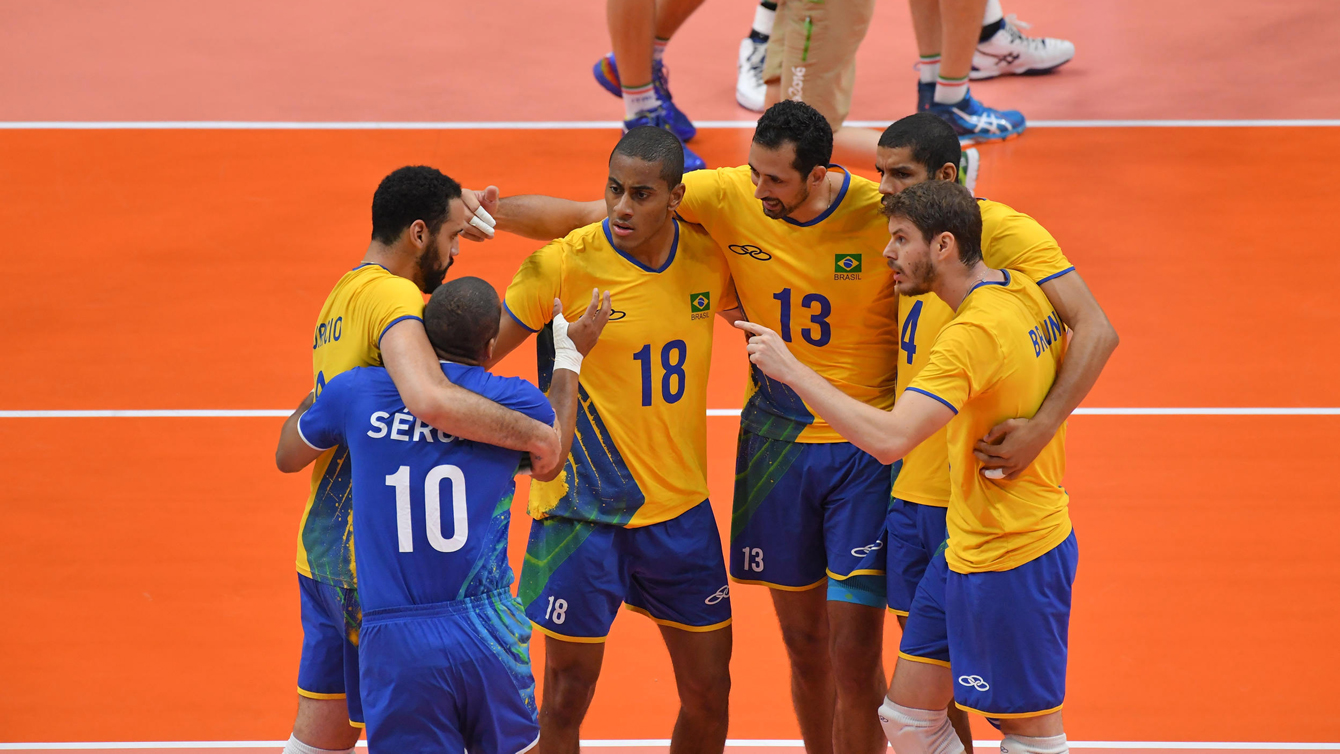 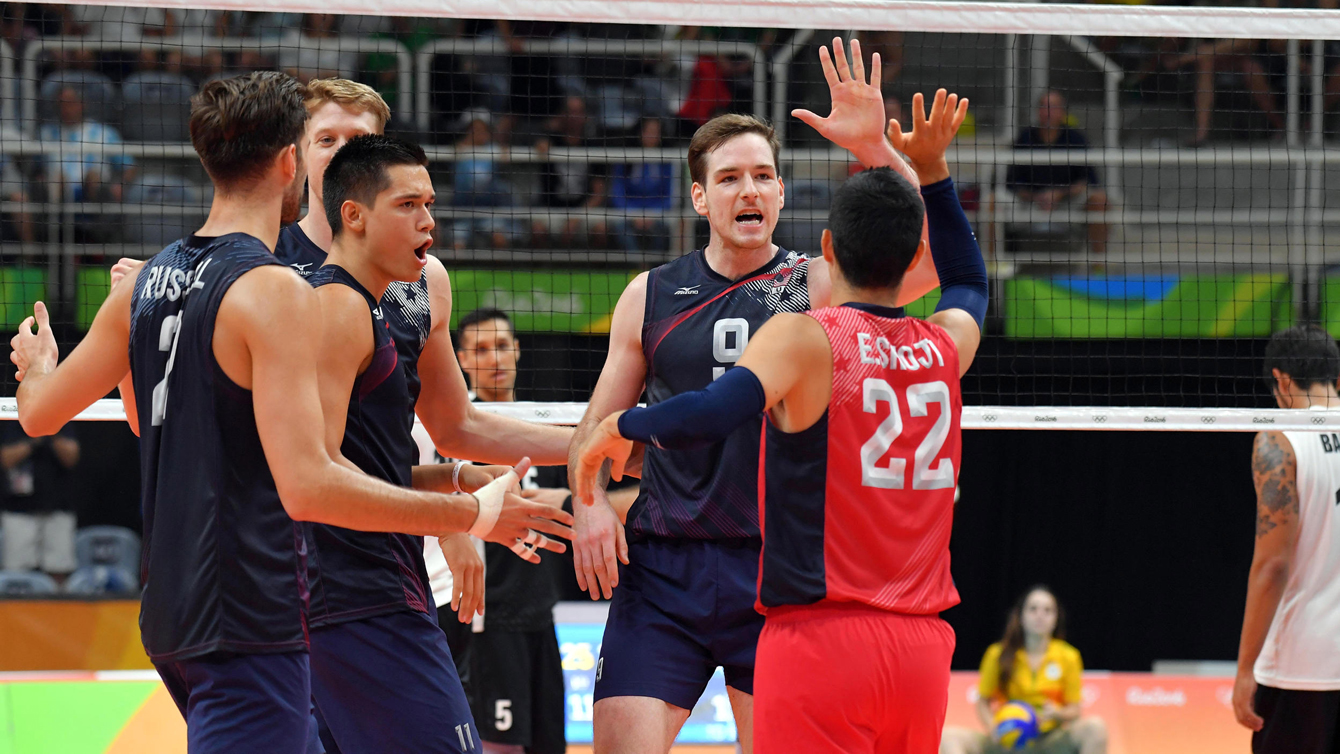 The fifth-ranked team in the world, the United States has won three gold medals at the Olympic Games (Los Angeles 1984, Seoul 1988 and Beijing 2008) – and also one bronze from Barcelona 1992. The North American team is the title holder of the most recent World Cup (2015), accompanying the gold medal they won in 1985 and bronze in 1991. The USA has six medals in the World League (two gold, one silver and three bronze) and one gold and one bronze in World Championship play. 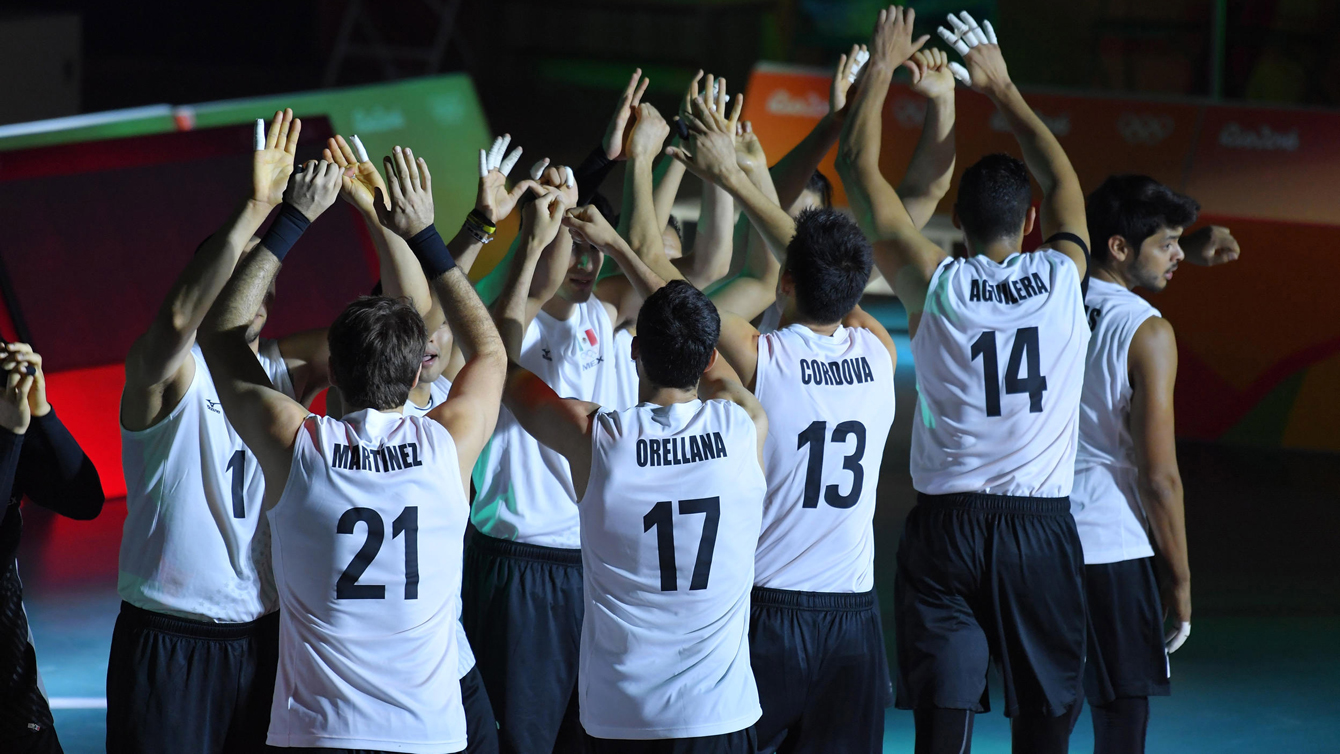 The only team in Canada’s group that is not part of the dominant forces of the volleyball world is Mexico, ranked 24th. Its best Olympic Games’ finish was 10th in 1968, when the country hosted the Olympics in Mexico City. The country has no relevant results at the World Cup, World Championship or World League.