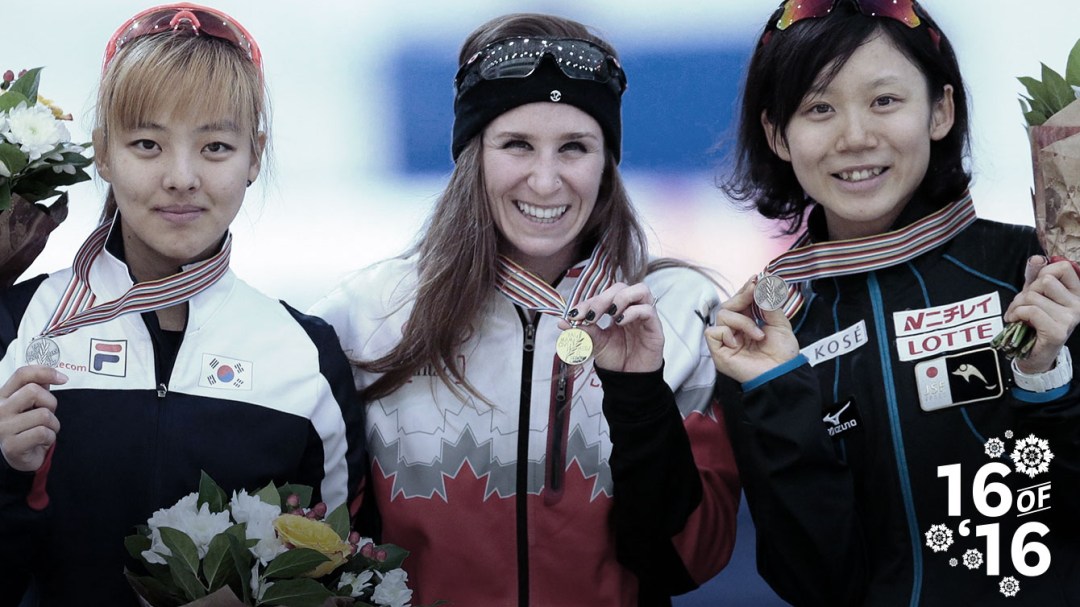 16 of ’16: Bloemen and Blondin shine in speed skating’s oldest and newest events

Long track speed skaters Ted-Jan Bloemen and Ivanie Blondin both did it in their own ways at the 2016 World Single Distances Championships.

Bloemen put Canada on a major international podium in one of the sport’s most traditional events for the first time in more than eight decades, while Blondin became just the second ever world champion in her specialty. 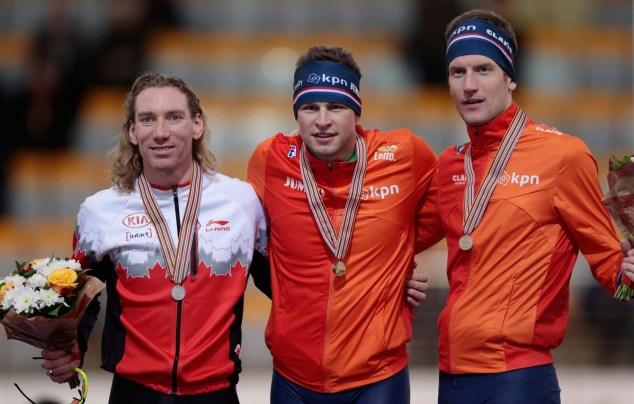 From left, Ted-Jan Bloemen, of Canada, Sven Kramer and Erik Jan Kooiman, of the Netherlands, pose with their silver, gold and bronze medals during victory ceremony for the men’s 10.000m race of the World Single Distances Speed Skating Championships in Kolomna, Russia, on Thursday, Feb. 11, 2016. (AP Photo/Ivan Sekretarev) 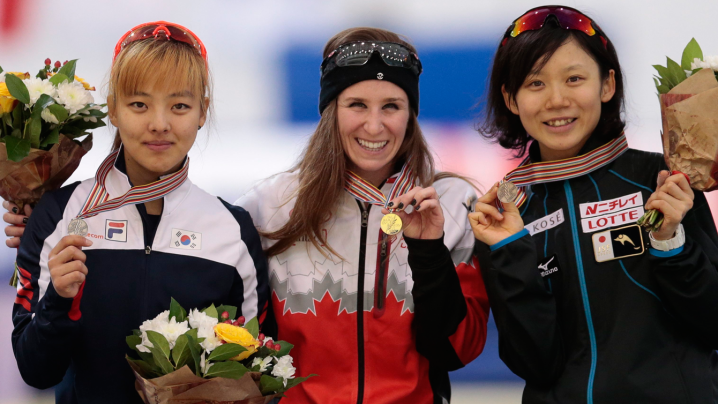 After setting the 10,000m world record at the second World Cup in the fall of 2015, Bloemen suffered a laceration to his left shin, keeping him out of the next two stops. But he put that behind him when the calendar turned to 2016, winning his second 5000m bronze of the season before his historic world championship silver.

It was Canada’s first ever 10,000m medal in the 20-year history of the world single distances championships. 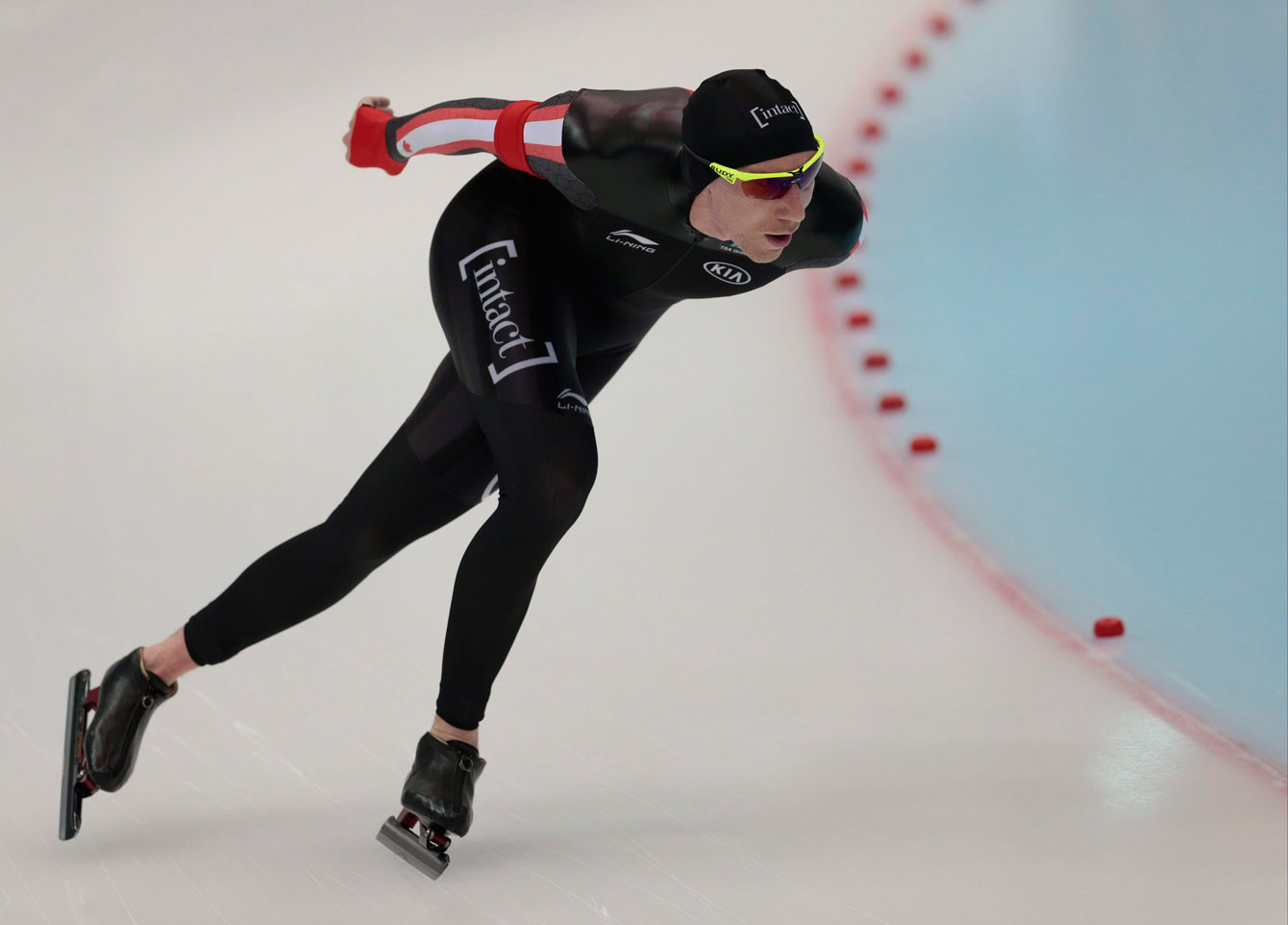 Ted-Jan Bloemen, of Canada, competes to take the silver at the men’s 10,000 metres of the World Single Distances Speed Skating Championships in Kolomna, Russia, on Thursday, Feb. 11, 2016. (AP Photo/Ivan Sekretarev)

But for even more perspective consider this: the 10,000m is one of the original Winter Olympic events, going back to Chamonix 1924. Canada’s only Olympic medal in the distance was the bronze by Frank Stack at Lake Placid 1932. But that was against a diluted field, partly due to the controversial decision to race pack-style, similar to today’s short track, instead of the traditional pairings where times decide the results. There were no Dutch skaters and one of the most decorated speed skaters ever, Clas Thunberg of Finland, refused to compete.

Since then, the distance has been dominated by Europeans, with the Netherlands winning 20 medals and Norway claiming 17. Meanwhile, Canada’s best result after the bronze was Arne Dankers’ ninth place finish at Turin 2006, the last time a Canadian even qualified for the Olympic 10,000m.

Years of training and then 12'36"30 got me a WR,Oscar Mathisen Award and now CAN skater of the year! #OneLeafOneTeam pic.twitter.com/4sSBFm0jMu

Bloemen is certainly on track to change that. Just a few weeks ago he was on the podium in the only 10,000m World Cup of the 2016-17 season. He was also the winner of the 2016 Oscar Mathisen Award, given annually to the most outstanding speed skating performance of the season. First awarded in 1959, Bloemen is just the fifth Canadian to ever earn the honour and the first Canadian man to receive it since Jeremy Wotherspoon in 2008.

Meanwhile Blondin has proven to be one of the most consistent competitors in the mass start, an event that will make its Olympic debut at PyeongChang 2018.

Her gold medal at the 2016 World Single Distances Championships improved on the silver she won the year prior. Beginning with the first World Cup of the 2015-16 season, she reached the podium in nine straight international races before that streak was snapped at the fourth World Cup of the current season. She had finished second in the overall World Cup mass start standings in 2015-16 thanks to three silver and two bronze medals. 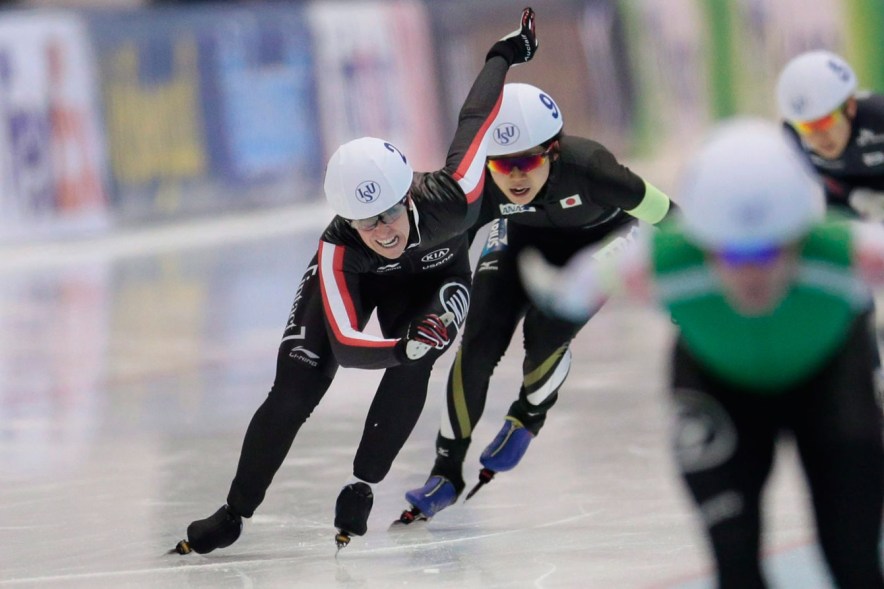 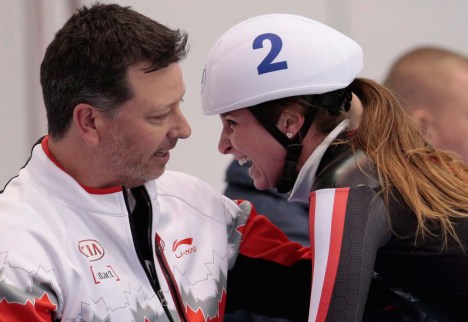 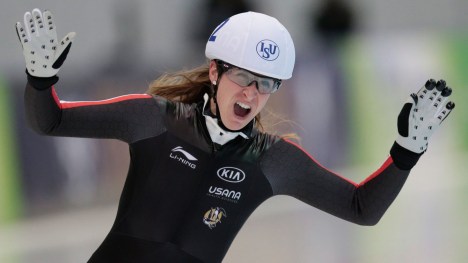 No real surprise that Bloemen and Blondin were Speed Skating Canada’s Long Track Skaters of the Year.