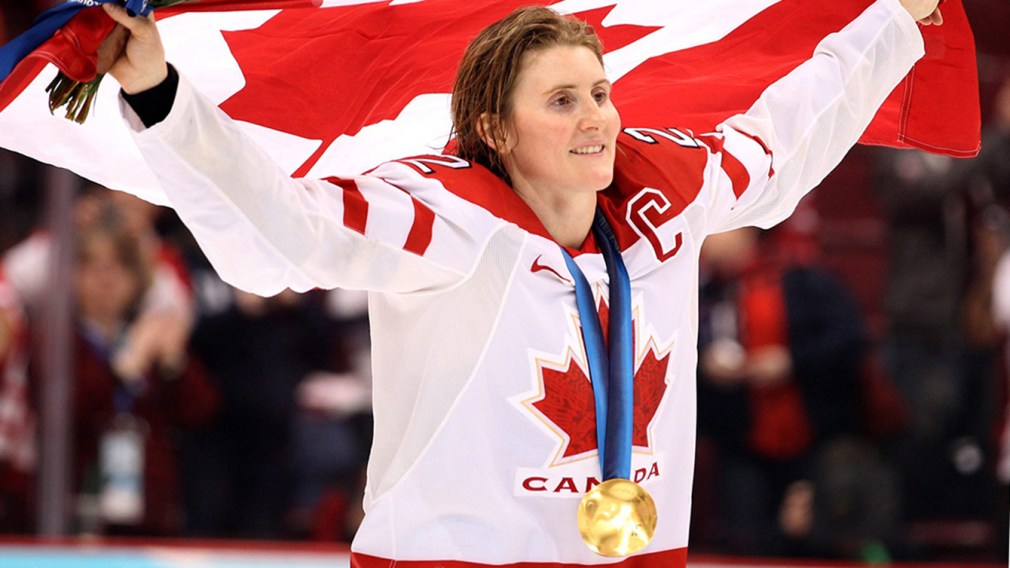 Number 22 is hanging up her skates.

Hayley Wickenheiser, viewed by many as the greatest female hockey player ever, announced her retirement on Friday.

The 38-year-old from Shaunavon, Saskatchewan revealed her decision on Twitter, made so that she could finally attend medical school and spend more time with her son, Noah.

Dear Canada. It has been the great honour of my life to play for you. Time to hang em up!! Thank you! #grateful #graduationday #canada pic.twitter.com/qzEo6sTgP2

A six-time Olympian – attending five Games for hockey as well as Sydney 2000 for softball – Wickenheiser is one of just five athletes in the world to win gold medals at four straight Winter Games. Those four gold medals are a Canadian Winter Olympic record, which she holds with retired teammates Jayna Hefford and Caroline Ouellette. She also has a silver medal from the Olympic debut of women’s hockey at Nagano 1998, tying her for second all-time among Canadian Olympic medallists. 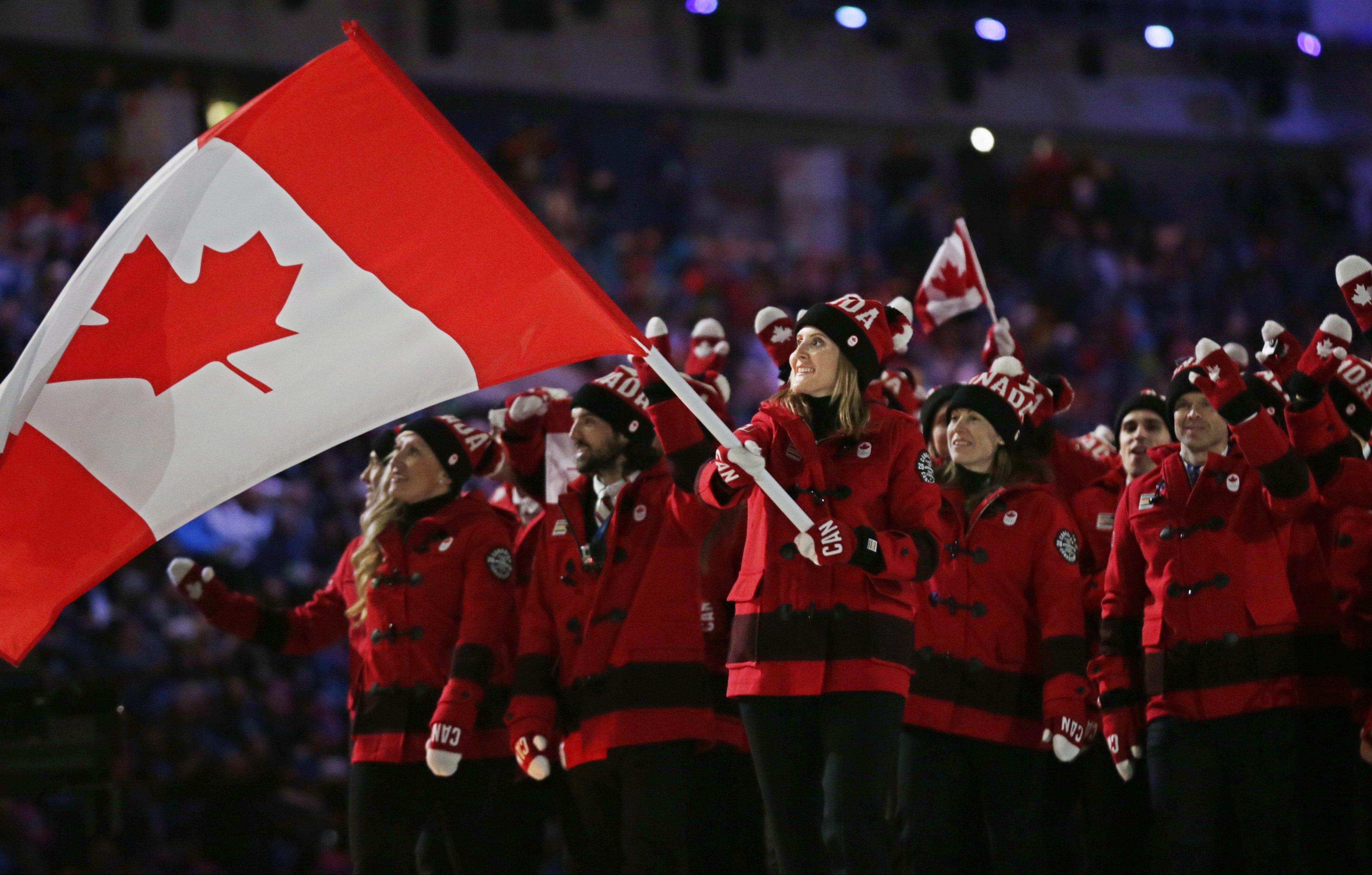 Hayley Wickenheiser of Canada carries her country flag as they arrive during the opening ceremony of the 2014 Winter Olympics in Sochi, Russia, Friday, Feb. 7, 2014. (AP Photo/Matt Dunham)

Wickenheiser was the MVP of the Salt Lake City 2002 and Turin 2006 women’s hockey tournaments, leading the scoring at both.

At Sochi 2014, she led Team Canada into the Opening Ceremony as the country’s flag bearer and was elected to the IOC Athletes’ Commission. Four years earlier at Vancouver 2010 she had been selected to take the Athletes’ Oath. 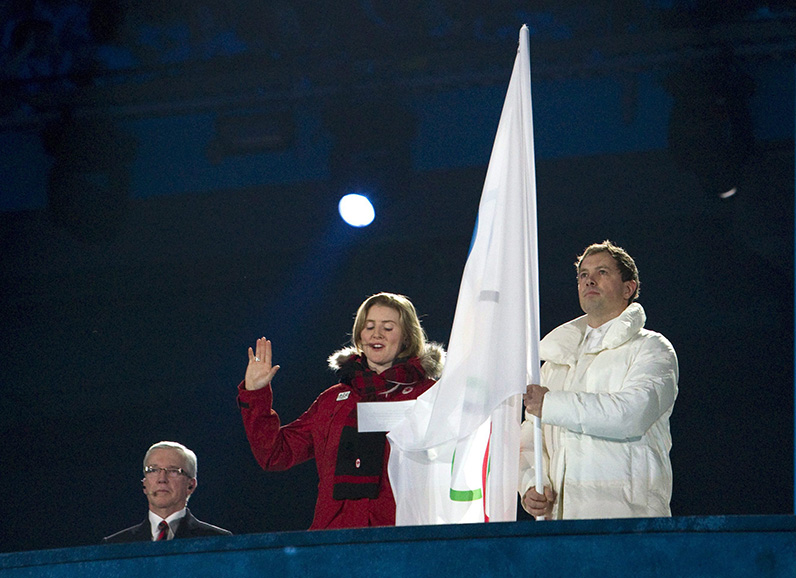 Wickenheiser joined Canada’s National Women’s Team in 1993-94, making her world championship debut at just 15 years old as the youngest ever Canadian at the IIHF Women’s World Championship. Last year in Kamloops marked her 13th world championship appearance, but she played reduced minutes following surgery in 2015 to have a plate and eight screws inserted in her left foot.

She walks away with seven world championship gold medals. 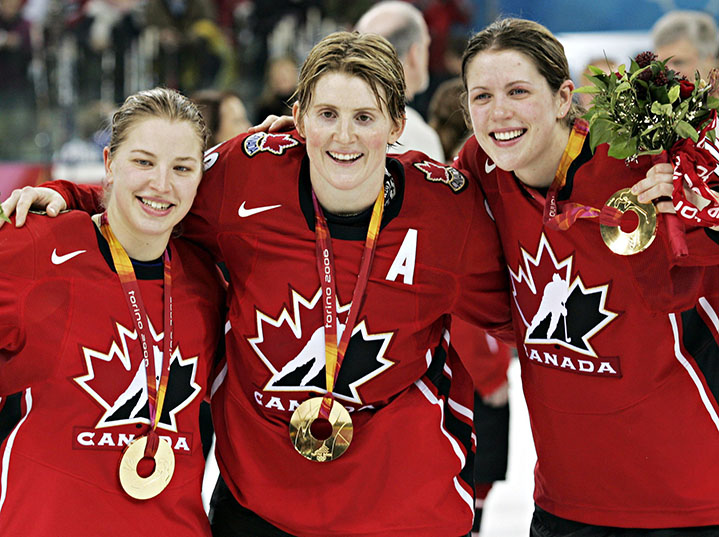 Wickenheiser is Canada’s all-time leading scorer in women’s hockey, notching 379 points – 168 goals and 211 assists – in 276 international games. In 2007 she won the Bobbie Rosenfeld Award as Canada’s female athlete of the year.

Wickenheiser also tried her hand at playing professionally with and against men in Europe, becoming the first woman to ever score a goal in a men’s pro league. In 2014 she received a star on Canada’s Walk of Fame.

@wick_22 Hayley, you are the GOAT! You were the perfect choice to rep our team in Sochi as flag bearer. Canada says thank you 4 everything!

Four-time Olympic champion Hayley Wickenheiser retires from hockey
This and That: Marathoner Marchant on her comeback, Elle Woods and burgers
Shuttlecock and balls: The fastest moving objects in sport
Getting vertical: The highest jumps in sport
What is the difference between racquetball and squash?
Korea 101: Korean Customs and Traditions