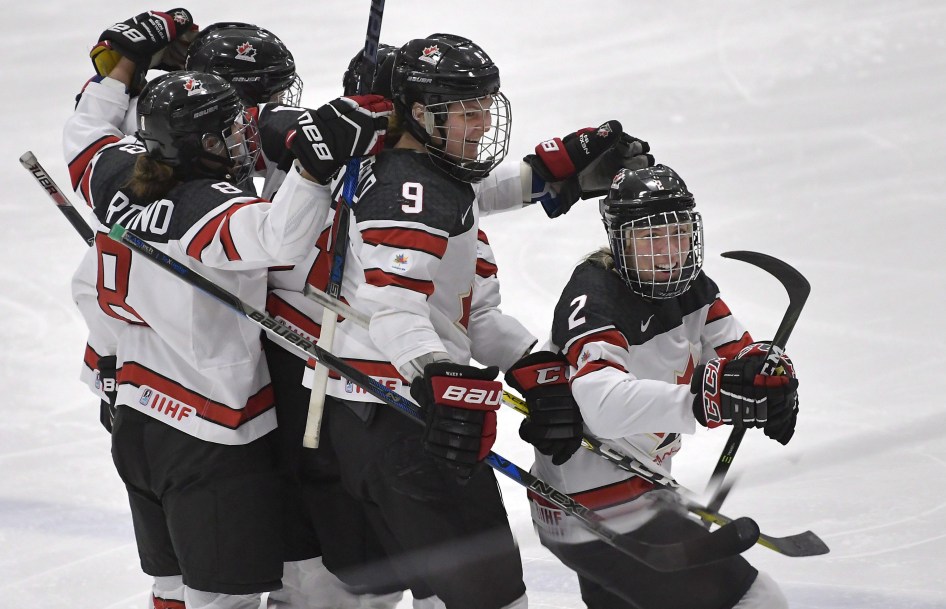 For the fourth straight time at the IIHF Women’s World Ice Hockey Championship, Team Canada has had to settle for silver.

Plenty of Canadian fans had crossed the border to help pack the house in Plymouth, Michigan and they were treated to an exciting game that featured the 18th meeting in a world championship final between the two rivals.

By many accounts, the first period was the fastest ever seen in women’s hockey with lots of back and forth action, but the Canadians did a good job of dictating the play. Just a minute after the opening faceoff, the Canadians took advantage of a turnover in their own zone. Jennifer Wakefield was able to skate away on the odd man rush and Meghan Agosta quickly caught up to take the feed and roof it over the shoulder of American netminder Nicole Hensley. 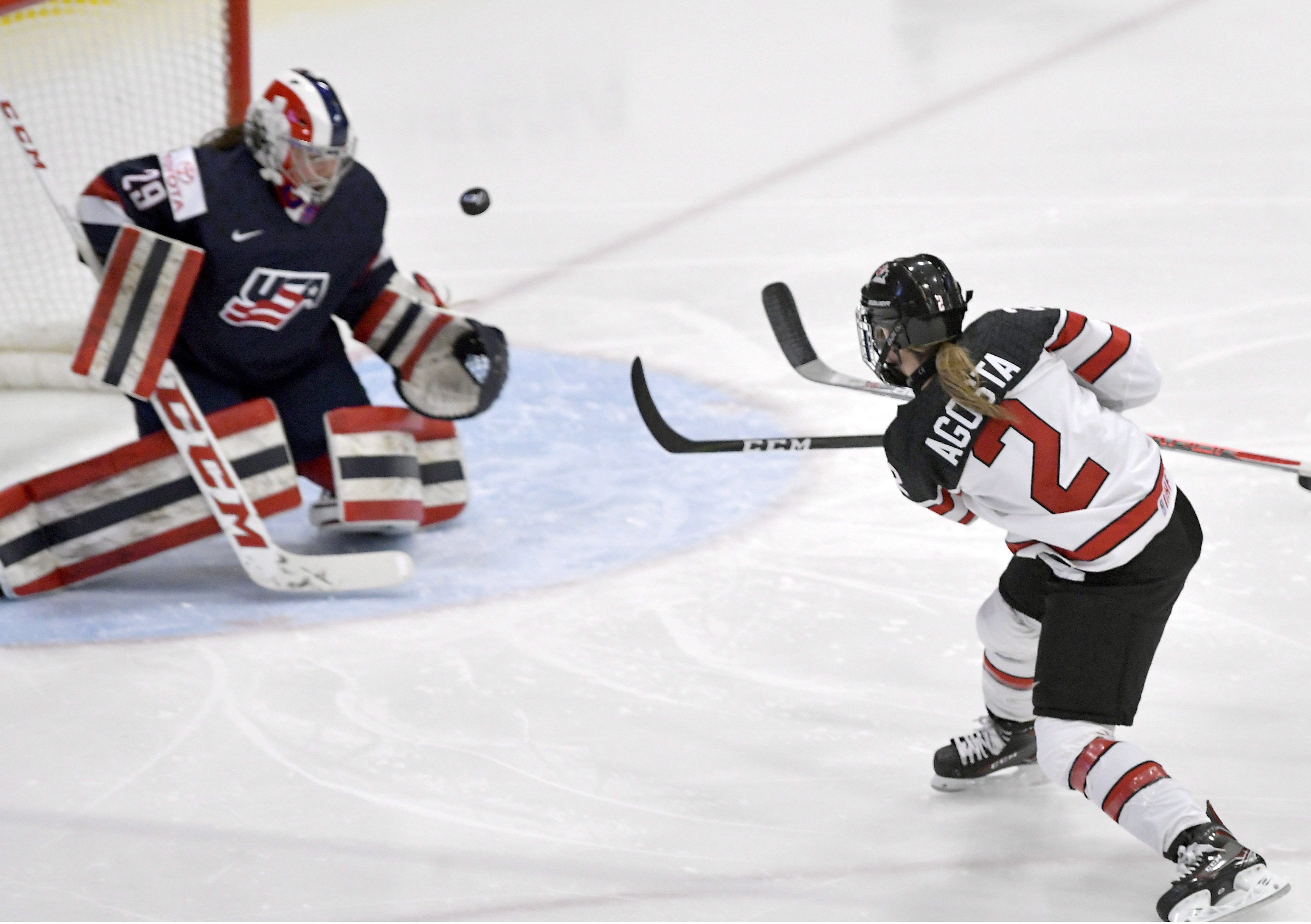 The Americans tied it up three and a half minutes later. Off the faceoff, the puck got back to the point where Kacey Bellamy’s slapshot was slightly redirected by Haley Irwin past Shannon Szabados, who had posted shutouts in her last two games. But the Canadian goalkeeper came up strong late in the first period when Laura Fortino was off serving a penalty for high sticking, keeping the game 1-1. Canada had a chance to break the tie with just over a minute to play but Natalie Spooner wired her snapshot off the post.

Early in the second, Szabados withstood some serious pressure from the Americans, who were all around her crease. Just past the midway mark, Bailey Bram snapped a shot, trying to use Bellamy as a screen, but Hensley snagged it with her glove. While both teams had their chances, neither could capitalize, sending it to the third period deadlocked. 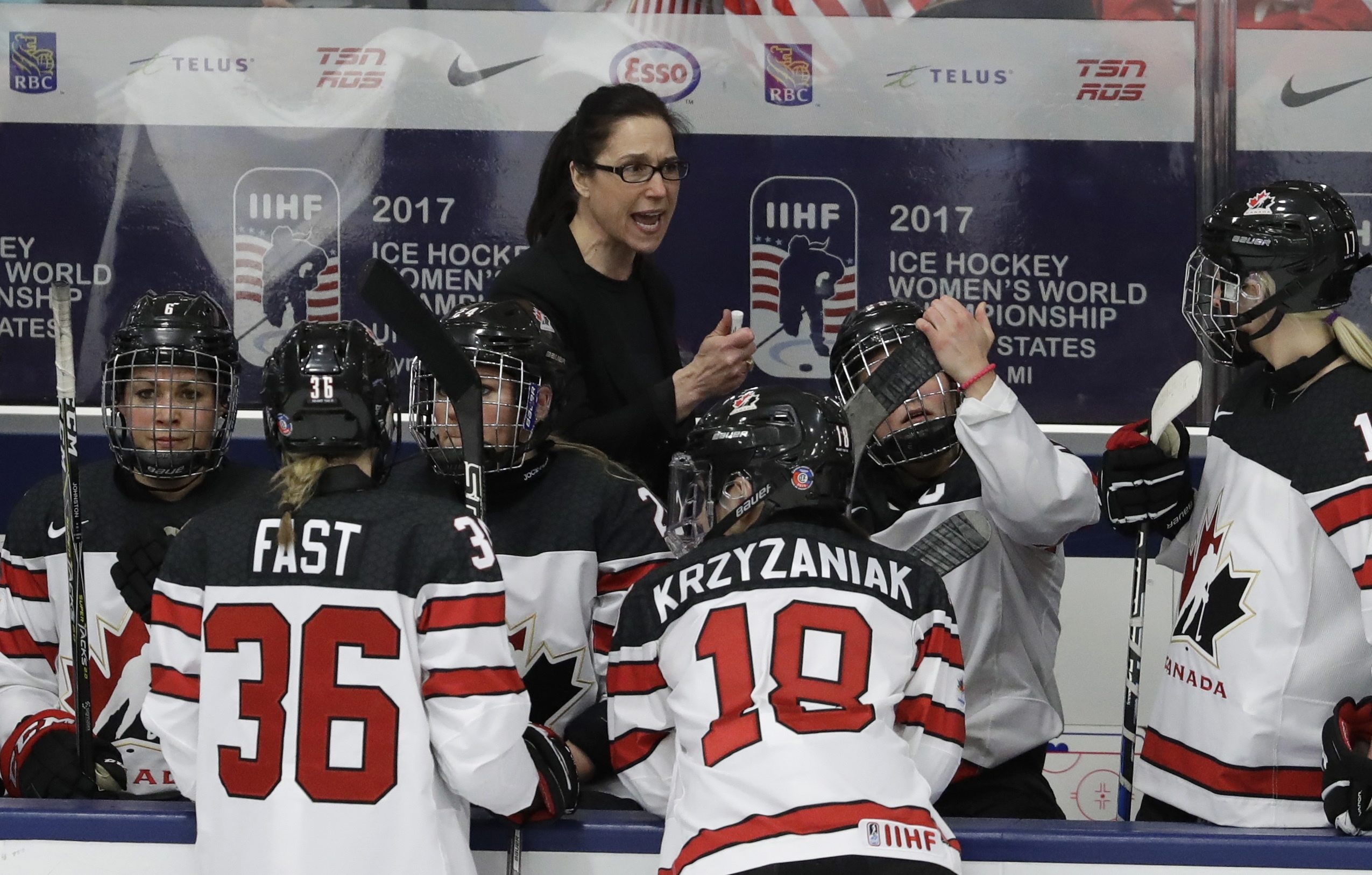 Canada coach Laura Schuler talks to the team during the second period against the United States in the gold-medal game of the women’s world hockey championships, Friday, April 7, 2017, in Plymouth, Mich. (AP Photo/Carlos Osorio)

Less than a minute into the final frame, Bellamy notched her second goal of the night after Hilary Knight fed it to her out front via a backhand between-the-legs pass from beside the net to give the US the 2-1 lead.

After a collision at centre ice involving Spooner, Alex Carpenter had a great opportunity to extend the lead but Szabados came up with the huge save to keep it a one goal game.

On a power play midway through the period, the Canadians believed Brianne Jenner tied it up after a streaking Marie-Philip Poulin had brought the puck down the ice. But while the players celebrated, the referee had actually waved it off. However, video replay confirmed that the puck just crossed the goal line inside Hensley’s pad. 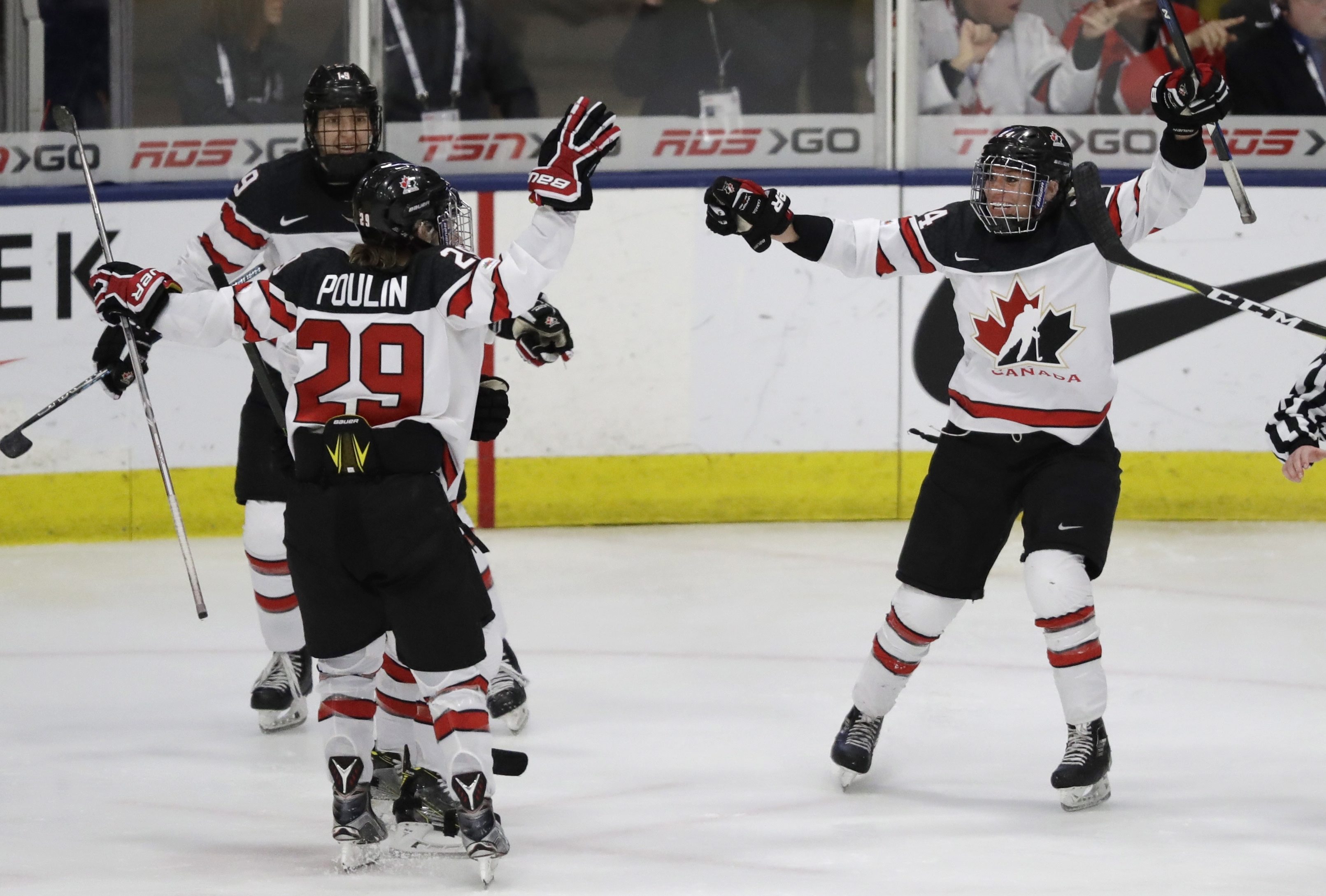 With just over two minutes to go, Jocelyne Larocque was sent to the box for tripping. But the Canadians killed off the penalty, sending the gold medal game to overtime for the fourth time in the last six world championships.

Both teams had chances in the first minute of overtime, first the Canadians and then the Americans as the play quickly went end to end. The US attack was relentless as the period went along, but Canada kept escaping. Eight minutes in, with the Canadians in desperate need of a line change, the puck squeezed through Szabados but not past the goal line as Halli Krzyzaniak swept it away.

But with 9:43 to go in the overtime, the US attack came through as Kendall Coyne dropped the puck back to Knight who put it over Szabados for the winner.

The Canadians had a rough start to the tournament, dropping their opener a week ago 2-0 to the United States. The next day the women’s national team lost its first ever game to Finland in the 71st meeting between the two countries. A dominant 8-0 win over Russia helped Canada secure a bye to the semifinal, where they avenged their loss to the Finns, coming up with a 4-0 victory to set up the gold medal showdown with the US.

While Canada has won the last four Olympic gold medals, no world title has come north of the border since 2012. 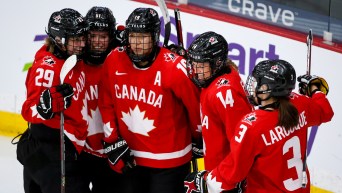 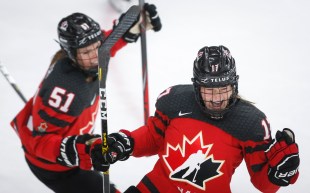