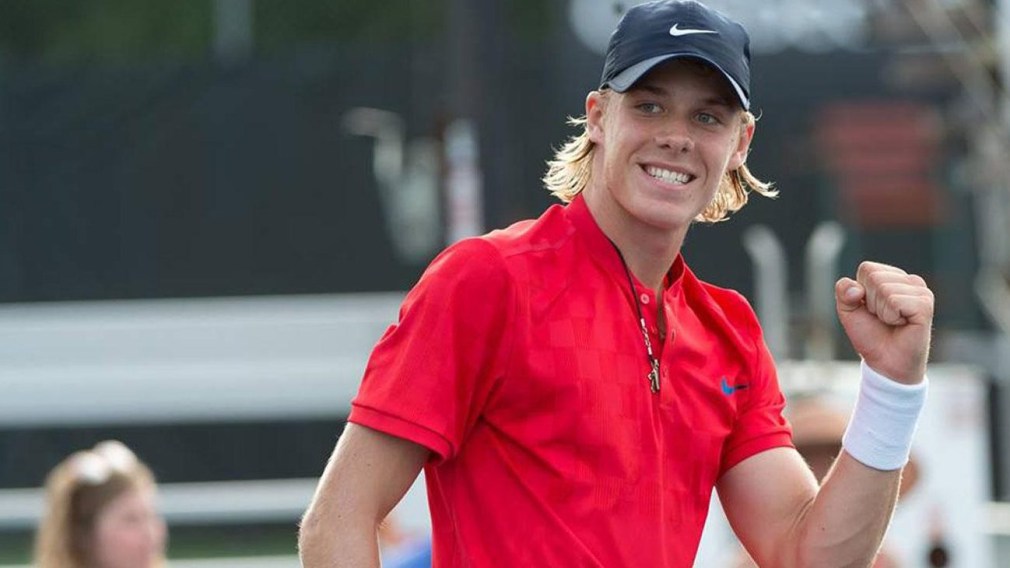 From the world championship pool in Budapest to a Grand Prix court in British Columbia and many places in between, Team Canada athletes distinguished themselves by writing a few pages in the history books this weekend.

Here’s a closer look at some of the excitement:

Jennifer Abel certainly had a week to remember. The 25-year-old diver began the FINA World Championships in Budapest, Hungary with a silver medal last Monday in the 3m synchro event with Mélissa Citrini-Beaulieu. On Friday, she added a bronze in the individual 3m springboard. But she wasn’t done there. Abel and François Imbeau-Dulac capped off the last day of pool diving with a bronze medal performance in the mixed 3m synchro event.

Sydney Pickrem made a splash on Sunday, breaking her own Canadian record in the women’s 200m individual medley at the FINA World Championships.

In the first of two semifinals, the Canadian swimmer touched in 2:09.17, which qualified her for the final in third place behind defending Olympic and world champion Katinka Hosszu of Hungary and American Melanie Margalis. Pickrem had previously set the record at 2:09.56 at the national trials in early April. Unfortunately, she was unable to finish the final, climbing out of the pool after the opening butterfly leg, having taken on water which severely impeded her.

Canada just missed out on medals in two other events. On Sunday, the women’s 4x100m freestyle relay finished fourth. The anchor swimmer was Penny Oleksiak who was just shy of an individual medal on Monday with her fourth place finish in the 100m butterfly.

Also on Monday, Kylie Masse broke her own Canadian record in the 100m backstroke semifinals. The Olympic bronze medallist swam 58.18 to beat the mark of 58.21 she had set at the national trials. Just six one-hundredths (0.06) from the world record, she was the fastest qualifier for Tuesday’s final, giving her a prime lane location in the middle of the pool next to reigning world champion Emily Seebohm of Australia.

Read: World Tour silver for Pavan and Humana-Paredes in Poland

Battled through a thrilling finals against @larissaetalitaoficial and came away with a silver 🥈 Hard to swallow but can't not smile because I'm having so much fun with @sarah_pavan each week constantly learning. Now, soo looking forward to @swatchmajorseries FIVB WORLD CHAMPS next week in Vienna!! 😍🔥

Sarah Pavan and Melissa Humana-Paredes got themselves back on a beach volleyball World Tour podium Sunday morning, winning silver at the 4-star stop in Olsztyn, Poland. The Canadians lost the final in three sets to top-seeds Talita Antunes and Larissa Franca of Brazil. This is the fourth World Tour podium of the year for the first-year partners who will head into the world championships later this week.

The Canadian women’s volleyball team made history on Saturday by winning their first Grand Prix home game in Richmond, B.C.

Team Canada claimed a 3-1 (20-25, 25-17, 25-17, 25-21) win over Peru. Veteran Kyla Richey led the team to victory, scoring 22 points and 17 kills. Canada’s Elly Wendel joined Richey in the spotlight, contributing a total of 20 points for Canada. The Canadian block also proved untouchable with Canada putting up 18 to Peru’s six. That was the team’s third victory in this year’s World Grand Prix, the most a Canadian women’s team has ever earned in the tournament.

Feels amazing to capture my 2nd ATP Challenger Title. It was a very tough week and I had to battle extremely hard. Thanks to all my sponsors and supporters for the constant encouragement. Also thanks to my team for the countless amount of work they have put into me. They have given me the best chance to compete at the level I am on. Lastly, special thanks to my mom Tessa who took the week off from her Academy @tessatennis and came to coach me in Gatineau for the week ❤ onto Granby now 💪#DontStopFighting #Gat10-0

Denis Shapovalov and Aleksandra Wozniak made Canada proud by capturing the National Bank Challenger on Sunday in Gatineau, Quebec. This marks the second straight year that Canadians swept the tournament’s singles titles.

Shapovalov put in an impressive performance, defeating defending champion Peter Polansky 6-1, 3-6, 6-3. The 18-year-old broke Polansky twice early in the match and had two aces in the first set. Polansky fought back with an early break in the second, however Shapovalov fired off three of his nine aces in the third set to earn the victory. This is Shapovalov’s third win of the year after also winning both the Gatineau Futures and Drummondville Challenger.

Twenty-nine-year-old Wozniak also came out on top, beating Ellen Perez of Australia 7-6(4), 6-4 for her first title since 2012.

Canadian Roundup: Rewriting record books and international podiums
Team Canada and Hudson’s Bay unveil Tokyo 2020 uniform kit
Wearing the maple leaf: Team Canada through the decades
What is the difference between racquetball and squash?
Shuttlecock and balls: The fastest moving objects in sport
Getting vertical: The highest jumps in sport